Minnesota Opera has appointed Priti Gandhi as chief artistic officer, a newly created position that completes the four-person creative team that will start planning the 2019-20 season as soon as she arrives.

The 2018-19 season was announced in March. The final production of the opera’s 55th anniversary season, Massenet’s “Thaïs,” opens Friday at the Ordway.

Mumbai-born Gandhi comes to Minnesota from San Diego Opera, where she currently serves as artistic administrator. She will join President and General Director Ryan Taylor, Creative Advisor to the President Dale Johnson, and Chief Production Officer Karen Quisenberry to form the creative team. Creative advisor is a new role for Johnson, who has served as the opera’s artistic director for more than 30 years.

In a statement, Taylor described Gandhi as “an experienced artist, a skilled administrator and a respected voice in the opera community.” Gandhi, a soprano, stepped away from a 20-year singing career in 2014 to join the administrative team at the San Diego Opera. Soon after, the opera’s former leadership announced plans to shut down the company. Gandhi is credited with being part of the team that helped save it.

Accordo is on the move. Some of us may recall that the acclaimed chamber group of principal players and concertmasters from the SPCO and Minnesota Orchestra, which formed in 2009, started out at MacPhail and the Southern Theater. In early 2012, Accordo moved to Christ Church Lutheran in south Minneapolis. It relocated last year to Plymouth Congregational Church on Nicollet, where it wrapped up its 2017-18 season Monday night.

Where next? The newest of the new: Westminster Hall at Westminster Presbyterian Church, completed in January 2018. Four Monday evening concerts will take place there, starting Oct. 8, 2018, and continuing Dec. 3; Feb. 4, 2019; and March 11, 2019. A fifth concert on April 16, 2019, will be held at the Ordway Concert Hall. This now annual event will feature silent films and original live music by composer and pianist Stephen Prutsman.

Accordo will also play four Tuesdays at Icehouse following the Westminster concerts. These will be abbreviated versions of the Monday night events, in a club, with cocktails.

The new season, titled “Schubertiade,” will focus on chamber music by Franz Schubert including the String Quintet in C Major, the Trout Quintet and the Piano Trio in E-flat Major. Guest musicians will include pianists Shai Wosner and Gilles Vonsattel, double bassist Zachary Cohen and cellist Peter Wiley, formerly of the Guarneri Quartet.

View the complete season including each program and guest artists here. Packages go on sale May 29 at 9 a.m., single tickets Aug. 1 at 11 a.m.

Schubert Club Mix will return for a sixth season, which is not at all surprising. The brainchild of Schubert Club Artistic and Executive Director Barry Kempton was a good idea from the start and still is. Kempton wanted to offer alternatives to more traditional concert venues – places where classical music felt less formal and the audience could feel more relaxed. Mix events have been held at Aria in downtown Minneapolis, in TPT’s Street Space in Lowertown, in the former Bedlam and in St. Paul’s Summit Beer Hall. 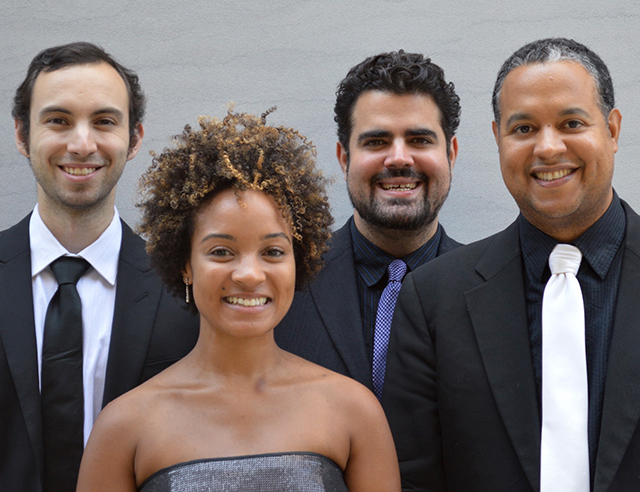 Photo by Amy Schroeder
On Nov. 7, the Harlem Quartet will bring its mix of classical and jazz-influenced music to the Summit Beer Hall.

The 2018-19 Mix will launch Tuesday, Oct. 2, at Aria with Scottish violinist Nicola Benedetti and pianist Alexei Grynyuk. On Wednesday, Nov. 7, the Harlem Quartet will bring its mix of classical and jazz-influenced music to the Summit Beer Hall. On Thursday, Feb. 21, 2019, the “accidental brass quartet” known as the Westerlies will play a new venue for Mix: the Machine Shop in the St. Anthony Main neighborhood. Tuesday, March 26, will bring the Los Angeles Guitar Quartet to the Hill Center in St. Paul. On Thursday, May 9, the relatively new ensemble Chalaca (clarinet, harp, percussion) will play at the Machine Shop. The season will end May 23 at TPT Street Space with a partially staged opera by Schubert Club composer-in-residence Reinaldo Moya, with mezzo soprano Clara Osowski among the singers.

The Accordo and Schubert Club Mix seasons are just two of several presented each year by the Schubert Club, which also brings us the International Artist Series, Music in the Park, Courtroom Concerts, Family Concerts and the Hill House Chamber Players. Plus it runs the Schubert Club Museum on the second floor of Landmark Center.

Pen Pals 2018-19 might not have the blinding megawattage of 2017-18 – a season that included Alan Alda, Jennifer Egan, Dan Rather, Colson Whitehead and wrapped last week with Jesmyn Ward – but it’s awfully good. 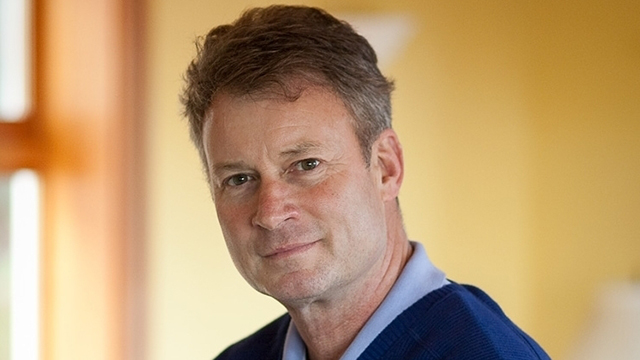 The longest-running literary series in the Twin Cities, presented by the Friends of the Hennepin County Library, is not a readings series, but a lecture series. Don’t worry about the word “lecture.” Every Pen Pals we’ve seen has been thoroughly engaging, including Art Spiegelman’s occasionally blue, e-cigarette-punctuated 2014 dash through a career that includes the Pulitzer Prize-winning graphic novel “Maus.”

This year’s lineup starts Sept. 27 and 28 with Timothy Egan (no relation to Jennifer), the Pulitzer Prize-winning reporter and National Book Award winner for “The Worst Hard Time,” about the dust storms on the Great Plains during the Depression. Amor Towles (Oct. 11-12) is the author of “A Gentleman in Moscow,” a New York Times best-seller. Min Jin Lee (Oct. 25-26) is the author of “Pachinko,” a finalist for the National Book Award and a Top 10 Book of the Year. Lauren Groff (Feb. 7-8, 2019) is the New York Times best-selling author of three novels including, most recently, “Fates and Furies.” Her new book, “Florida,” comes out June 5. Celeste Ng (May 2-3) is the author of “Little Fires Everywhere” and winner of the 2014 Asian/Pacific American Award for Literature.

Subscription renewals are open. New subscribers may buy now and get on the list for priority seating. Individual tickets go on sale Aug. 1.

Now at the Uptown: “RBG.” Directed by Julie Cohen and Betsy West, this documentary about Supreme Court justice Ruth Bader Ginsburg – a.k.a. the “notorious RBG” – opened the Minneapolis St. Paul International Film Festival. It’s a delightful, enlightening and sobering portrait of a woman who has done tremendous things for women. Most of us probably don’t have a clue how much she has done. FMI and tickets.

Wednesday at the Fitzgerald: The Thread Live with Arundhati Roy. MPR’s Kerri Miller hosts a rare conversation with the Man Booker Award-winning author (“The God of Small Things”) whose latest, “The Ministry of Utmost Happiness,” journeys across the Indian subcontinent. 7 p.m. FMI and tickets ($25-50).

Friday at Uptown Church: Sally Kohn presents “The Opposite of Hate: A Field Guide to Repairing Our Humanity.” MPR’s Stephanie Curtis moderates a presentation by the writer, activist, CNN political commentator, host of the “State of Resistance” podcast and former Fox News contributor. 7 p.m. Free.