Each year on Mother’s Day weekend, thousands of people converge on the St. Croix River Valley in east central Minnesota, a scenic area of small towns, rolling hills, and winding roads, to look at pots, meet potters, and buy pots. They come from the Twin Cities of Minneapolis and St. Paul (about an hour’s drive) and from all over the United States. Some fly in from England, Korea, Chile, New Zealand, and Japan. Once a large group arrived by bus from the Smithsonian in Washington, D.C.

Many are collectors on an annual pilgrimage. Some are stopping on their way to the cabin, lured by signs showing a red pitcher on a yellow background. Most have learned to like pots, thanks in large part to the tour. When you see a lot of good pots, handle them, and talk with the people who made them, pots grow on you.

Since its inaugural year in 1993, the annual St. Croix Valley Pottery Tour, which began as a low-key, self-guided tour of seven pottery studios, has evolved into a destination event with a national reach and reputation. It will take place Friday morning through Sunday afternoon this weekend. Arguably the first all-pottery tour in the United States, it has inspired dozens more and pioneered ways to be successful.

In Minnesota and Wisconsin, the tour has helped to cultivate a widespread appreciation and affection for handmade pots — a culture of pots. It is a primary reason that there are handmade pots in so many cupboards and on display in so many homes. Because of the tour, eating, drinking, and serving from one-of-a-kind plates, mugs, bowls, casseroles, platters, and pitchers has become standard practice for large numbers of people. Once you drink morning coffee from a handmade mug, a production cup seems lackluster. Pots are uniquely, subversively intimate. What other art form do you raise to your lips, cradle in your hands, and trust with your food?

The original potters on the tour were Robert Briscoe, Will Swanson and Janel Jacobson, Richard Vincent, Linda Christianson, Jeff Oestreich, Richard Abnet, and Warren MacKenzie. All had studios near Minnesota State Highway 95. In 1994, the second year, Connee Mayeron signed on; by 1996, MacKenzie was no longer involved. Several potters began inviting guest potters, from Duluth and Wisconsin, Illinois, Nebraska, and California. For the 25th tour in May 2017, 52 guests came from 17 states and England. Past years have seen guests from Norway, Jamaica, Australia, and New Zealand. All guests – more than 100 to date – have been potters with substantial reputations, maintaining the tour’s high level of quality. 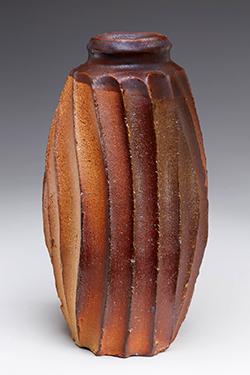 Taking place over three days (Friday–Sunday), the tour draws 4,000 to 5,000 people each year. In a typical year, 7,000 to 10,000 pots are on display. No one has kept hard counts, but it is estimated — conservatively — that more than 100,000 pots have been sold throughout the history of the tour. Most are functional and meant to be used. The money goes directly to the potters, with no middleman. For some hosts and guests, the tour provides a substantial part of their annual income. It has enabled them to earn a living making pots, and it has shown young artists that they can too.

A national model, the St. Croix Valley Pottery Tour is run by artists who like peace and quiet and want to make pots, not go to meetings. There’s no staff, board, or advisory committee. How has it lasted so long? The foundational ideas were elegantly simple and borderline laissez-faire: We all make pots, so let’s have a sale together. Pottery only, and all the potters must be in attendance. Hosts choose their own guests, with a limit of eight per studio. Hosts decide how to set up and manage their own sites. Because it’s important to be welcoming and hospitable (and restaurants in the St. Croix Valley are scarce), let’s provide food and drink. (Some hosts bring in food trucks. Feeding thousands is hard work.)

Every potter, host or guest, pays a fee to the tour for marketing and advertising. Much of that expense goes toward printing and mailing tens of thousands of full-color posters. Each year, a portion of proceeds from the tour is donated to regional arts and educational projects.

For the first 16 years, the tour was a two-day event, on Saturday and Sunday. In 2009, Friday was added, a decision not every host loved but agreed to try. Friday is now the tour’s biggest day. 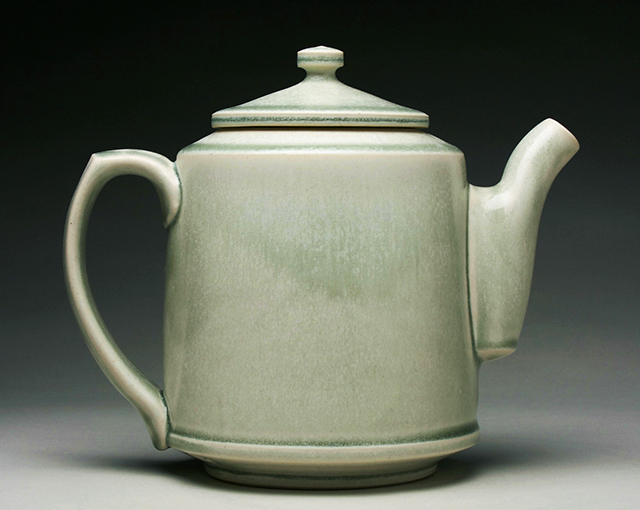 Most of the founding potters are still making pots and hosting. Richard Abnet retired from the tour after 2004 and died in 2011. In 2009, Guillermo Cuellar, a native of Venezuela who moved to the St. Croix Valley in 2006, became the first new host since the earliest years. The next generation of potters is now stepping up. In 2016, Matthew Krousey bought Robert Briscoe’s home and studio; Briscoe was Krousey’s guest at the 2017 tour. In 2018, Ani Kasten, formerly of Mount Rainier, Maryland, will take over for Connee Mayeron.

Because of the tour, pots have become part of everyday life for many Minnesotans. From them, we’ve learned to see a bit differently, set a table more deliberately, eat or drink more mindfully. We’ve felt the artist’s fingers on the rim of a plate or the curve of a handle and noticed how a glaze can look like a painting. Maybe we’re more aware of shapes and textures. Maybe we hang out at the dinner table longer. It’s amazing what a lump of clay can do, in the right hands.

Minnesota’s culture of pots: A look inside the St. Croix Valley Pottery Tour