It took a bit after Sarah Rasmussen’s arrival for the Jungle Theater to get in step with the rest of the Twin Cities theater community. The Jungle’s season started in February and ran through November. Meanwhile, most other theater seasons started in the fall and ended the following summer. After a slight lurch – a 2018 season that began in January and ends in August – the Jungle is now with the program. Its 2018-19 season, announced Monday, starts Sept. 15 and closes Aug. 18, 2019. At last, there is order in the theater universe.

The Jungle’s 2018-19 season is also the longest in its history: seven plays. It includes the theater’s first-ever commission. It’s jam-packed with newness. Everything on the season is either a world premiere, a co-world premiere or a regional premiere. And women are everywhere: in the plays, writing the plays, directing the plays.

Sept. 15-Oct. 21: The world premiere and Jungle commission of Kate Hamill’s “Little Women.” Hamill is one of the top 20 most-produced playwrights of 2017-18. The Guthrie produced her “Sense and Sensibility” (adapted from Jane Austen) in 2016. Rasmussen will direct Hamill’s adaptation of the Louisa May Alcott novel. Christina Baldwin and Wendy Lehr will star.

Dec. 1-30: The co-world premiere and co-commission (with theaters in Chicago and the Bay Area) of “The Wickhams” by Margo Melcon and Lauren Gunderson. Gunderson is today’s most-produced living playwright. She and Melcon are the pair behind last year’s “Miss Bennet,” the Jungle’s first holiday show and a total delight. Christina Baldwin directed “Miss Bennet” and will return for this; Sun Mee Chomet, Kelsey Didion and James Rodriguez will reprise their roles; and Angela Timberman will star as the housekeeper. It’s rather daring to center a play on dumb-as-a-post Lydia Wickham and her husband, George, a scoundrel and a cad. We’ll expect Mr. Darcy (Rodriguez) to teach Wickham a thing or two.

Jan. 12-Feb. 10, 2019: The regional premiere of Lucy Kirkwood’s “The Children,” a near-future drama about the aftermath of a nuclear power station disaster and a recent best Play Tony nominee. Casey Stangl will direct.

March 16-April 14: The regional premiere of Jocelyn Bioh’s “School Girls; Or, the African Mean Girls Play.” This comedy about the similarities and differences among teenage girls across the globe just co-won the 2018 Lortel Award for Outstanding Play. Shá Cage will direct; Ghanaian-Minnesotan fashion designer Jacqueline Amissah-Addison will design the costumes; Seitu Jones will design the sets.

Dates and venue TBD: A pop-up performance of the regional premiere of Duncan MacMillan’s “Every Brilliant Thing.” A funny one-person play about depression that premiered on Broadway on 2014 and was filmed as an HBO documentary. Arizona Theatre Company Artistic Director David Ivers will star.

May 18-June 16: The regional premiere of Bess Wohl’s “Small Mouth Sounds,” a play that asks, “How do we address life’s biggest questions when words fail us?” Its humor has been described as “awkward and insightful.” Lauren Keating, the Guthrie’s associate producer, will make her Jungle directing debut. Jim Lichtscheidl, Christina Baldwin and Eric Sharp will star.

July 20-Aug. 18: The world premiere of Josh Tobiessen’s “Stinkers.” Tobiessen penned “Lone Star Spirits,” a hit at the Jungle in 2017. Rasmussen, his wife, directed that and will direct this, too. The big news is Sally Wingert has been lured back to the Jungle after an absence of almost 15 years to portray the “felonious Meemaw” of two adorable kids.

Season subscriptions are on sale now. Single tickets go on sale in August.

Twin Cities PBS (TPT) announced Friday that after 21 years, Jim Pagliarini will retire as its president and CEO. Pagliarini came to the Twin Cities in 1997 from Reno, Nevada, where he founded the PBS station and became one of public broadcasting’s youngest station leaders. He also served on the national board of PBS. In 2006, he took a half-time year of absence from TPT to lead strategic planning for all the public televisions across the country. 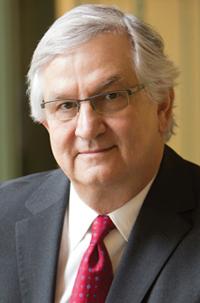 Under Pagliarini’s leadership, TPT has served our local community and established a strong presence nationally. It is consistently among the most-viewed PBS stations in America. Milestones include the launch of the Minnesota Channel (2003), now a national model for public broadcasting community partnerships, and two national digital services, Next Avenue (2012) for adults over 50 and Rewire (2016) for young adults. A $40 million campaign, completed in 2015, allowed for investments in new digital work and the renovation of TPT’s HQ in Lowertown to include a street-level presence and public space. More than 45,000 people have visited since. (In June, the Twin Cities Jazz Festival will move in with two days of live music.)

“TPT has the best executive team in its history … and is solid financially,” Pagliarini said in a statement. “The time is right for us to find a new leader who can build on that strong foundation” A search for his successor will begin immediately. Pagliarini will stay until a new leader is named, likely before the end of October. 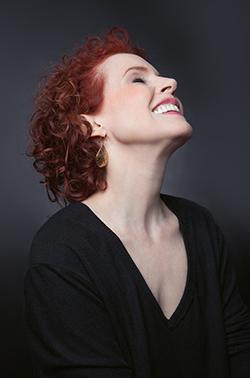 Tonight (Tuesday, May 15) at Crooners: Lynne Arriale Trio CD Release. The exquisitely poetic pianist and composer is out with her 14th recording as a leader. Called “Give Us These Days,” the set of six originals and three arrangements (including “Let It Be” and “Woodstock”) reflects on the precious, ephemeral nature of existence. The album was recorded with two musicians from the Netherlands; Arriale will play here with Chris Bates and Cory Healey. In the Dunsmore listening room with the Steinway grand. 7:30 p.m. FMI and tickets ($25).

Now at the Film Society’s St. Anthony Main Theatre: “The 12th Man.” Action-adventure with a capital A and without a single Avenger. The true-life story of a Norwegian resistance fighter who eludes the Gestapo for months is a nail-biter, a tear-jerker, and an astonishing tale of survival. Jan Baalsrud (Thomas Gullestad) has his toe shot off, for starters, and must rely on the kindness of strangers to keep him alive in the Arctic, at a time when that kindness could get them killed. Jonathan Rhys-Meyers is his relentless pursuer. You’ll forget you’re hearing Norwegian and reading subtitles. This film played to sold-out crowds at MSPIFF. FMI including times, tickets and trailers. Ends Thursday.

Wednesday at Minneapolis Central Library: Talk of the Stacks: Tracy K. Smith. Mega-literary-star-wattage. Smith is the 22nd United States Poet Laureate, a Pulitzer Prize winner (for “Life on Mars”), a memoirist (for “Ordinary Light,” a finalist for the National Book Award), and a Graywolf author. You can hear her read for free, most likely from her latest, “Wade in the Water,” a look at the nature of citizenship. 6:15 p.m. doors, 7 p.m. seating. Free.

Thursday at the Dakota: Ranky Tanky. Five long-time friends from North Carolina got together to sing some Gullah songs – music from the descendants of West African slaves who have their own culture in the Lowcountry and the Sea Islands. After Terry Gross invited them to “Fresh Air,” their eponymous album zoomed to No. 1 on Amazon, iTunes and the Billboard jazz charts. Their music isn’t a nostalgia trip or a time machine; all five of the band members are working musicians who live in the modern world. But it rings with authenticity, sincerity and truth. And it’s fun. You can read more about Ranky-Tanky here. 7 p.m. FMI and tickets ($30-42).

Friday and Saturday at the Walker: Jason Moran and the Bandwagon with Ryan Trecartin, Lizzie Fitch and Ashland Mines: “The Last Jazz Fest.” Moran’s relationship with the Walker began in 2001 and has continued through five engagements and a residency. Since 2014, Moran has been artistic director for jazz at the Kennedy Center. The Walker is currently presenting his first museum exhibition, titled “Jason Moran,” and this weekend Moran will give two performances of what he’s calling “The Last Jazz Fest.” Joining his influential trio Bandwagon (Moran on piano, Tarus Mateen on bass, Nasheet Waits on drums) will be DJ Ashland Mines and videographers Lizzie Fitch and Ryan Trecartin. In the McGuire Theater. 8 p.m. both nights. FMI and tickets ($35/28 members). The exhibition is here through Aug. 26.