In the run-up to Sunday’s Soundset hip-hop festival at the Minnesota Fairgrounds, longtime friends Rep. Keith Ellison and Rhymesayers rapper Brother Ali met for a conversation at Icehouse. The occasion was a new episode of Spotify’s (formerly NPR’s) hip-hop podcast, “Microphone Check,” hosted by Ali Shaheed Muhammad of A Tribe Called Quest and journalist Frannie Kelley.

Muhammad told the crowd, “We wanted to be here in Minneapolis with this particular conversation because I feel that you guys don’t get proper shine. A great history of music has come from this city, and specifically with regard to hip-hop, there hasn’t been enough shine, or discussion, or spotlight on it.”

(Here’s where we briefly interrupt ourselves to say that Toki Wright, who lost his job as head of the Hip-Hop Studies department at McNally Smith College of Music “after the owners caused the closing,” has just accepted a new position at Berklee College of Music in Boston. Our loss.)

Kelley noted that she was the only one on stage who had eaten that day. (It’s Ramadan, and Ellison, Ali and Muhammad are Muslims.) Ellison later remarked, “I have enough money so I can eat every day. When I’m fasting, I have to remember the 2 billion people in this world who are not fasting, they just don’t have any food. And literally hundreds of thousands of people in Minnesota who are food insecure.”

No surprise, the conversation dipped into politics. Here are a few edited and condensed takeaways.

Frannie Kelley: Do you think that artists have a responsibility to speak up? Especially when things are so intense? Or is that an unfair burden we put on people who are prominent in some way?

Keith Ellison: I don’t know if the artists have a responsibility or not, but I know there’s never been any successful social movement that didn’t have artists that encouraged it. Woody Guthrie sang about people trying to make a living in very difficult circumstances. Marvin Gaye … can you imagine the ’60s without Marvin Gaye? Then 1989 and A Tribe Called Quest. … The moment we’re living in is super important. Representative democracy is imperiled. We’ve got to have somebody who’s going to inspire people to organize, come together, and work together, because some people want to divide and conquer you. Music to me is inseparable from the forward march.

Frannie Kelley: How do you get people to register and go out and vote? Should hip-hop even be doing that?

Brother Ali: I would love to be able to move people in mass numbers to do a specific thing. That’s not the gift I was given. … When I was making songs about go vote, come protest, do this, do that, people were kind of like – “ehhh. That’s not what we go to you for. Talk to me about your feelings again. When you’re feeling emotional about something, highs, lows, joys, woes, then come talk to me again.”

Keith Ellison on the need to vote: Don’t think for one hot second that if you sit it out, if you think the system is so broken you’re not even going to participate, that somehow it’s going to magically get better because you’re going to punish the system by not participating in hopes that it will improve. That’s fantasy. Go register to vote.

Brother Ali on Keith Ellison: I really love this person. The thing that draws me to my brother Keith is that so many of us say we’re going to go into the system and change it from within. A lot of people say that. But once you get that proximity to power, if the world is just a material place to you, if it’s just tangible things, then that access to power, that access to money, that access to fame – you will lose yourself. Unless you have something spiritual that’s more powerful to you than those things.

You can hear the whole podcast – and others with artists including Raphael Saadiq, Talib Kweli, and streetwear designer Answer Carrots – at Microphone Check on Spotify.

Roderick Cox, associate conductor of the Minnesota Orchestra, just won the biggest grant given to young American conductors in the United States.

The $30,000 Sir Georg Solti Conducting Award, given by the Solti Foundation, may be used by artists to further their careers in various ways including music studies, language studies, buying scores and traveling. It also brings door-opening introductions within the industry and valuable access to mentors. 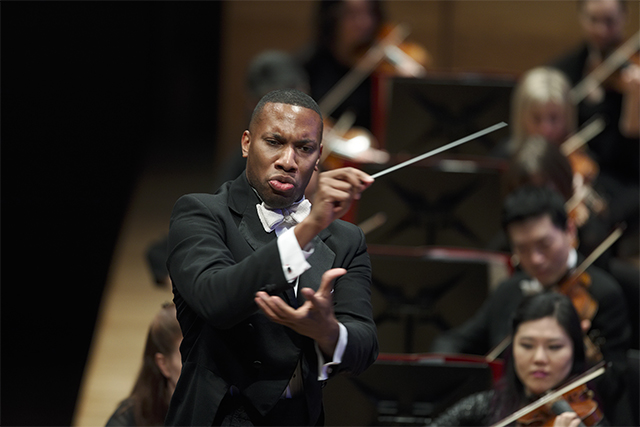 In 2017, Cox won a Solti Foundation Career Assistance Award. In a statement, board chair Penny van Horn said, “Roderick continues to demonstrate the promise we witnessed over a year ago. … It is exciting to follow his development on the national and international orchestra and opera stages.”

He’s about to move on. His last official Minnesota Orchestra concerts as associate conductor will take place on July 27 during Sommerfest. In August, Cox will tour South Africa with the orchestra, serving as cover conductor and taking part in educational activities. His calendar already includes a subscription concert debut with the Los Angeles Philharmonic in November 2018 and his opera debut with Houston Grand Opera in January 2019. No doubt we’ll see him again at Orchestra Hall, as a guest conductor.

Tonight (Wednesday, May 30) at Magers & Quinn: Steven Hyden presents “Twilight of the Gods: A Journey to the End of Classic Rock.” David Bowie, Prince and Tom Petty are dead. Some rock legends are still on the road; others are retiring, bringing an end to an era that started in the late 1960s. Hyden is a rock critic and cultural analyst who has written for the New York Times Magazine, the Washington Post, Rolling Stone, Billboard, Pitchfork and more. His new book, a mix of memoir, criticism and journalism, tells the story of what the music meant and how it will be remembered. Hyden will be in conversation with Keith Harris of City Pages. 7 p.m. FMI. Free.

Tonight at Crooners: Bill Carrothers, solo piano. Cool off in the Dunsmore Room while Carrothers takes off his shoes and settles in for an hour or two of who knows what on the Steinway grand. Formerly of Minneapolis, then New York City, now a diehard resident of Michigan’s U.P. and much loved in Europe, Carrothers is an artist worth seeing multiple times. Not only is each time different, it’s usually beautiful and often revelatory. 7:30 p.m. FMI and tickets ($15-20).

Friday through Sunday at the Cowles: Cantus Covers: A Pop Concert. Speaking of classic rock, Cantus is on a run of covering entire albums for its annual pop concert. Last year it was the Beatles’ “Sgt. Pepper’s Lonely Hearts Club Band,” the year before the Beach Boys’ “Pet Sounds.” This year it’s Fleetwood Mac’s “Rumours.” These are songs many of us know and love, in new arrangements that (mostly) work, sung by a superb men’s vocal ensemble, backed by a band. The “Covers” concert is always a good time. Queen’s “Bohemian Rhapsody” is their usual encore and they do that very well. 7:30 p.m. Friday and Saturday, 3 p.m. Sunday. Also next Thursday and Friday, June 7 and 8, at 7:30 p.m.  FMI and tickets ($27-37/$10 students). 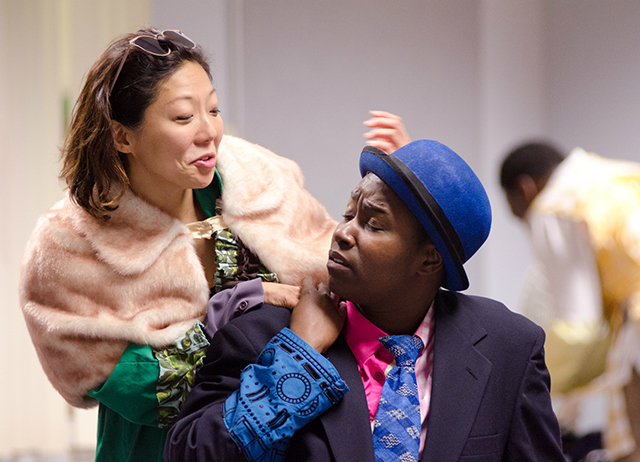 Photo by Paula Keller
Sun Mee Chomet and Joy Dolo in a scene from “Good Person of Szechwan.”