In 2014, after turning over the reins to Randy Reyes, Shiomi retired from Mu. Johnson retired from a career of teaching theater at Augsburg. What should they do next? How about … found another theater?

Full Circle Theater presented its first play, “Theater: A Sacred Passage,” in 2015 at Dreamland Arts. The original devised work told the stories of the company’s five core artists: Shiomi, Johnson, James Williams, Lara Trujillo and Stephanie Lein Walseth. Next came “365 Days/365 Plays: A 2017 Remix,” Full Circle’s version of Suzan-Lori Parks’ magnum opus, staged at Penumbra. It was one of the 25 best things we saw and heard in 2017.

Starting Friday, May 4, Full Circle will give the world premiere of Barbara Kingsley’s “Under This Roof” at the Guthrie’s Dowling Studio. Kingsley, a former member of the Guthrie’s acting company and a familiar face on Twin Cities stages, now lives in New York City. Her new play takes place in a segregated black neighborhood in Cleveland in the 1940s. When a man has a serious accident, his wife needs household help. The woman she hires is white.

We spoke with Shiomi on Wednesday.

MinnPost: Why did you decide to start a new theater company at this time of your life?

Rick Shiomi: My work with my wife, Martha Johnson, goes back to the beginning of Theater Mu. We’ve had a long working relationship in theater. We decided we’d like to work on something that was more inclusive for both of us. So that idea was developing in our minds, and then there were several artists we wanted to work with that we didn’t usually get to work with. People like James Williams, Lara Trujillo and Stephanie Lein Walseth. When we approached them, they were interested. Since Martha and I had been thinking about this when we were at Mu and Augsburg, that’s how it was able to happen so quickly.

I wanted the opportunity for myself to do some further work in a different area than Asian American theater. And I didn’t want to create a company that would compete with Mu.

MP: When we spoke at Penumbra after “365 Days,” you described Full Circle as “a theater born from the moment we’re in.” What did you mean by that? 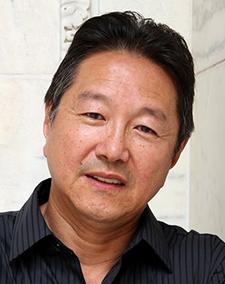 RS: The moment we’re in, to me, is one where the theater community – its composition and perception – is changing. It has been changing pretty significantly in the Twin Cities and also in North America for the last 10 years. If you look 20 years back, it has changed tremendously. Theater in the Twin Cities in the 1990s was nothing like it looks like now. The whole balance of diversity in terms of different companies, and in terms of the casting in existing companies like Park Square Theatre and the Guthrie, has changed. But there’s not a company like Full Circle that is truly, totally committed to multiple diversity in the very heart of the work of the company, and in the very makeup of the company. That is what I meant by being in the moment. A wave is happening. We’re part of that wave. Not too far ahead of it, but not behind it either.

MP: You also said that while other companies strive for diversity, Full Circle was “born that way.”

RS: That’s our particular niche. Many other companies are evolving, and some are evolving very quickly, but we were born of that idea and are committed to that work at the very heart of the artistic mission and the artistic decision-making process.

RS: It’s a huge territory. But it’s not all of those elements all of the time. No one play, no one production can define all that. If you look at our body of our work over the next five years or so, you’ll start to see that range and those ideas at play. Different values will take priority in different productions. It opens the field of potential work for our company. At the same time, we’re always trying to be true to those values, however they show up in any given production.

RS: At least three. What surprises me is it’s already been three years. The time is passing so quickly! Now we’re thinking at least three years out, moving toward a five-year plan. To me, that’s the birth of the company. The first five to seven years are establishing the company.

MP: Will you continue to produce one play each season?

RS: We’re getting to at least two productions a year, or at least one mainstage play plus a couple of collaborations. Where it’s not such a huge financial commitment. Certainly, the company’s activity and programming are growing. It’s a big challenge, but we’re looking forward.

RS: In general, I personally am in favor of color-blind casting. In some cases, it becomes an unfortunate thing. Inadvertently, a director who isn’t aware of the dynamics ends up casting the Asian American actor in the servant’s role. You know what I mean? Sometimes color-blind casting can take you into a weird kind of tokenism that doesn’t reflect well on the company or the actor, or the play. 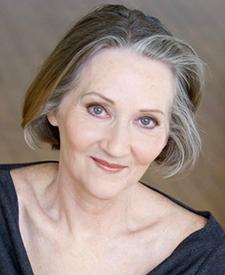 To me, color-conscious casting is the next step forward. At least when you’re doing this kind of diverse casting, you’re thinking about some of the impacts and implications of the casting you choose. To me, that’s the difference. The consciousness element means thinking about what you’re doing, rather than saying, “We want a diverse cast, so we’re just going to cast a bunch of people of color.”

MP: How did Full Circle come to do Barbara Kingsley’s “Under This Roof”?

RS: The play was brought to the company by James Williams, who is a longtime peer actor friend of Barbara Kingsley. He was aware of it and interested in it. We trusted his judgment.

MP: This is a play where color-conscious casting matters. It’s about a black family hiring white help.

RS: That’s one of the elements. An element James focused on more is the relationship between the black husband and wife. To him, that’s the through line. But the reality of that time period, the late 1940s, and a white woman going to work for a black family is a loaded situation. It’s always going to be part of the play. Another element of the play is disability. That’s a huge part of our process.

MP: When you’re doing just one play a year, which one is a big decision.

RS: Early on, we agreed to respect the decisions by the five core artists. James really wanted to direct this play and have the company produce it. We respected that and trusted his judgment. It is a big decision. But we’re looking at a pattern of five years, not one or two years.

MP: What else should we know about Full Circle Theater?

RS: Things are starting to take off. We just got a major grant from the McKnight Foundation. This production and the next [not yet announced] will put us on the map in many ways.

Full Circle Theater’s production of Barbara Kingsley’s “Under This Roof” opens Friday, May 4, in the Guthrie’s Dowling Studio. James Williams is director; the assistant director is Roxane Battle, former KARE 11 news anchor. The play has a cast of four: Yolande Bruce, Brian A. Grandison, Laura Esping and Nathan R. Stenberg. FMI and tickets ($9). Closes May 20.

‘Under This Roof’ to premiere at Guthrie’s Dowling Studio