There’s a shocker at the end of “Fellow Travelers,” the opera that opened at the Cowles Center last weekend about the persecution of gays and lesbians during the McCarthy era. Not a spoiler, but a shocker if you’re learning about it for the first time.

On Jan. 9, 2017, John Kerry, in his final days as secretary of state, issued a formal apology for the “lavender scare” of the 1950s, when thousands of LGBTQ government employees lost their jobs. Donald Trump was sworn in on Friday, Jan. 20. On Monday, Jan. 23, the apology disappeared from the State Department’s website.

But it’s only shocking for a moment. Because, well, today. The current administration is no friend to LGBTQ people.

Pride, which officially began Sunday with the Pride Family Picnic, is a celebration. “Fellow Travelers,” a new Minnesota Opera production, is not. Don’t let that stop you from going.

The music is beautiful. Opera must evolve or it will surely die. But some contemporary opera can leave listeners used to Mozart and Puccini wondering what just happened. Composer Gregory Spears’ score is lush and expressive, full of strings and colored with brass. It’s minimalist and Philip Glassy one minute, Baroque and ornamented the next. Yet it pairs well with librettist Greg Pierce’s plain-spoken, vernacular libretto. The beauty of the music contrasts sharply with the grimness of the era being portrayed, a time of fear, paranoia, finger-pointing and betrayal, throwing the latter into relief. Daniela Candillari leads a 17-piece orchestra in the pit.

The story is compelling. “Fellow Travelers” is based on the book by Thomas Mallon. Hawkins “Hawk” Fuller, sung by baritone Hadleigh Adams, works for the State Department. Tim Laughlin, sung by tenor Andres Acosta, is just out of college and newly arrived in Washington, D.C., with ambitions to work for the government. They meet in Dupont Circle and begin a love affair. It’s passionate, romantic, and complicated. Also forbidden. With Joseph McCarthy on the hunt for homosexuals – gays were considered deviant and susceptible to blackmail by enemy agents – you know this can’t end well. But nobody dies, which is almost unheard of in a tragic opera. Although one scene could turn into “Tosca,” it doesn’t. Thankfully.

The cast is awesome. Adams and Acosta are exceptional singers of Spears’ demanding score. Seven more singers, most making their Minnesota Opera debuts, play multiple characters. Mezzo-soprano Adriana Zabala, known and loved by Minnesota Opera fans, shines in a pivotal role as Mary Johnson. She works for Hawk and befriends Tim. Tolerant, compassionate, level-headed and kind, she’s the conscience of the story. And Zabala’s singing is terrific.

This feels like a step forward for the Minnesota Opera. Through its New Works Initiative, launched in 2008, the Minnesota Opera has shown its commitment to growing the repertoire. So far, NWI has brought us “Dinner at Eight,” “The Manchurian Candidate,” “The Shining” and “Silent Night,” winner of the Pulitzer Prize, among other new operas and revivals. But “Fellow Travelers” is different. It was added to 2017-18 after most of the season was announced. It’s at the Cowles, not the Ordway. The Minnesota Opera hasn’t performed in Minneapolis since 1993; is this also a step westward? “Fellow Travelers” was scheduled to coincide with Pride, giving it currency and immediacy (which is not easy to do with this art form). The opera arranged several community events in support of the opera. On Thursday, July 12, the Minnesota Opera Center in Minneapolis will host a post-production picnic with a facilitated conversation. FMI.

The program includes a warning: mature content, sexual situations. Some seats around us were empty after the intermission. Maybe people left. Maybe they moved closer.

Dayton’s Monkey at the Science Museum

Remember when a character on the hit Netflix series “Stranger Things” was spotted wearing a Science Museum of Minnesota hoodie? And the Science Museum made a bunch of them and they sold like crazy? (Half-a-million dollars crazy, according to the Pi Press.) 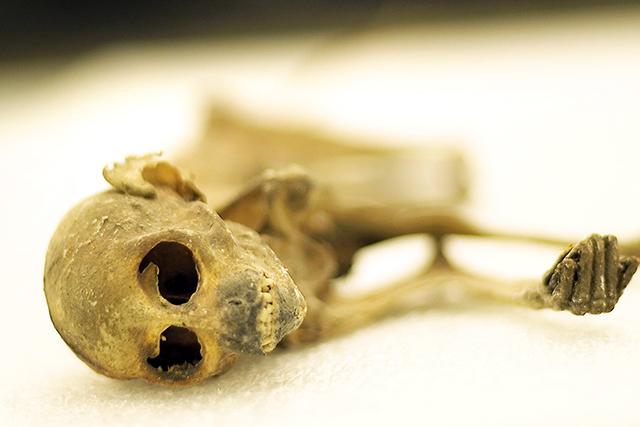 This isn’t the same, but it’s sort of the same. The naturally mummified monkey – found in an air duct during the renovation of the former Dayton’s department store on Nicollet Mall, now and forever known as the Dayton’s Monkey — went on display at the Science Museum last week. Why? Because mummification = science and the monkey made headlines. (The Science Museum also has a human mummy you can see in the Human Body Gallery.)

The Dayton’s Monkey is in the lobby, so you can view it for free. It will be there through Sept. 3. The little buddy is on temporary loan to the Science Museum, where experts in caring for specimens like this one have given it TLC.

Tonight (Tuesday, June 19) at the Dakota: Kenny Garrett. It’s been a minute since the incendiary alto saxophonist graced a local stage. Garrett made his mark early on, playing in Miles Davis’ band, performing and recording with Art Blakey, Woody Shaw, the Duke Ellington Orchestra and other big names. He has since made nearly 20 recordings and played with people like Sting and Q-Tip. 7 and 9 p.m. FMI and tickets ($20-40).

Wednesday at Jazz Central Studios: Mateusz Smoczynski Solo. A rare opportunity to see a world-class musician in the homey basement jazz club in northeast Minneapolis. Award-winning Polish jazz violinist Smoczynski spent four years performing and recording with the Grammy-winning Turtle Island Quartet. He has played the world’s great festivals and collaborated with artists including Bobby McFerrin, Branford Marsalis and Richie Beirach. He’s touring behind his first solo release of all-original compositions. 7:30 and 9 p.m. FMI. $15 at the door, $8 with student ID. To reserve seats, RSVP by email to info@jazzcentralstudios.org.

Wednesday and Thursday at the Resonance Box: “In Pursuit of Silence.” Patrick Shen’s film is a meditative exploration of silence and the impact noise has on our lives. Shen takes us from a traditional Japanese tea ceremony in Kyoto to the streets of Mumbai, the loudest city on the planet. The Guardian called this “an elegant piece that will give you plenty to think about, if you ever get a quiet moment.” Here’s a trailer. 7 p.m. both nights. FMI and tickets ($15).

Wednesday through Sunday at the Gremlin: Walking Shadow presents “Equivocation.” The Gunpowder Plot, an early anti-government protest, has failed, and William Shagspeare (Shag, for short) is commissioned by King James to write the “true historie” of the event. When he discovers that the official version is a cover-up, our beloved playwright must choose: continue his investigation and lose his head, or take the money and lie? Bill Cain’s play was first produced at the Oregon Shakespeare Festival in 2009. Amy Rummenie directs. 7:30 p.m. Wednesday-Saturday, 2 p.m. Sunday. FMI and tickets ($26-10). Closes Sunday, June 24. 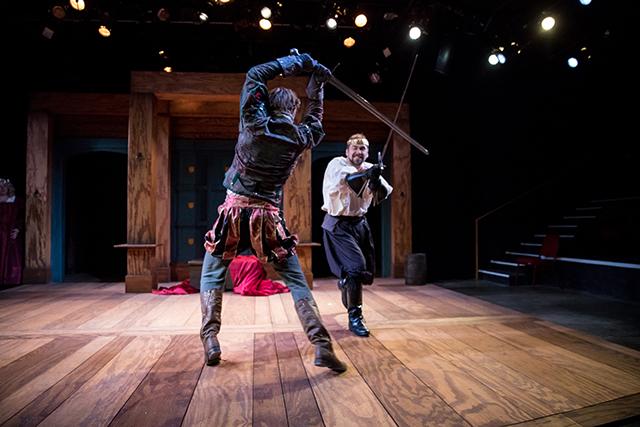 Thursday at the Science Museum: Solstice Day Celebration. Remember last winter? Sure you do! We’re headed that way again after Solstice Day, the longest day of the year, because on Friday the days start … getting shorter. Making the best of things, the Science Museum will hold an all-day party on the day when (scientific explanation alert!) “Earth’s semi-axis inclines more toward the sun, resulting in the most total daylight hours of the year in the Northern Hemisphere.” With live music, family-friendly yoga instruction, and hands-on summer science activities, all included with regular Science Museum exhibit galleries admission. And the Dayton’s Monkey in the lobby. Tickets here ($18.95 adults, $12.95 kids 4-12 and seniors).