For two weeks starting July 28, you can time warp back to the Baroque and the sounds of the harpsichord, viola da gamba, recorder and other period instruments. (Did you know a harpsichord’s strings are plucked, not struck?) Returning for its fifth year, the Twin Cities Early Music Festival, founded in 2013 as a one-day event, expanding to three weeks and settling into two, will take place July 28-Aug. 12.

Last year there were seven venues; this year, three. TCEMF Central will be the new Summit Center for the Arts and Innovation, the former St. Paul on the Hill Episcopal Church on Summit Ave. in St. Paul. Other concerts will be held at the Baroque Room in Lowertown and Hamline’s Sundin Hall. For the first time, TCEMF is partnering with the St. Paul Conservatory of Music. Keyboardist Donald Livingston is still running things, though he has relocated to Austin, Texas.

So far, the schedule lists nine concerts, but more will be added as the festival approaches. A few highlights from what we know now:

Aug. 1 in the Baroque Room: Music by Telemann performed by the faculty of the Baroque Instrumental Program, featuring Jaques Ogg on harpsichord, Wilbert Hazelzet on flute and Jaap ter Linden on gamba.

Aug. 2 in the Baroque Room: Flying Forms. The sonatas of J.S. Bach, with Marc Levine on violin, Tami Morse on harpsichord and Tulio Rondón on cello.

Aug. 8 at Summit Center: “For the Love of Bass: Music for Bass Viols, Celli, and Violone.” A concert of music for the low strings, plus harpsichord. With Jaap ter Linden, Julie Elhard, Rondón, Sarah Thomson, and Morse.

Aug. 9 at Summit Center: “Molto Obbligato.” Virtuoso works from the Italian Baroque, with Cléa Galhano on recorder, Rondón on cello and Livingston on harpsichord.

Aug. 12 at Summit Center: Closing the festival, Maria Jette will sing Andrè Campra’s “Arion,” and TCEMF will end with a reception.

The website is still in process, so don’t count on it too heavily yet. Check back as the festival approaches. Tickets ($20) will be sold at the door and will not be available online. Reduced pricing will be available for packages.

Marlon James’ next book will be huge

Marlon James’ Man Booker Prize-winning “A Brief History of Seven Killings” will become an Amazon TV series. And if movie or TV rights haven’t already been sold for his next novel, we would be deeply shocked. 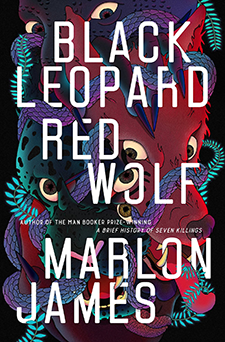 “Black Leopard, Red Wolf,” the first book in James’ new Dark Star Trilogy, an epic fantasy series, will be out Feb. 5, 2019. James describes it as an “African ‘Game of Thrones.’ ” (He also loves “Lord of the Rings.” And Ursula Le Guin’s Earthsea series.) On Wednesday, Entertainment Weekly, which has an exclusive on breaking the latest news about the trilogy, shared the official synopsis:

Tracker is known far and wide for his skills as a hunter: ‘He has a nose,’ people say. Engaged to track down a mysterious boy who disappeared three years earlier, Tracker breaks his own rule of always working alone when he finds himself part of a group that comes together to search for the boy. The band is a hodgepodge, full of unusual characters with secrets of their own, including a shape-shifting man-animal known as Leopard.

As Tracker follows the boy’s scent — from one ancient city to another; into dense forests and across deep rivers — he and the band are set upon by creatures intent on destroying them. As he struggles to survive, Tracker starts to wonder: Who, really, is this boy? Why has he been missing for so long? Why do so many people want to keep Tracker from finding him? And perhaps the most important questions of all: Who is telling the truth, and who is lying?

James has already titled (and is hard at work writing) the next two novels in the trilogy: “Moon Witch, Night Devil” and “The Boy and the Dark Star.”

Like Afrofuturism, like “Black Panther” ($1.3 billion box office as of May 22), James’ new series is about world building. He’s drawing maps. He may be inventing a language. Dark Star has huge written all over it. The book will make winter shorter.

See also The ridiculous weekend ahead part 1 and part 2.

Opens today (Friday, June 15) at the Film Society’s St. Anthony Main Theatre: “Back to Burgundy.” The official description: “Three siblings reunite at their home in picturesque Burgundy to save the family vineyard in this tender tale of a new generation finding its own unique blend.” So it’s a movie about wine, filmed in French wine country, starring beautiful young French people, in French with English subtitles? Do we hear “Clair de Lune” in the trailer? Does someone actually say “Love is like wine. It takes time”? We’re in. FMI including times, tickets and trailer. 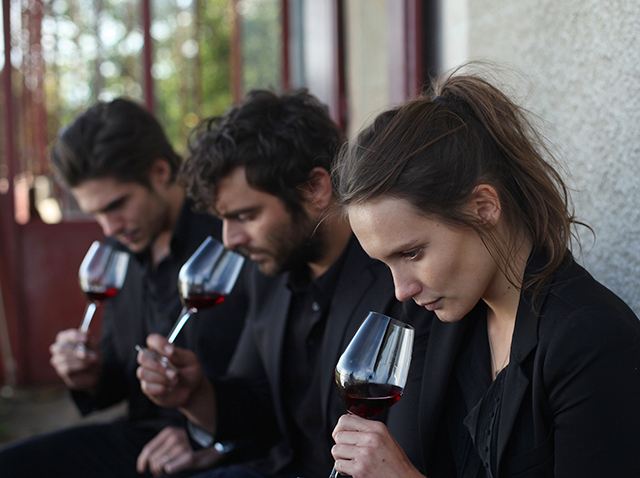 Courtesy of Music Box Films
A scene from “Back to Burgundy.”

Tonight at Mindekirken: Edvard Grieg 175th Birthday Benefit Concert. Grieg would have turned 175 today. In his honor, and in support of the CES Food Shelf, the Grieg Society, Norway House and Mindekirken, the Norwegian Lutheran Memorial Church, have put together an evening for which they should charge a lot of money. Instead, they’re trusting in generosity at the door. There will be songs, sonatas, stories, and remarks from an honest-to-goodness Grieg scholar, Bill Halvorson. Participating artists are Maria Jette, Melissa Culloton, Dan Dressen, Sonja Thompson, Mary Jo Gothmann, Steve Swanson, Stephanie Arado, Rolf Erdahl, and Carrie Vecchione. 7 p.m. Free. Post-concert reception at Norway House with birthday treats.

Tonight and Saturday at the Ted Mann: Twin Cities Gay Men’s Chorus: Queen. As Pride begins, TCGMC ends its 37th season with a new artistic director – Dr. Gerald Gurss will start in August – and a concert devoted to the music of Freddie Mercury and Queen. They will rock you, and they will touch you with their excellence, their enthusiasm, and their message of inclusivity and love. “Bohemian Rhapsody”? But of course. 8 p.m. FMI and tickets ($30-53).

Saturday at Bethune Park: Juneteenth: Celebrating Freedom Day. Bethune Park was the site of the first Freedom Celebration in Minneapolis. Grammy winners Sounds of Blackness will headline this day-long, community-led celebration hosted by the Minneapolis Park and Recreation Board and the Juneteenth Legacy Committee. Events will include a parade, live music, storytelling, dance and youth activities, with food and merch for purchase. 11 a.m.-6 p.m. FMI including stage schedule. Free. The parade starts at 9:45 a.m. from the Minneapolis Public Schools parking lot at Girard Ave. N. and 21st.