Provocative, up-to-the-minute and in your face, Mixed Blood Theatre’s 43rd season wants to shake things up. It has a theme: “Transforming the Impossible to the Probable.” Topics to be covered include #MeToo, automation, Black Lives Matter, abortion, climate change, gender identity, NFL player protests, and race. In the words of founding artistic director Jack Reuler, “At Mixed Blood, the stage is a soapbox and compassion is a verb.”

The season starts big with Dame-Jasmine Hughes reprising her Obie-winning role in Aleshea Harris’ “Is God Is,” a play about violence, justice and revenge. Hughes is known to Twin Cities audiences for earlier performances at Mixed Blood in “Pussy Valley” and “An Octoroon,” at Pillsbury House in “Bright Half Life” and at Penumbra in “Sunset Baby,” for which she won an Ivey. “Is God Is” runs Sept. 21-Oct. 14.

From Nov. 17 through Dec. 2, under the umbrella “Prescient Harbingers,” Mixed Blood will respond to the midterm elections with three full-length plays in rotating rep. Each show will have three performances per week. At Saturday and Sunday marathons, you can see all three in a row, with breaks for food and drinks (and stretching).

Set among the ambitious cubicle dwellers of a once-great magazine, “Gloria” is a Pulitzer Prize finalist by MacArthur “Genius” winner Branden Jacobs-Jenkins, who also penned “Octoroon” and another Mixed Blood production, “Neighbors.” Tearrance Arvelle Chisholm’s “Hooded, or Being Black for Dummies” is a subversive comedy about race relations in America and the daily peril faced by young black men. In “Hype Man, a break beat play” by Idris Goodwin, a mixed-race hip-hop trio is about to make it big when an unnamed black teen is shot. Goodwin is a Playwrights’ Center affiliated writer.

The season wraps with the world premiere of Ken LaZebnik’s “Autonomy” in May 2019. You will, for real, watch this original play from your own car while driving through an indoor carscape. Crazy but fun, it’s serious, too, with global warming, Autonomous Vehicles, unemployment, race, culture, pandemics and disability woven through. LaZebnik is an L.A.-based playwright, author and screenwriter. This will be his eighth play produced by Mixed Blood.

There’s more. A program called “Zealous Hellions” will bring Ernie Hudson, Oskar Eustis, and state Rep. Ilhan Omar (who might be U.S. Rep. Ilhan Omar by then) to the Mixed Blood stage for “conversations with rebels, renegades and rascals.”

Tonight (Wednesday, June 20) in the parking lot at 500 Hennepin: Made Here: “Avenues” Launch Party. For five years, twice each year, otherwise empty windows and exteriors of downtown buildings have bloomed with art by local artists. Conceived and led by Joan Vorderbruggen, Hennepin Theatre Trust‘s “Made Here” is the largest project of its kind in the U.S. The tenth incarnation spotlights artists from the past nine runs including Ta-coumba Aiken, Eric Pearson, Sayge Carroll and Katrina Knutson, Soozin Hirschmugl, Kulture Klub Collaborative, Juxtaposition Arts and Minneapolis MAD DADS. An alumni gallery at 900 Hennepin features works by 11 more past “Made Here” artists. The launch, which doubles as a pre-Pride celebration, will include public tours, street performers, free games and free refreshments. 5 p.m. Here’s a map of “Avenues” with information about the artists and their work. 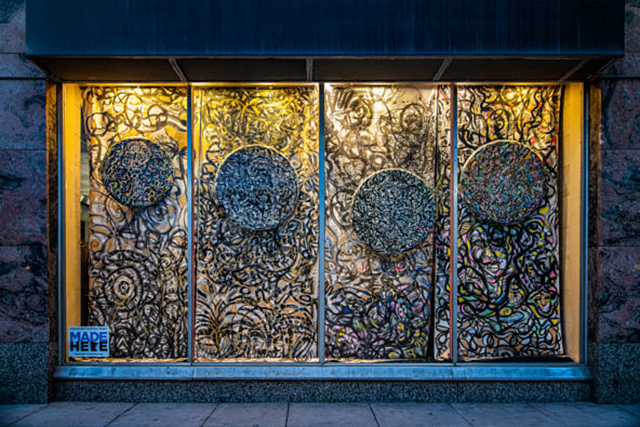 Tonight at the History Theatre: An Evening of Song on the Set of “Glensheen.” Here’s a bright idea: Stage a concert on a fabulous set built by someone else. On July 5, “Glensheen” returns to the History Theatre for a third run. Rick Polenek’s set begs for an 18th-and-19th-century-style salon concert. So tonight pianist Martin Katz, who has played at Carnegie Hall with singers including Marilyn Horne, Kathleen Battle and José Carreras, will be joined by baritone Jesse Blumberg for songs by Beethoven, Schumann, Ravel and Charles Ives. Out of the Box Opera, the Source Song Festival and the Schubert Club are among the hosts. 7 p.m. Tickets $35-15. Call 651-292-4323 for reservations.

Tonight at Crooners: Jim Rotondi, Eric Alexander and the David Hazeltine Quintet. Crooners is calling this “Legends of the Artists’ Quarter.” All three of these New York-based jazz greats – Rotondi on trumpet, Alexander on tenor sax, Hazeltine on piano – were regulars at the late and still lamented AQ in St. Paul. (They are also founders of the NYC jazz supergroup One for All.) Former AQ owners Billy Peterson on bass and Kenny Horst on drums will complete the quintet. This will be a lovefest and a night of sublime jazz. 7:30 p.m. in the Dunsmore listening room. FMI and tickets ($30). 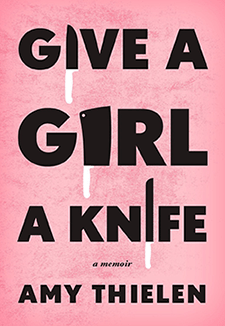 Thursday at Magers & Quinn: Amy Thielen presents “Give a Girl a Knife: A Memoir.” Rolling Stone called it “one of the best coming-of-age food memoirs you’ll ever pick up.” (Just curious: how many coming-of-age food memoirs are out there?) Thielen grew up in northern Minnesota, went east to work for New York top chefs, then came back home. Now rural Park Rapids has its own two-time James Beard Award-winning food writer and former Food Network host (“Heartland Table”). We want to read this book. 7 p.m. Free.

‘Is God Is’ to open Mixed Blood season; Made Here: ‘Avenues’ launch party