An intimate, mutable black box at the top of the Guthrie with great views – through large windows on three sides, and a vertiginous amber-colored window in the floor – the Dowling Studio has become a hot spot under Joseph Haj’s leadership. Presenting both short scheduled runs and periodic “happenings” in response to current events, it’s worth paying attention to. Plus tickets are always $9.

Even the wayfinding – up the escalator, left to the lobby, then left to the end of the lobby and up a cleverly concealed elevator to the ninth floor – enhances the feeling of going somewhere special. Or confuses people. It wouldn’t hurt to fix the wayfinding. Better signage? Or maybe more people in Guthrie T-shirts asking, “Can I help you find the Dowling?”

These are the scheduled events for the new Dowling season, aka the Level Nine Series. All are local productions.

Oct. 5-21: PRIME Productions: “Two Degrees.” The theater company created to support women over 50 will present Tina Palmquist’s play about a woman scientist – a paleoclimatologist, to be precise – who goes to Washington, D.C., to challenge some troubling shifts in policy. And we know how welcoming Washington is to scientists these days. Shelli Place will direct.

July 12-14: Patrick Scully: “Leaves of Grass – Illuminated.” A labor of love and a particular passion for Scully, this look at the life of poet Walt Whitman had its Minneapolis premiere in 2014 with a cast of 19. It then became a solo show and toured. This will be a new version with live dancers and video projections of dancers. Scully is so excited he sent out an email announcing “perhaps my BIGGEST NEWS EVER.”

Springboard for the Arts buys a building

And now Springboard for the Arts has bought the building and lot at 262 University Ave. West in St. Paul. A former Ford dealership and its large parking lot will become Springboard HQ.

The Saint Paul, F.R. Bigelow and Mardag foundations together have committed $500,000 to launch a capital campaign.

Before renovations and improvements are made, the space will be used for community events, expanded programming and new market opportunities. On June 23, it will host an open house from 10 a.m to 2 p.m. with activities, entertainment and refreshments. On Aug. 4-5, Sept. 1-2 and Oct. 6-7 it will host the Little Mekong Night Market in partnership with the Asian Economic Development Association.

A call for artists to produce art for the windows during the early phases of renovation and construction is currently open and available here.

Springboard has officed in the Northern Warehouse Building in Lowertown for almost 27 years. But it has been very involved with University Avenue, most notably during the construction of the Green Line light rail. Its “Irrigate” initiative (2011-14) trained more than 650 local artists in creative placemaking and partnership-building skills, funded over 250 creative projects along the corridor and kept it in the public consciousness – in a good way – when it might have disappeared amid the disruption and the construction.

Springboard’s “Art Happens Here” neighborhood celebration in 2012 was held on the site of 262 University Ave. West.

Starts tonight at the Cedar: 2018 Global Summer Series. Some of the world’s leading artists will perform in Minneapolis this summer. This year’s series opens tonight with Mokoomba (Afro sounds from Zimbabwe) and ends Aug. 21 with Guilhem Desq, French virtuoso of the hurdy-gurdy. In between: Amadou & Mariam (June 8), Femi Kuti (July 31), Tinariwen (Aug. 14). Doors at 7 p.m., show at 7:30. FMI and tickets ($ varies). Mexico’s Los Cojolites, originally scheduled for Wednesday, June 7, was canceled because of visa complications. P.S. Be patient with the Cedar’s website. They were caught up in last week’s Ticketfly hack, and their site is bare-bones at the moment. 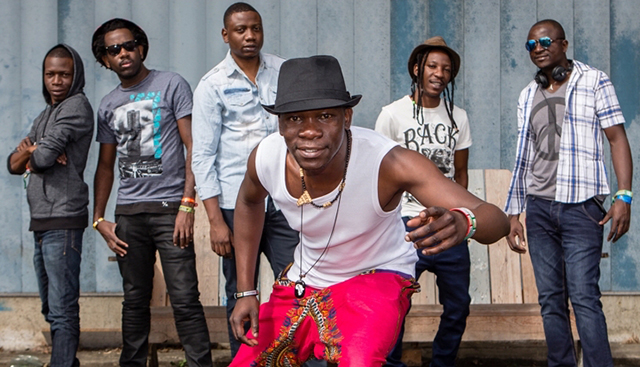 Courtesy of the Cedar Cultural Center
Mokoomba kicks off the 2018 Global Summer Series at the Cedar tonight.

Opens tonight at the Orpheum: “Chicago.” Trailing six Tonys, two Oliviers and a Grammy, the No. 1 longest-running American musical in Broadway history is here, but for just five days (and eight performances). The story: A housewife and nightclub dancer murders her lover, then hires Chicago’s slickest criminal lawyer to transform her crime into sensational headlines. The songs include “All That Jazz” and “Roxie.” The book is by Fred Ebb and Bob Fosse, with music and lyrics by John Kander and Fred Ebb. 7:30 p.m. FMI and tickets ($39-155). Closes Sunday.

Wednesday at Quatrefoil Library: “Behind the Curtain” with the Minnesota Opera and “Fellow Travelers.” The new opera “Fellow Travelers” by composer Gregory Spears and librettist Greg Pierce will have its regional premiere at the Cowles starting June 16. Peter Rothstein will direct. Based on Thomas Mallon’s 2007 novel, “Fellow Travelers” is a gay romance set against the McCarthy era in Washington, D.C. Spears and Minnesota Opera President Ryan Taylor will talk about the work and its creation with Minnesota Opera teaching artist Pablo Siqueiros at this free public event. 7 p.m. Donations to benefit the library will be accepted. Space is limited.

Friday through Sunday at the Ordway Concert Hall: SPCO Season Finale: Beethoven’s First Symphony. It’s the end of another smashing SPCO season. The concert opens with Andrew Norman’s “Gran Turismo for Eight Virtuoso Violinists,” in which the composer blends research on Italian futurist Giacomo Bella, a video game and Baroque string virtuosity. You can listen here; this will be fun to hear the SPCO play live. The program continues with Brahms’ Serenade No. 2 and wraps with Beethoven’s Symphony No. 1. Friday at 11 a.m. and 8 p.m., Saturday at 8 p.m., Sunday at 2 p.m. FMI and tickets ($12-50; children and students free). Can’t attend in person? Tune in Saturday at 8 p.m. for a live stream. The SPCO doesn’t play a summer series, so we won’t see them again until September.

See a dress rehearsal of the Guthrie’s “West Side Story” and support hurricane relief efforts in Puerto Rico. The Guthrie and the Medtronic Foundation have joined hands to help Puerto Rico – and give 750 people a rare chance to see a dress rehearsal on the Guthrie’s stage. Donate $25, $50, $100 or $250 for a seat; 750 are available. The Medtronic Foundation has pledged a 25,000 matching gift. All proceeds (up to $50,000) will go to Americares to directly support relief events in Puerto Rico. FMI and tickets; 612-377-2224.