Atlanta native James Ferree has performed as a guest with the St. Paul Chamber Orchestra, and now he’s making it permanent. The unanimous choice for the role of principal horn by the SPCO’s audition committee, made up of musicians, Ferree will begin his new position at the start of the 2018-19 season.

He’s already scheduled to be featured in two performances with fellow SPCO horn player Matthew Wilson. Ferree is also a composer; one of his compositions for wind quintet will be performed on the SPCO’s Chamber Music series.

Before being offered the job, Ferree played with the SPCO for four weeks in the 2017-18 season and one week in 2016-17. In a statement, Kyu-Young Kim, the SPCO’s artistic director and principal violin, praised Ferree’s “virtuosity, versatility, musicality and chamber music instincts.”

Ferree’s hiring brings the SPCO’s full-time complement to 20. It also has five artistic partners who join the orchestra for part of each year. It does not have a conductor; most of its performances are led by musicians.

Four new musicals-in-the-making will have their first public readings in July at the Ritz in Theater Latté Da’s 2018 NEXT Festival, set for July 15-28.

First up: “To Let Go and Fall” by the blazingly prolific Harrison David Rivers (“Crack in the Sky,” “Five Points,” “the bandaged place,” “This Bitter Earth”), with music by Jelloslave cellists Michelle Kinney and Jacqueline Ultan. The story: Todd and Arthur, two former ballet dancers, reunite after more than 25 years. Peter Rothstein will direct. July 15 and 16.

Next in NEXT: “Gun and Powder,” with book and lyrics by Angelica Cheri and music by Ross Baum. A new work inspired by Cheri’s real-life great aunts, two African Amerian sisters who passed for white and were notorious outlaws in post-Emancipation Texas. Nicola A. Watson will direct. July 20 and 23.

And fourth: “Pansy,” written and performed by Max Wojtanowicz, devised by Wojtanowicz and Nikki Swoboda, with music and additional lyrics by Michael Gruber. A tribute to the forgotten crusaders of the gay underground cabaret movement of the 1930s. Swoboda will direct. These public readings will be presented as a late-night cabaret on July 26 and 28.

Through its NEXT 20/20 initiative, Latté Da has made a commitment to cultivate 20 new musicals or plays with music. The festival has been fertile ground for new productions. Two works from the 2017 festival were on Latté Da’s 2017-18 season, Harrison David Rivers’ “Five Points” (such a hit it was extended) and Glen Berger’s “Underneath the Lintel,” on now through July 1. 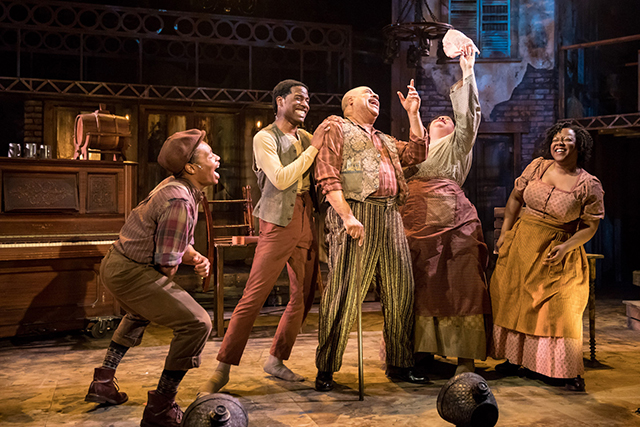 If you’ve never attended a staged reading, you might think it’s a bunch of actors sitting around reading from scripts and being boring. It’s not that at all. There are no sets, lights, or costumes, but there’s movement and acting (and music, for these). It’s like a performance distilled to the essentials.

Today (Friday, June 22) and Saturday in St. Paul, mostly Lowertown: 20th Annual Twin Cities Jazz Festival. 100+ performances by hundreds of musicians in 20+ venues. And it looks like the weather will be perfect. Fingers crossed. Starts at 4 p.m. today, 1 p.m. tomorrow. All performances are free. FMI including schedule, map and free Metro Transit passes.

Saturday at Springboard’s new space: Open House and Community Celebration. Springboard for the Arts has bought a new building, and they have big plans for community events, more programming and a market. Stop by to see the space, hear brief remarks from St. Paul Mayor Melvin Carter (11:30 a.m.), take part in art activities and enjoy refreshments. 262 University Ave. West, St. Paul. 10 a.m. – 2 p.m. Free and open to the public. 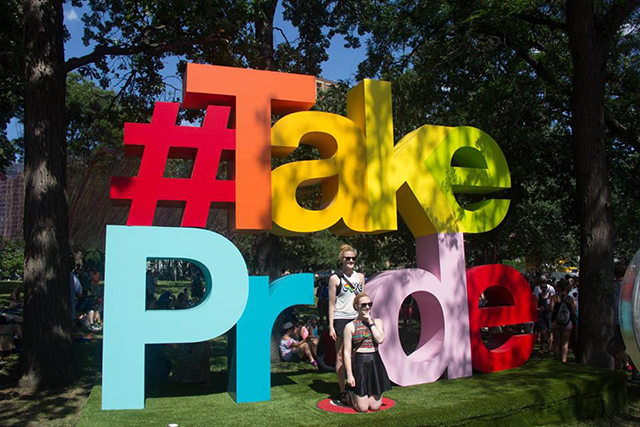 Saturday and Sunday: Pride Weekend.  Twin Cities Pride is the nation’s third-largest free Pride festival, behind New York City and San Francisco. All of June is officially Pride month, but this weekend is the big one, with a two-day festival in Loring Park (65 local acts on four free stages, 400 exhibitor booths, 40 food vendors), Pride in Concert with Brandy, Jamecia Bennett and more, and an always colorful parade down Hennepin Avenue on Sunday. FMI.

Saturday and Sunday at the Ordway Concert Hall: One Voice Mixed Chorus: “Roots & Wings: Celebrating 30 Years.” Minnesota’s LGBTA (A for straight allies) chorus, 125 voices strong, adds its distinctive sound and spirit to Pride with a concert of audience favorites, original commissions and forward-looking songs. The program includes “Our Phoenix,” composed by two transgender artists and sung by the newly-formed Trans Voices Chorus. 7:30 p.m. Saturday, 3:30 p.m. Sunday. Tickets here ($15-50) and in person at the Ordway Box Office; 651-224-4222.

Tuesday at Icehouse: A Good Debate: Whose Streets? The Case For and Against Disruptive Protests. Earlier this year, our state Legislature passed a bill authored by GOP Rep. Nick Zerwas that would have increased penalties for protesters that block traffic. DFL Rep. John Leach was among those who opposed the bill. Gov. Mark Dayton vetoed it. The debate continues, and if you want to know more about it – because it’s important, maybe? – check out the first Good Debate event from the Citizens League, moderated by David Schimke, editor of the Citizens League Voice. Doors at 5:30 p.m., debate at 6. FMI and tickets ($10).

Coming up: A Museum Without Glass: Tour HMML with MCBA. See original folios from the Saint John’s Bible; explore rare books and manuscripts from the Hill Museum & Manuscript Library (HMML). All up close and personal, without glass cases. Handwritten on vellum with quill pens and gold leaf, the Saint John’s Bible is fantastically beautiful and surprisingly modern, with contemporary themes and images. Maybe you saw parts of it in 2011 at the pre-Mia Minneapolis Institute of Art. The Minnesota Center for Book Arts has arranged a daylong tour to Saint John’s Abbey and University in Collegeville. Travel by charter bus and lunch are included. Friday, July 20, 8 a.m. – 5:30 p.m. FMI and tickets ($77 MCBA members, $85 nonmembers).