Each year for seven years, Kate Nordstrum, curator of the St. Paul Chamber Orchestra’s Liquid Music series, has thrown out an invitation: Take a risk. And not just to audiences, but to artists. We’re hearing and seeing something new. They’re making something new. And Nordstrum is out front, introducing each event, then stepping back to let it happen. We’re all in this together, on a tightrope in the air.

That’s what makes Liquid Music both thrilling and essential. It’s not always a home run. Some events are revelatory and unforgettable. Some feel unfinished. Some are the start of something bigger. Relationships are formed along the way. Last year’s big Liquid Music event paired TU Dance with Bon Iver. In June, Bon Iver brought a couple of TU dancers along for his show at Bonnaroo. And they’ll all play the Hollywood Bowl in August. Earlier, a Nordstrum-engineered collaboration between the Twin Cities’ Poliça and Berlin-based collective s t a r g a z e led to an album and a series of concerts in Europe that’s still going on. Nordstrum is both curator and matchmaker.

Other presenters book artists on tour with finished projects. That’s fine. We need them. But Liquid Music, in Nordstrum’s words, is “a different realm.” She’s less interested in riding momentum than building it. When Son Lux guitarist Rafiq Bhatia announced he was making an album, other presenters said, “Come by when it’s out.” Nordstrum wanted to be the first to bring the music into the world. Bhatia opened the 2017-18 Liquid Music season in a co-presentation with the Walker. That was October. His album, “Breaking English,” came out in April 2018.

Liquid Music’s focus is more on new music and energy, less on names. Though the series has included some big ones: Laurie Anderson, Hilary Hahn, Sufjan Stevens, Glenn Kotche (Wilco), Nils Frahm, Bryce Dessner (The National), Devendra Banhart, Bon Iver. For the 2018-19 season, announced today, one name is so big we had to blink hard and read it again: Philip Glass.

One of the fathers of minimalism in music, the hugely influential Glass will compose his first-ever piece for percussion ensemble for a Liquid Music concert in December. “I would want to present pretty much anything new of his,” Nordstrum said by phone last Friday. “But the fact that he’s entering new territory, too, just like the more emerging artists on the season, makes this so perfect for Liquid Music. It’s a Liquid Music fit.”

Here’s a look at the whole seventh season. Nine events in nine venues because, as Nordstrum said, “One venue does not fit all, that’s for sure.” Six are world premieres. 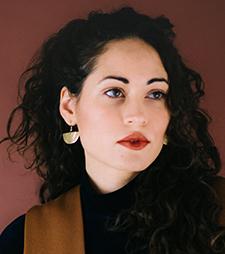 Sept. 23 at the Machine Shop: Hanna Benn and Deantoni Parks: “Procession.” The world premiere of a collaboration between Atlanta-based composer/vocalist Benn and percussionist Parks, with a quintet of SPCO musicians. Nordstrum predicts, “This will be a really exciting way to open the series.”

Dec. 9 at the Ordway Concert Hall: Philip Glass and Dev Hynes for Third Coast Percussion. A co-commission by Liquid Music and partners. Recent Grammy winners Third Coast return to Liquid Music after an October 2014 concert with Glenn Kotche. Hynes’ modern pop music is rooted in hip-hop and R&B. Glass and Hynes have already collaborated; earlier this year, they played some of Glass’ etudes together at the Kennedy Center.

Jan. 9, 2019 at the Amsterdam; Jennifer Koh: “Limitless” with Tyshawn Sorey and Vijay Iyer. Violinist Koh made her debut with the Chicago Symphony Orchestra at age 11 and has appeared with the Minnesota Orchestra, among many others. For “Limitless,” presented at National Sawdust in Brooklyn earlier this year, she commissioned 10 composers, including jazz artists and MacArthur fellows Sorey and Iyer, to create new music to perform with her. Their works will be the centerpieces of this program, and they’ll add composed and improvised solos, duos and trios. On Jan. 11 and 12, Sorey and Iyer will also perform more new works with the SPCO and artistic partner Pekka Kuusisto. Nordstrum said, “One of the many reasons we created Liquid Music was to engage in conversation with what the SPCO is doing.” It’s a heavenly week for fans of Sorey and Iyer. 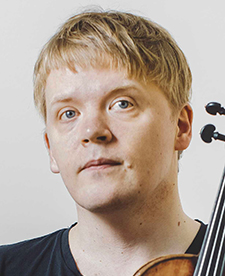 Jan. 19 in the Walker’s Gallery 3: Pekka Kuusisto: “Tuning Meditation.” The charismatic Finnish violinist will perform a work the late Pauline Oliveros wrote to provide healing in response to the political chaos of the 1960s. The performance will take place in the same gallery as the Walker’s semi-permanent exhibition “I Am You, You Are Too,” which explores themes of citizenship and belonging, borders and barriers. Nordstrum mentioned that Kuusisto will be adding video and sound recordings by artist collaborators. It’s all in process.

Feb. 11 at the Parkway: Ashwini Ramaswamy: “Let the Crows Come.” Ramaswamy, a Minneapolis-based dancer/choreographer with Ragamala Dance, has been in virtual residency with composer/DJ/author Jace Clayton. The final work will be a Liquid Music event, probably in fall 2019. This will be a pay-as-you-wish peek into the process – and into the Parkway.

March 4-5 at the American Swedish Institute: Kim Gordon & Dimitri Chamblas. Gordon is co-founder of Sonic Youth; Chamblas is a French choreographer/dancer and dean of dance at CalArts. A mix of music and movement, “this is going to be completely improvised and highly experimental,” Nordstrum said. The audience will be limited so everyone can see what Gordon and Chamblas are up to in the grand hall of the castle at the ASI. At $50, this is the season’s highest-priced ticket. 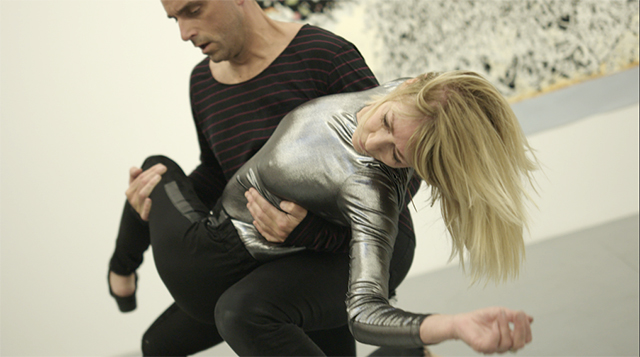 Photo by Manuela Dalle
Dimitri Chamblas and Kim Gordon will perform a mix of experimental music and movement March 4-5.

March 22-23 at the Summit Center for Arts and Innovation: ModernMedieval: “The Living Word.” Founded by Anonymous 4 member Jacqueline Horner-Kwiatek, ModernMedieval is a group of early and new music singers. This performance of music for voices and electronics will include ecstatic chants of Hildegard von Bingen, new music by composer Julianna Barwick, and world premieres by Ben Frost and Angélica Negrón. The Summit Center is a former church; in other words, perfect for this. Australian-born, Iceland-based Frost shook the foundations of the Amsterdam during Liquid Music’s debut season. Nordstrum says he can also do subtlety and “we’ll see which direction he chooses to go.”

May 4 at Northrop: James McVinnie and Darkstar. McVinnie, a young English organist, played at Prince William and Kate Middleton’s wedding in Westminster Abbey. Which is not why Nordstrum tapped him for Liquid Music. She didn’t even mention it. “I’ve wanted to work with James McVinnie for many years,” Nordstrum said. “He’s a classically trained organist who engages in collaborations with artists of all sorts of backgrounds.” Plus “Liquid Music audience members have asked, ‘When are we going to do an organ project?’ ” And unlike many pipe organs, which are not visible to the audience, Northrop’s newly refurbished Aeolian-Skinner can be rolled onto the stage. Darkstar is a UK-based electronics duo.

Liquid Music packages and individual tickets are on sale now. Most tickets are in the $25-30 range, a bump up from last year. Subscribe and save.

At some point during last week – though precise counts can be tricky and who’s counting, anyway? – MinnPost published Artscape column number 1,000. The first column went live on Jan. 20, 2012. For a year and a half, Artscape was a twice-weekly. In August 2014, with support from MinnPost members, readers, and sponsors, it went to four times a week, where it has stayed ever since. Thank you for reading, and for your support. We hope you’re going out to see things.