There’s a new museum in the Twin Cities, and it’s a beauty. Built from the ground up on the southwest corner of Larpenteur and Cleveland on the University of Minnesota’s St. Paul campus, the Bell Museum is a big-wow presence on the landscape. The sleek, sustainable exterior is a mix of gleaming bird-safe windows, rustic cooked white pine from Cass Lake and weathered steel from the Iron Range.

Inside, across a spacious, light-filled lobby, stairs lead up to a new permanent exhibit called “Life in the Universe.” Images and labels tell the story of Earth’s origins. A question written high on a wall asks, “Are we really made of stars?” Stops explore how astronomers are looking for life on exoplanets. (An exoplanet is one outside our own solar system.)

Wait. Isn’t this the Bell Museum of Natural History? Formerly housed in the old ivy-covered building at 10 Church St. SE on the Minneapolis campus? Home to aged but beloved dioramas and drawers full of pinned bugs?

It is, and it isn’t. The official name is now Bell Museum, not Bell Museum of Natural History. Having merged in 2011 with the Minnesota Planetarium Society, it has a 120-seat digital planetarium. Manager Sally Brummel calls it “the best planetarium on Earth, at last for the time being.” During a press preview yesterday, she showed us Minnesota’s night sky, cruised a few constellations, then zoomed up from Earth, through the solar system, through the Milky Way, past billions of galaxies, to the edge of the known universe and back again.

You can’t just drop a planetarium into a natural history museum. “Life in the Universe” provides context. It also gives University of Minnesota researchers more teaching opportunities. In her opening remarks, Executive Director Denise Young emphasized that “researchers are front and center” at the Bell. Some are even featured in the exhibits. You can tap screens to learn about them and what they do. At the preview, researcher George Weiblen – science director and curator of plants at the museum, Distinguished McKnight University Professor in the College of Biological Sciences, head of the Weiblen Lab, resident fellow at the Institute of the Environment – was on hand to field questions.

Three other permanent exhibits on the second floor are more what you’d expect, only brand new. “Tree of Life,” “Web of Life,” and “Imagining the Future” explore evolution, Minnesota’s biomes, and our effects as a species on the natural world. Everywhere you look, you learn something. Painlessly. Young describes the Bell as “a museum powered by curiosity and questions.”

What about the dioramas? Especially if you saw them at the old Bell in recent years, you might not recognize them. There are 10 large and 35 smaller/medium-size dioramas, and not all are in the main exhibit area. They’re scattered throughout the three non-Universe exhibits, so discovering them is part of the fun. The murals in the large dioramas have been cleaned and repaired. Everything has been put back the way it was. Small but important details have been added and tweaked. New lighting and invisible glare-free glass make the dioramas seem more alive than any of us living today have ever seen them. In a word, they’re breathtaking.

And the woolly mammoth? Newly crafted by hand in Minnesota, it will be part of Pleistocene Minnesota, the Bell’s first new diorama in more than 60 years. A nearby glacier will double as a theater showing a new documentary by Minnesota photographer and filmmaker Jim Brandenburg.

Random facts: Groundbreaking was April 22, 2016 – Earth Day. Construction stayed on track and on time, and the grand opening weekend is July 13-15. The estimated project budget was $79 million. The new building is 30 percent bigger than the old one but has 60 percent more public space. Some 110,000 new visitors are expected in the first year; 55,000 will be K-12 students. Part of the building is a spacious, well-lit education wing. The Bell created the world’s first discovery room in a natural history museum; that tradition continues in the new Touch & See Lab, jam-packed with specimens, replicas, and critters, some living. The Bell has more than 1.2 million specimens; only a couple hundred are on exhibit.

The museum will open on July 16 and will be open daily from 10 am. to 5 p.m., including Mondays. On select Mondays, it will stay open later. The popular Sketch Nights will return, with the first tentatively scheduled for Monday, Aug. 20. Gallery admission will be $12 for adults, $10 for seniors, $9 for ages 3-21, free for ages 0-2 and U of M students with student ID. FMI.

Tonight (Wednesday, June 27) at the Dakota: Vinicius Cantuaria. In the late 1970s, Cantuaria was the drummer in Caetano Veloso’s band in Brazil. He moved to New York in the 1990s and has since collaborated with David Byrne, Laurie Anderson, Bill Frisell, Brad Mehldau and others while releasing several records of his own as a singer, songwriter, guitarist and percussionist. Rooted in bossa nova and jazz, his songs seem to float in the air around you. It’s music for summer, music for lovers, music for closing your eyes and dreaming. 7 p.m. FMI and tickets ($30-35). 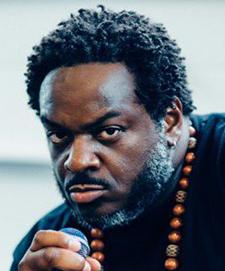 Courtesy of the artist
Carnage the Executioner

Friday at the Bryant-Lake Bowl Theater: Minneapolis Music Company: From Bach to Beat Box. A lot of people think that playing Bach means playing every note precisely as it’s written. But Bach was a lifelong improviser. In that spirit, Mischa Santora has gathered four very different musicians – beatboxer Terrell Woods, aka Carnage the Executioner; cellist Olivia Diercks and violinist Karl Colahan, aka the OK Factor, a new-classical crossover duo; and jazz/hip-hop pianist Sam Rosenstone – for an evening of improvisation bookended by Bach. We haven’t heard Rosenstone or the OK Factor, but Carnage we know, and he’s amazing. Two shows: 7 and 9:30 p.m. Doors at 6 and 9. FMI and tickets ($14 advance, $16 door).

Friday and Saturday at the Minnesota State Fairgrounds: Print Matters. This is the event formerly known as the Twin Cities Antiquarian & Rare Book Fair, rebranded and run by Rain Taxi. Whose Twin Cities Book Festival is an annual smash hit. The fair will be more of a festival now, with activities, games, live music and other entertainment, along with 40+ dealers offering collectibles, first editions, posters, broadsides, children’s books and more. Vinyl records, too. Think of Print Matters as a complement to TCBF, with the two meeting all of your book-loving needs. In the Progress Center. 3-8 p.m. Friday ($10 admission, first look and special activities), 10 a.m.-4 p.m. Saturday (free). FMI. 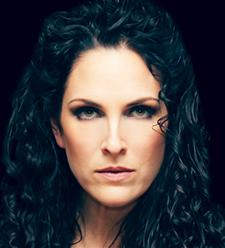 Coming up: Mill City Summer Opera: “Carmen.” Cigarette girls, soldiers, toreadors, lust, passion, betrayal, murder. What’s not to like about Bizet’s most famous opera? See it under the stars when Mill City Summer Opera returns to the open-air Mill City Ruins for seven performances starting July 13 (oops, sold out) and ending July 24. Fenlon Lamb directs; Audrey Babcock is Carmen, with Adam Diegel as Don José, Karen Slack as Micaela and Louis Orozco as Escamillo. Babcock has sung her role more than 100 times. Tickets ($50-125) are already very tight so if you want in, here’s the link and here’s the phone: 612-875-5544. New this year: a family-friendly matinee on Wednesday, July 18, at 10:30 a.m., with a shortened version, a smaller cast and material geared for children. We can’t imagine how anyone could possibly turn “Carmen” into an opera for children – no smoking? No stabbing? – but now we’re curious. Someone please go and tell us how it was. Tickets at the door are $5 for grown-ups, free for kids.

The U of M’s new Bell Museum is a beauty; Print Matters at the Fairgrounds