Settled in for a long run on the thrust stage, “West Side Story” is the Guthrie’s big summer musical for 2018. It’s big in many ways. It has a cast of 32 (including 24 making their Guthrie debuts), an orchestra of 15 (visible behind a scrim at the back of the stage) and big ideas: to take a revered classic about race, bigotry and gang violence from a different time and place (1950s New York), change up the casting and not use Jerome Robbins’ iconic choreography.

When Joseph Haj – the Guthrie’s artistic director and director of this production – read the first page of the script, he saw the same line all previous directors have seen: a description of the Jets as “an anthology of what it means to be American.” But while most directors have interpreted this to mean “the Jets are white,” that’s not how Haj took it. His Jets are multiracial and multicultural. The Sharks, as they were in the original, are Latinx newcomers, immigrants in search of better lives. Outsiders, to the Jets.

Haj brought in choreographer Maija García to create original choreography. García is a Cuban-American woman who grew up in Michigan; her many credits include Broadway’s “FELA!” (with Bill T. Jones) and Spike Lee’s Netflix series “She’s Gotta Have It.” The Guthrie’s production kept Leonard Bernstein’s exquisite music and Stephen Sondheim’s brilliant lyrics, but because dance is so integral to “West Side Story,” it’s vastly different from any version you’ve seen before. Haj and García also made women more present in the production, bringing them into dance numbers that were once all men.

It’s powerful and very moving. Everything about it sets a high bar. We’d go back just to see the dancing, so fierce, daring and often explosive it takes your breath away. Leads Marc Koeck as Tony and Mia Pinero as Maria, both making their Guthrie debuts, have gorgeous voices and crackling chemistry. Christopher Acebo’s sets create a series of worlds: the streets, a bridal shop, a bedroom, a back alley below a starry sky. A drugstore complete with counter, tables and chairs appears in both acts and totally surprised us both times. Jen Caprio’s costumes are saturated with color: hot pinks, oranges and reds for the Sharks, cool blues for the Jets.

The story of two young, doomed lovers is based on Shakespeare’s “Romeo and Juliet.” The Guthrie’s 2017-18 season opened with that play, also directed by Haj. That it ends with “West Side Story” checks many boxes for Haj. It’s Bernstein’s centennial. Rather incredibly, this is the Guthrie’s first production of “West Side Story.” Presenting them in the same season puts them “in conversation” with each other, to use Haj’s words. It creates a satisfying symmetry.

Apropos of nothing, or maybe everything, on the way out of the theater Tuesday night, riding down a crowded escalator, we overheard bits of a conversation taking place behind us.

“West Side Story” continues at the Guthrie through Aug. 26. FMI and tickets (start at $34).

The 2018-19 Cowles Center season will begin on a personal note. Make that six personal notes. Each year, along with their $25,000 cash award, each McKnight Dancer fellow may commission a choreographer of their choice to create a new solo dance work just for them. On Sept. 14 and 15, the six 2016 and 2017 dancer fellows will perform their bespoke dances in SOLO, a 90-minute program that ranges across styles.

The season continues through mid-May 2019.

Dec. 7-22: Nutcracker (not so) Suite. The James Sewell Ballet will return for this quirky holiday favorite, with Bradley Greenwald, Stephen Epp and Myron Johnson.

March 1-2, 2019: Twin Cities Ballet of Minnesota. The company that recently presented Pink Floyd’s “The Wall: A Rock Ballet” to sold-out houses will perform a mixed program of new works and audience favorites including “Victor,” as in Frankenstein.

March 29-31 James Sewell Ballet spring season. This will be a program of two premieres, one set to music by Dosh, the other by New York City-based choreographer Gabrielle Lamb created for the company. 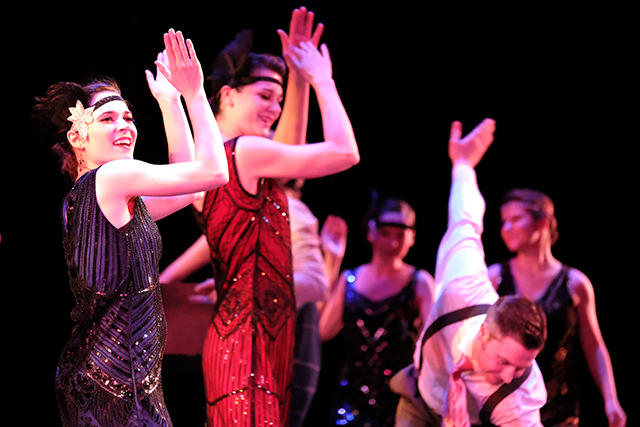 April 6-7: St. Paul Ballet. Seen at the O’Shaughnessy in 2018, SPB’s Gatsby-style “Carmen in the 1920s” will cross the river, complete with a live five-piece jazz ensemble.

April 12-14: Contempo Physical Dance. The return of the moving “SenZalma,” inspired by the poem “O Navio Negreiro” (The Slave Ship) and performed in Contempo’s signature blend of Afro-Brazilian, capoeira and contemporary dance.

April 18-20 Shapiro & Smith Dance. The program will include the world premiere of “Fool’s Errand,” a new work by Joanie Smith that explores the passion we invest in lost causes in love and war.

May 10-12: MP3 Mixtape Part III. Urban and street dance presented by a collective of up-and-coming and established local choreographers.

On Tuesday, both women jazz artists won 2018 Doris Duke Artist Awards. This prestigious honor has a $250,000 purse, with an additional $25,000 to encourage contributions to retirement savings.

The Doris Duke goes to individual artists in jazz, contemporary dance, theater and related interdisciplinary work who have demonstrated their artistic vitality and ongoing commitment to their field. This is not a lifetime achievement award. Rather, it’s an investment in creative potential, an award that signals belief in their ongoing capability to make extraordinary work. 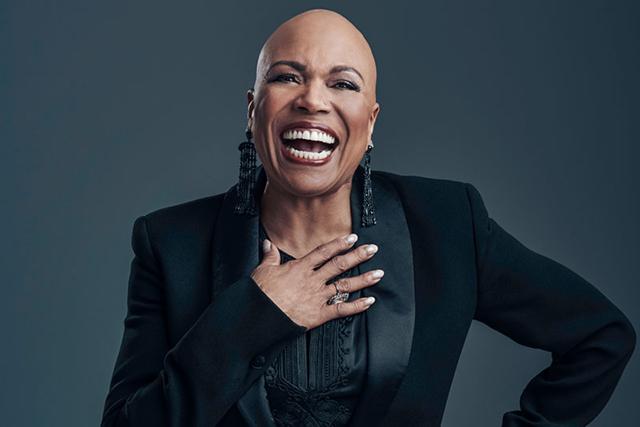 Courtesy of the Kurland Agency
Vocalist Dee Dee Bridgewater, above, and violinist Regina Carter are recipients of the 2018 Doris Duke Artist Awards.

The artists probably won’t like this, but it seems worth mentioning here that Carter is in her early 50s and Bridgewater is in her late 60s.

There’s more good news. When the first class of Doris Duke Artists was announced in 2012, the program was generous but had an expiration date. Awards would be given to 100 artists, with 20 selected each year. It was a five-year plan, set to end on June 30, 2017. With the announcement of the 2018 winners, the program is back on a smaller scale – six or seven artists annually instead of 20 or 21 – but with no expiration date.