Short answer: All over. Women musicians – and by musicians, we also mean singers; more about that in a minute – are on the Mears Park main stage. They’re in at least half of the 20+ locations where this year’s Twin Cities Jazz Festival takes place, a gaggle of stages and places that ranges from the park to the Black Dog, Union Depot to Como Lakeside Pavilion, the St. Paul Hotel to a chiropractors’ office on Cleveland Avenue.

The festival kicks off its 20th year later today (Thursday, June 21) at the Black Dog. It ends with Saturday night’s Jon Weber-led jam session at Vieux Carré. In between: more than 100 performances by hundreds of musicians. Some 30,000 people are expected to attend, especially if the weather holds. All performances are free and open to the public.

Of these 100+ performances, at least 20 are led by women. Three of the festival’s four headliners are women: Dee Dee Bridgewater, a Grammy- and Tony-winning vocalist and NEA Jazz Master; Tia Fuller, a badass saxophonist and former member of Beyoncé’s all-woman band; and Nayo Jones, a young Big Easy-based singer Heckler first heard last year. Another out-of-towner on the festival schedule is Aurora Nealand, a vocalist, bandleader, saxophonist and clarinetist also from New Orleans.

Twenty out of 100 might not seem like much of a number. But for jazz, it’s pretty good. Jazz has always been a man’s world. An old (and young, and middle-aged) boys’ club. There have been women in jazz since the early years, learning and playing and wanting to be heard. We just don’t know about most of them.

In 1922, Lil Hardin was playing piano in King Oliver’s Creole Jazz Band when Oliver hired a young trumpeter named Louis Armstrong. Valaida Snow’s trumpet playing was often compared to Armstrong’s. During World War II, when the men were away, women formed their own jazz bands and combos, toured and filled dance halls. When the men returned, they took over and sent the women back to their kitchens.

The Jazz at Lincoln Center Orchestra has been all-male since its founding in 1988. A search of the program for any jazz festival will always return more men than women. Most of the jazz awards go to men, including the lion’s shares of prestigious NEA Jazz Master honors, lucrative MacArthur “Genius” grants and influential Grammys.

But times are changing. Awareness of sexism in jazz is growing. Since the #MeToo movement began, many women in jazz have come forward with their own stories of sexual violence and gender discrimination. In the latest Jazz Journalists Association Awards, held earlier this month in New York City, 12 of the 29 awards for musicians went to women.

A new collective called We Have Voice has written a code of conduct “to promote safe(r) workplaces in the performing arts.” Among its members are Imani Uzuri, who co-wrote “GIRL Shakes Loose,” seen at the Penumbra in 2017. And Jen Shyu, who has performed at the Walker and Icehouse. And Rajna Swaminathan, a frequent musician with Ragamala Dance Company. And Tia Fuller.

When we spoke with Heckler by phone on Wednesday, he noted that Jazz Fest has included women from the start. “Shirley Witherspoon was one of our first artists,” he said. “We’ve had female singers and musicians all along. We’ve never been a closed door.”

Diversity and inclusion are important to any group seeking support from grants. Along with cultivating a large and eclectic group of sponsors, the festival also depends on grants. A diversity committee led by black business leader and jazz lover Barbara Jo Davis, former president of Ken Davis Products, keeps Jazz Fest on track. “They set diversity standards and criteria,” Heckler said. “Our organization wants to be seen as diverse and inclusive. We’re always looking at the brand and the messaging. One question we always ask is, ‘Are we booking women of jazz?’ ” 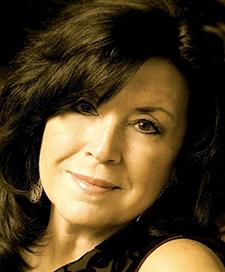 Heckler credits vocalists Patty Peterson and Pippi Ardennia with pushing the issue. “They came to me three or four years ago saying, ‘We need more female musicians.’ Our response was ‘Great! Let’s do it.’ I’d love to have more women jazz artists.” Peterson’s Jazz Fest band this year includes Mary Louise Knutson on piano, Linda Peterson on piano and vocals, Ginger Commodore on vocals, Joan Griffith on bass, Jendeen Forberg on drums and Sue Orfield on sax. And Patty on vocals.

Are there more women in this year’s Jazz Fest than in previous years? “Yes,” Heckler said. “We have more women this year. More women are getting into jazz, stepping forward and playing. I’m seeing that in the Dakota Combo and Walker West groups. Which gives me hope there’s going to be a lot more inclusion and diversity in jazz in general.”

Asked to name a woman or two in jazz, most people will come up with singers. Billie Holiday, Ella Fitzgerald, Nina Simone. In our time, Diana Krall, Norah Jones, Cassandra Wilson. What about drummers? Trumpeters? Bass players? That’s harder. Even for jazz aficionados. We can name a couple or a few of each, and after that we’re stumped. Traditionally, women jazz singers have been accepted. Instrumentalists – except for pianists – not so much. “There’s a lot of bias when you see a female holding a saxophone or a trumpet,” Heckler said. “That must be overcome in the business in general.”

Most of the women in this year’s Jazz Fest are singers. All of the singers on the Jazz Vocal Showcase stage (in TPT’s Street Space) are women. Doesn’t this reinforce the stereotype that women in jazz are singers? Or the expectation that they will be? We asked Heckler if, in the future, he’d be willing to consider treating vocalists as instrumentalists and scheduling them throughout the festival. Or, if he wants to stick with the vocalists stage, booking more male singers.

We could almost hear him throw up his hands. “I hear what you’re saying,” he said. “Those are fair comments. I don’t think it was intentional. It had to do with who reached out and who was available. But we need to do better at that. No question.” 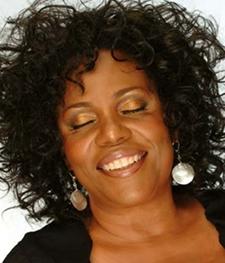 If you go to Jazz Fest, and if you have something to say about it after, visit the website. You’ll find an audience survey that includes questions about the diversity of the performers and the audience, among other things. “The festival’s not going to get better if people don’t point things out,” Heckler said. “We want to know – did you feel we did a good job at diversity? A bad job? What did you see? Did we fairly represent?”

Meanwhile, if you want to make a point of seeing, hearing and supporting women musicians at this year’s Jazz Fest, here’s when and where you’ll find them. Below, we’ve listed bands and groups led by women. We’ve also listed others that include women musicians. Adding these doubles the number of performances by women. And because Jazz Fest doesn’t provide the names of every musician in every band, we probably missed some. If you know of women who are playing the festival and aren’t included here, comment below and we’ll amend the list. Here’s a map.

P.S. All Jazz Fest stages are accessible. P.P.S. Women musicians have said they’ll show up for the jam sessions at Vieux Carré and Hygga. P.P.P.S. This information was compiled from posted Twin Cities Jazz Festival schedules, Facebook threads and messages. Any errors are inadvertent. 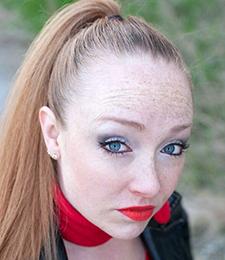 Where are the women in the Twin Cities Jazz Festival?