The Minnesota Orchestra won’t get much of a vacation this year. The season finale in mid-June, where they performed Mahler’s Fourth, was followed a week later by an appetite-whetting 2018-19 season sampler led by Sarah Hicks. A thrilling and unusual Sommerfest begins July 13. There won’t be a single Viennese waltz.

This year’s Sommerfest celebrates the centenary of Nelson Mandela, South Africa’s anti-apartheid revolutionary and first black president. On the program: Broadway star Audra McDonald; an evening of pageantry honoring Mandela; big Beethoven (the Fifth and the Ninth); a free, 12-hour International Day of Music indoors and out on multiple stages; the world premiere of a new work by South African composer Bongani Ndodana-Breen; associate conductor Roderick Cox’s final concerts with the orchestra; and an “Inside the Classics” concert of protest music.

Peavey Plaza is closed for a yearlong renovation, but food will be available from several vendors, along with house wine, beer and signature drinks.

Sommerfest ends Aug. 1 with a South Africa Tour send-off concert. Because, if you haven’t heard, the orchestra will tour in August to five cities in South Africa: Cape Town, Durban, Pretoria, Soweto and Johannesburg. On the way, they’ll play a night at the London Proms, the world’s most famous classical music festival.

Before the Sommerfest madness begins, the orchestra will play its annual series of free Symphony in the Cities concerts. This 40-year-old tradition brings thousands of people to outdoor parks for an hour of festive music. This year’s crowd-pleasers including legendary Minnesota Orchestra maestro Stanislaw Skrowaczewski’s arrangement of “The Star-Spangled Banner,” Richard Rodgers’ waltz from “Carousel,” John Williams’ theme from “Jurassic Park,” Tchaikovsky’s “1812” Overture and music by Berlioz, Johann Strauss Jr. and Saint-Saëns.

All Symphony for the Cities concerts will be led by Akiko Fujimoto, who was appointed assistant conductor in May 2017 and was just bumped up to associate conductor for the 2018-19 season. Before coming to Minnesota, she served as associate conductor of the San Antonio Symphony for five years. Fujimoto is the second woman in the orchestra’s history to join its artistic conducting roster. Hicks was the first.

Here’s when and where to find the Symphony in the Cities concerts. If you can get to one (or more), go. This is a very fine orchestra, internationally known and respected, good enough to win a Grammy, play the Proms and Carnegie Hall, and be the first American orchestra to play in Cuba in 2015, during the thaw under Obama. Concerts last an hour. Tip: Arrive early.

Opens today at the Film Society’s St. Anthony Main Theatre: “A Kid Like Jake.” Jake is a 4-year-old growing up in Brooklyn who prefers Disney princesses to toy cars and skirts to jeans. Local preschool director Judy (Octavia Spencer) describes his behavior as “gender expansive.” When Jake’s gender nonconformity turns out to be his ticket to an elite private preschool, Jake’s parents Alex (Claire Danes) and Greg (Jim Parsons) can’t agree on what to do. Trans director Silas Howard (“Transparent,” “Pose”) is more interested in exploring ambiguity than explaining. FMI including trailers, times and tickets. 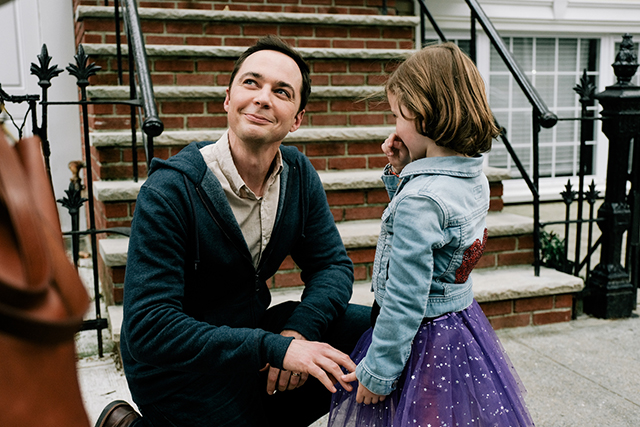 IFC Films
Jim Parsons and Leo James Davis in a scene from “A Kid Like Jake.”

Opens tonight at the Gremlin: Aaron Loeb’s “Ideation.” Reading a description of this twisted play, we were reminded of Adam Bock’s “The Receptionist,” produced by Dark & Stormy in 2013. In that play, an average-seeming office with a chatty front desk slowly reveals its sinister purpose. Gremlin’s area premiere of Loeb’s conspiracy comedy is another look at ambitious, morally ambiguous people just doing their jobs. Only they’re smarter, their resources are more abundant, and the potential consequences are immense. Brian Balcomb directs a cast that includes Kathy Kupiecki, Peter Christian Hansen, Nikhil Pandey, Brian P. Joyce and Ben Shaw. 7:30 p.m. FMI and tickets ($30/25/under 30 pricing). Closes July 29. 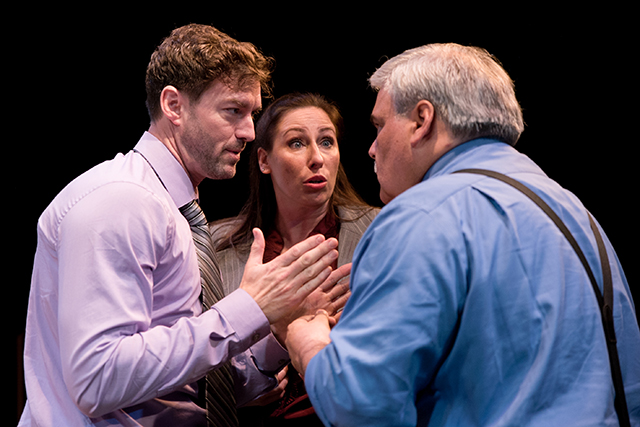 Saturday at St. Catherine University: 11th Annual St. Kate’s Art Festival. A charming, well-curated art fair on the green triangle at Randolph & Cleveland in St. Paul. Organized and run by artists, it features 100 artists from the upper Midwest who work in many media. So it’s not too big and not too small but just right. The featured artists are Robert Brocken (clay), Jaana Mattson (mixed media), Layl McDill (mixed media), Jan Raven (jewelry) and Colleen Riley (clay). There will be strolling musicians and food trucks. One of the musicians will be accordionist Dan Turpening, a.k.a. the Accordion Guy in the Orchestra Hall skyway. 10 a.m. – 5 p.m.

Sunday at Crooners: Robert Robinson. What a pleasure it will be to see this big-hearted singer in Crooners’ intimate Dunsmore Room. Known as “God’s Canary,” Robinson is a great gospel artist with deep roots in soul. His latest album, “Signature,” includes what might be the definitive version of Charles Chaplin’s “Smile.” 6:30 p.m. FMI and tickets ($30-35). You’ll leave this performance feeling better about humanity.

Tuesday at Moon Palace Books: Books & Bars. Bookended by social hours, the popular open public book club show moves to its new Minneapolis home in Longfellow. MPR producer Jeff Kamin hosts, everyone is welcome, and while it’s a good idea to read the book ahead of time, it’s not required. Show up, meet people, weigh in, have fun. Moon Palace is a roomy bookstore with a café serving pizza, beer, wine and salads, and plenty of parking nearby. This month’s book: Hanif Abdurraqib’s “They Can’t Kill Us Until They Kill Us,” a collection of thoughtful, meditative essays on pop music. 6-8:30 p.m. Free. RSVP on Facebook.