What’s that rumbling sound? It’s the 2018 Minnesota Fringe, juggernauting its way into Minneapolis on Thursday, Aug. 2. Eleven days, 15 locations, 132 shows, more than 650 live performances, more than 1,000 artists. Last year’s Fringe played to an audience of 46,000. Nearly half the performances sold out.

Ariel Leaf is one of the 1,000 artists in this year’s Fringe. A local theater maker – as are most people in the Fringe – Leaf has acted with Wonderlust, Fortune’s Fool, Chameleon, Freshwater, Theatre in the Round, Nimbus and others. She’s also a lighting designer, director and occasional playwright. She’s been in the Fringe more times than she hasn’t. For 2018, she created, wrote and performs in “Have You Seen This Girl?”

This email interview has been lightly edited.

MinnPost: How many times have you been in the Fringe?

MP: What was your best Fringe show – or shows – and why?

AL: I think the biggest success was our 2009 production of Harold Pinter’s “The Dumb Waiter,” in which I played Gus, gender-swapped. We sold out every show, and I still think it’s one of my top three performances to date.

Fortune’s Fool’s naughty three-woman pirate musical “YARRRH! The Lusty, Busty Pirate Musical.” Which won an encore and was only the second time I’ve been convinced to sing onstage.

My first solo show, “Died in a Trailer Park/Woke Up a Mermaid.” I was proud of it from every angle. It was some of my best marketing. I took huge risks with subject material and found my own style of language, humor, and ways to get the audience to respond. 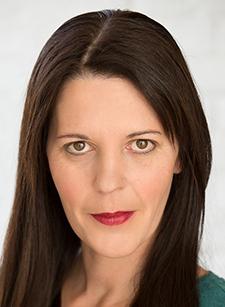 “The Abortion Chronicles.” The honor of receiving those stories from so many brave women and men, and having the show received so well by audiences, is something I will be proud of for the rest of my life. I must have done something right to have gained such trust.

AL: In the middle of a show that I absolutely loved doing, “Tourist Trap” with Ghoulish Delights, I had to pretend to take a bite out of somebody. We used a combination of deli turkey and mint-flavored blood. I was stuck with that taste in my mouth for the entire performance.

MP: What are the pros and cons of doing the Fringe?

AL: Pros: Lack of expense equals ability to take a risk. Also, a built-in audience. If you sound interesting at all, you’ll get an initial draw, and then it’s on the quality of your material to keep them [coming].

Cons: If you’re not a super-experienced theater maker and don’t have a good set of eyes during the rehearsal process, you can have a great idea that never solidifies. I’ve seen a number of these kinds of shows. I’m cheering for them, but they peter out at the end and leave me wanting.

AL: It’s a lot of work for five performances. If you’ve got a great show, of course it’s worth it. If your show is OK but not drawing folks in, or it’s a great idea but unfinished, messy and/or poorly reviewed, it’s hard. You still haven’t lost a lot of money, but it can feel sad to be in the middle of a huge celebratory event when you’re not achieving what you had hoped.

Still, you can do anything and you don’t have a jury deciding if you’re “qualified.” To me, that is very important. Applying to do work other places, you can discover that people have biases, or they judge your résumé, not your ideas, or you just can’t get your foot in the door. Here, Lady Luck is the only thing that determines if you get to do a show. This is what brings me to the Fringe every year, as an artist or a patron. These opportunities are crucial, and many wonderful companies have gotten their start here.

I do the Fringe because it is beautiful, messy and random.

MP: Tell us about this year’s Fringe show, “Have You Seen This Girl?”

AL: It’s a walking show with seven performances and a 20-person audience cap per show. The premise is that we’re the West Bank Neighborhood Watch, a group of concerned citizens searching for a 16-year-old runaway girl. We start in the back yard of the Hard Times Cafe and walk through the West Bank, asking people if they have seen her and discovering more about her as we go. The audience is just voyeurs and witnesses. We don’t ask them to participate. 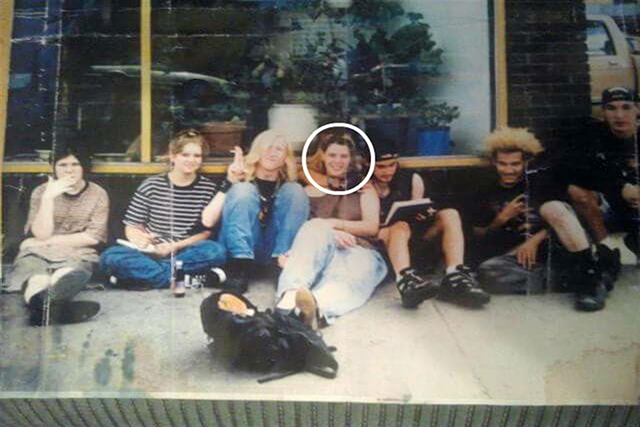 Courtesy of Ariel Leaf
“Have You Seen This Girl?” promotional image

MP: Why should people choose it?

AL: Because it’s something they haven’t experienced before. Because whatever they think the show might be about, or what might happen along the way, I’m going to give them something completely different. Also, as someone who was homeless for a short time in my teens, I’m giving them something as close to authentic as a theater performance allows.

MP: What other Fringe shows do you think would be worth checking out, and why?

AL: That completely depends on your taste in theater! But I’ll tell you what’s on my list.

“What to Do in Case of Dinosaur Attack” [Monster Science Productions]. I’ve seen a number of Reverend Matt’s Monster Science Shows, and they leave me in stitches. His dry, unique humor is not to be missed.

“Geminae” [Oncoming Productions]. I’m a huge fan of a number of the artists involved, and I really enjoyed their creepy “Last Bombardment” in 2017.

“Soft” [Paper Soul]. You think you know what J. Merrill Motz’s show is about? No, you don’t. You never do. And I’ve never seen him do creepy before. So – all in.

“Dreaming” [Gabriel Mata]. I always try to see a couple dance shows, and this man moves like liquid gold.

“Gunfighting: An American Story” [Hero Props]. The description: “I’m a theater prop guy from small-town Nebraska via NYC who trains actors in the safe use of blank firing weapons.” This is bound to be a perspective I haven’t heard yet. 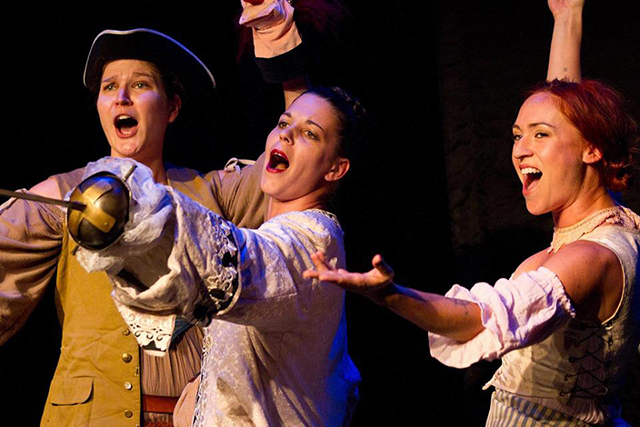 “Eddie Poe” [The Coldharts]. This duo [Katie Hartman and Nick Ryan] never does me wrong. I have enjoyed every show they have done, and I enjoyed the prequel (“Edgar Allen”) so much that I have the soundtrack in my car right now. I saw the first version of this in last year’s Horror Fest and can’t wait to see what they’ve done with it since.

“Not Fair, My Lady!” [Colleen Somerville Productions]. The description: “It’s 2018 and misogyny is alive and well on Broadway. And in the world. Everywhere. Let’s … sing about it!” YES. YES. YES.

Lastly, I would say this: Got an empty slot? Not sure what to see? Go see an out-of-town show.

MP: Any expert advice for first-timers?

AL: Make a mix of sure winners and total risks. The Fringe is not expensive. At either 10 bucks a show or 19/25 for a wristband, it’s worth a few gambles. Local bloggers like Cherry and Spoon, One Girl Two Cities, Minnesota Theater Love and Single White Fringe Geek will list their Top 10s ahead of time, and you can usually find a couple of sure bets in those. Then open the program and find some things that sound interesting, by people you’ve never heard of.

See a lot, but take breaks, either to transfer neighborhoods or grab some dinner. While experienced veterans may be able to put something in every slot, sometimes your brain can’t remember any of the wonderful things you’ve seen if you get overwhelmed or exhausted.

The Minnesota Fringe runs Thursday, Aug. 2, through Sunday, Aug. 12, If you’re new to the Fringe or need a how-to refresher, here’s everything you need to know. There’s no app, but the easy-to-use website works perfectly well on your phone. Use it learn about shows, build your schedule, buy tickets and book your seats.

New this year: a Family Fringe. (Get the kids started early on theater love.) All Fringe venues are now concentrated in two areas of the city, the West Bank and Northeast, so it’s easier to get around and squeeze in more shows. Single-show tickets are back, along with the day pass and VIP pass.

If you missed the Fringe preview shows, you can watch them online here and here. The touring artist showcase takes place tomorrow (Wednesday, Aug. 1) at the U of M’s Rarig Center. 7:30 p.m. $5 suggested donation. RSVP on Facebook.

Artscape is taking a short break

Fringe from the inside: A Q&A with Minnesota Fringe veteran Ariel Leaf