People are coming from all across the U.S. to see a new exhibition at the American Swedish Institute. “Gudrun Sjödén – A Colourful Universe,” which opens today (Friday, July 27), is a vivid and joyous celebration of many things: art, fashion, design, inspiration, women, entrepreneurship, being green, tradition, and color, color, color.

It’s also the first museum exhibition in the States to span the work and career to date of Swedish watercolor artist and entrepreneur Sjödén, one of Sweden’s most successful fashion designers. Forty years ago, she founded the company that bears her name. Today it has customers in 70 countries and annual sales of $900 million. It stopped using plastic bags 15 years ago.

You can, if you want and can afford it, dress in Sjödén’s clothes year-round from head to toe. You can decorate your home with her textiles, linens and dishware.

Starting in ASI’s Osher Gallery, and continuing in the castle-like Turnblad Mansion, the show is a tour of Sjödén’s mind, her company’s history and growth, the design and manufacturing process, sources of inspiration, even the catalog.

Originally handwritten and hand-drawn — this was B.C., before computers — the catalog was Gudrun Sjödén’s main marketing tool until 1997. That’s when the company opened its first web shop. “We couldn’t understand how to do this,” Sjödén said Thursday during a preview. “There was nothing to look to. We did it in three languages.”

Walking into the show is like opening a door into Oz. Buh-bye, black-and-white. “Our mission is to bring more colorful people into the world,” said VP and head of business Ann Adelsson. “If you have a choice, go bold!”

Each collection begins with a watercolor. The Osher Gallery features many of Sjödén’s original watercolors, a giant-sized box of colors, and giant paintbrushes, some serving as mannequins for layered outfits. You immediately see the connection between the watercolors and the clothes.

Dozens of Maypole-inspired mannequins in the Turnblad Mansion show the evolution of the company’s aesthetic, expanding to include ideas from Japan, Mexico, Northern Europe, India and other countries around the world.

Because of how the exhibition is designed and presented, you can view the clothes up close. They’re beautifully made. The prints are original, the colors vibrant, the seams are straight and the details often include handiwork. These are clothes made for everyday life. “Why wear high heels and push-up bras when you can be comfortable?” Adelsson asked. Or Spanx.

So far, Gudrun Sjödén has just one brick-and-mortar store in the States, in New York’s SoHo neighborhood. An earlier effort in California in the 1980s was not successful. Today its fastest-growing market is in the U.S. Maybe this show, with its pop-up store in the ASI’s gift shop, is a toe in the water. “This is a good fit,” Adelsson said. “We feel right at home in Minneapolis.”

On Saturday night, a van pulled up beside us in the parking lot at Bloomington Center for the Arts. All four doors opened and several young women poured out, talking excitedly.

A voice rose above the shrieks of disbelief: “You mean you’ve never SEEN ‘Legally Blonde’?”

It’s a cult thing. “Legally Blonde” the book, the movie, the sequel, and now – due out in 2020 – the threequel. A piece of the internet went bananas in June with the news that Reese Witherspoon will return as Elle Woods in “Legally Blonde 3.”

Meanwhile, Artistry is staging “Legally Blonde” the award-winning musical. Based on the novel and the original movie, it’s a high-energy, low-angst evening of singing, dancing, acting and girl power.

The story is silly. Boy dumps perfect girl because he thinks she’s too dumb for his political aspirations. She gets into Harvard Law and proves him wrong. Parts are outdated and some are cringeworthy. Today, for example, it would not be OK to sing a song called “Gay or European?” before outing a gay character.

But there’s a lot about the narrative that still rings true. The messages are solid: be yourself, believe in yourself, be a good friend, avoid stereotypes. Elle even has a #MeToo moment.

The musical hinges on Elle, who’s in all 20-plus scenes. In Angela Steele, Artistry found the perfect lead — an Elle of steel. She’s petite but mighty, she can really sing, and she’s enormously likeable in the role. As “Legally Blonde” the movie opened doors for Witherspoon, this musical should do the same for Steele.

We don’t meet Brooke Wyndham until Act II, but Dorian Brooke is terrific as the fitness queen accused of murdering her husband. She has to sing, act and do double jumps, all at the same time. She exudes strength and confidence. We loved Mary Palazzolo as salon owner and Elle’s friend Paulette Bonafonté. And the sorority sisters Pilar (Brittany Marie Wilson), Margot (Caitlin Featherstone) and Serena (Mari Holst). And Katie O’Halloran as feminist Enid Hoops. And Maggie Mae Sulentic as snarky Vivienne, who eventually comes around, because who can resist Elle? 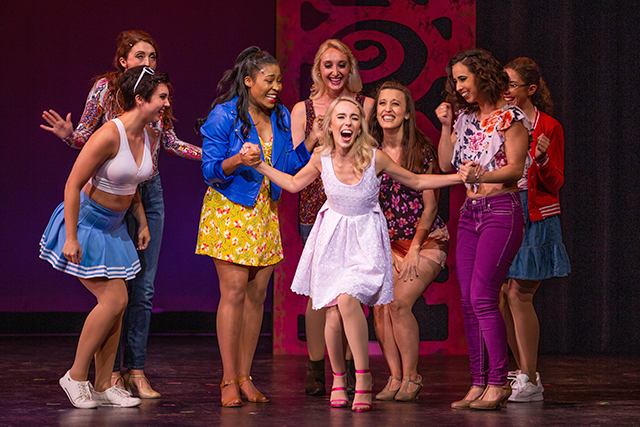 The men are not the main event in “Legally Blonde,” but Alex Leonard and Benjamin Rubenstein play their roles well. Leonard’s perfect hair complements his vacuousness as Warner Huntington III, the dope who dumps Elle. Rubenstein shines as supportive Emmett Forrest. If Steele ever portrays Ruth Bader Ginsburg in some far-in-the-future biopic, maybe Rubenstein can be Martin.

Angela Timberman wrangles a cast of 27 mostly young actors and a show that caroms from scene to scene. This is her third production for Artistry and her second big musical. She’s a force. Joel Sass’s scenic design flexes quickly enough that one moment we’re in a courtroom, the next we’re in a bathroom. Anita Ruth, Artistry’s resident music director, leads an orchestra of 12 in a lengthy score with 20 songs. Heidi Spesard-Noble keeps things moving with her choreography, including a killer bend-and-snap routine.

Today (Friday, July 27) through Sunday at Mia: “Art and Healing: In the Moment.” The final weekend of an important and profoundly moving exhibition. All the artwork was made by community artists in response to the fatal shooting of Philando Castile on July 6, 2016. Much of it is from the collection of his mother, Valerie Castile. FMI. Free.

Saturday and Sunday in Hutchinson: Minnesota Pottery Festival. More than 30 potters from across the country will convene in an open field to show and sell pots. Some will also make pots, blindfolded, in a Pottery Olympics competition. 10–5 p.m. Saturday, noon–4 p.m. Sunday. FMI. Free.

Saturday at Orchestra Hall: Minnesota Orchestra: Inside the Classics: Speaking Truth to Power. An unusual and thoughtfully chosen program of music by composers who used their craft to comment on historical and current events. It includes adult-oriented topics and may not be appropriate for young children. Hosted by violist Sam Bergman, conducted by Sarah Hicks, with bass-baritone Kevin Deas. 8 p.m. FMI and tickets ($35–55). 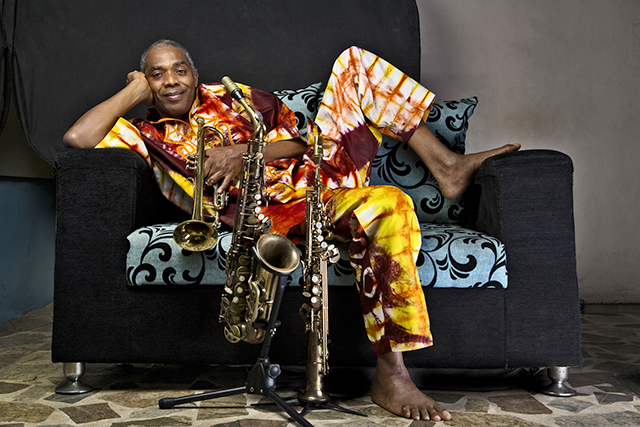 Tuesday at the Cedar: Femi Kuti & the Positive Force. The first son of Afrobeat legend Fela Kuti is out with his latest album, “One People One World,” recorded in Lagos with musicians including his son Omorinmade. 7:30 p.m. FMI and tickets ($50 advance, $55 day of show).