Hilarious, blasphemous, subversive and profane. Isn’t that what you want in a summer play? Don’t think too hard. Just say yes and get to “Hand to God” at the Jungle before it’s gone.

Few things are as satisfying as sitting in a theater during a live performance, laughing your head off while everyone around you does the same. Well, almost everyone. Watching Robert Askins’ play is a bit like taking your mom to a movie with full frontal nudity. You’re kind of embarrassed and not sure how to act. Some people around us at the Jungle weren’t entirely comfortable. Nobody walked out, though.

The story, loosely sketched: Margery (the marvelous Tracey Maloney) has recently been widowed. Her teenage son, Jason (Riley O’Toole), is fatherless. Both are reeling with grief, but they can’t talk to each other about it.

Pastor Greg (Kris Nelson), trying to help, asks Margery to run the puppet club at their church. (If a puppet club at a church sounds weird, it’s not uncommon for churches to use puppets to teach Bible stories to children.) The club members are the sad Jason, level-headed Jessica (C. Michael Menge) and troublemaker Timothy (Eric Sharp).

The play opens in the church basement. We soon learn that while Pastor Greg has a flock, he’s painfully lonely and in love, or lust, with Margery. So is teenager Timothy, in a testosterone-rocket-fueled way. Meanwhile, Jason has a crush on Jessica. And Tyrone, Jason’s yellow sock puppet, is possessed by the devil.

Or is he/it? At one point, Jason asks Tyrone, “Are you the devil?” Tyrone responds, “Are you?”

Is the puppet possessed, or is he/it a manifestation of Jason’s id? Either way, all hell breaks loose. And either way, the play holds up. “Hand to God” balances profanity with humanity. You care about the characters, as crazy as they are.

Christina Baldwin’s direction is sure-handed and rooted in her years with the movement-oriented Theatre de la Jeune Lune. Cheers for Chelsea Warren, maker of puppets and sets. Was it her idea to give Tyrone teeth? The car – used only once, in a short scene – is brilliant. The sets look like life-size puppet theaters, Punch and Judy super-sized. Sarah Bahr’s costumes pop with bright colors. Pastor Greg’s sweater vests, worn over a short-sleeved shirt and clerical collar, are a hoot.

Riley O’Toole plays both Jason and Tyrone, shifting characters and voices with awe-inspiring mastery. Tyrone is a stick puppet. As O’Toole moves the mouth, head and body with his left hand, he manipulates the arms with his right. It all looks incredibly hard, and it happens with lightning speed. One moment O’Toole is soft-spoken, mild-mannered Jason, and the next he’s foul-mouthed, terrifying Tyrone. You forget that O’Toole’s lips are moving while Tyrone is talking. The scraggly yellow puppet takes on a life of its own.

“Hand to God” is the final play of the Jungle’s 2018 season. The 2018–19 season — the Jungle is switching to the more traditional theater calendar — is just around the corner, with seven plays including five written by women and two world premieres.

In June, the Jungle won a 50/50 Applause Award for gender equity. In February, artistic director Sarah Rasmussen won a $250,000 grant from the BOLD Theater Women’s Leadership Circle, which puts her in line for another $500,000. Christina Baldwin was recently named the theater’s resident director, and Robin Gillette is serving as interim managing director.

Right now, the Jungle is the most exciting theater in the Twin Cities. Walk through the door and you feel the buzz.

“Hand to God” by Robert Askins, directed by Christina Baldwin, continues at the Jungle through Aug. 19. FMI and tickets ($37–47). Parental advisory: explicit content.

Tonight (Thursday, July 26) at Minneapolis Central Library: Minneapolis Art Lending Library’s Summer Lending Event. Choose an original work of art, check it out and bring it home. Enjoy it for three months, then return it, free of charge. More than 100 works of art will be available, plus selected pieces from the Lending Library’s exhibit “Art Needs People.” The focus is on work by Twin Cities artists, and the selection includes paintings, drawings, prints, photographs, ceramics and sculptures. In Cargill Hall on the second floor. 5–8 p.m. Free. If this will be your first time, bring proof of your current address. 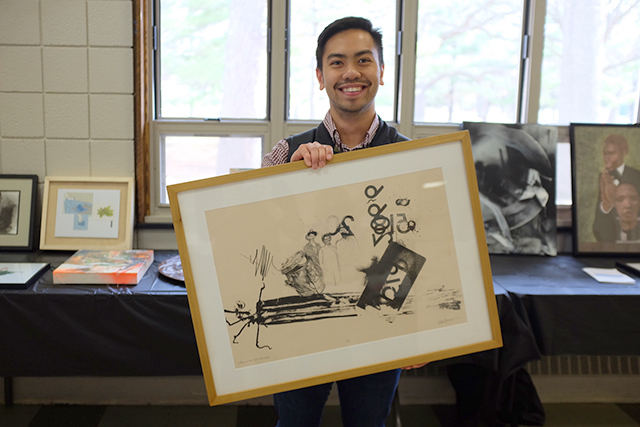 Photo by Nathan Young
Choose an original work of art, check it out and bring it home from the Minneapolis Art Lending Library’s Summer Lending Event.

Tonight at Magers & Quinn: Dan Kaufman presents “The Fall of Wisconsin.” Once upon a time, Wisconsin was a progressive state, a laboratory of democracy, a cradle of the labor and environmental movements, and home of the Wisconsin Idea, which championed expertise in the service of the common good. What the @#$%! happened? Kaufman tells the tale and chronicles the efforts of citizens trying to reclaim the state’s progressive legacy. 7 p.m. FMI. Free. 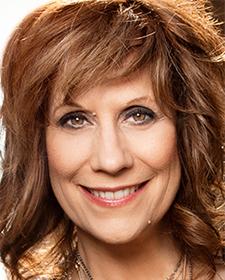 Tonight at The Cedar: Lady Parts Justice League’s Vagical Mystery Tour 2018 Hosted by The Daily Show Co-Creator Lizz Winstead. In Winstead’s words, this will be a night of “the most badass women of the Twin Cities, singing the most sexist songs ever written.” And of raising awareness and inspiring activism around rapidly eroding reproductive rights. With Lori Barbero (Babes in Toyland), Tina Schlieske (Tina and The B Sides), Janey Winterbauer (The Suburbs, Wits), Chastity Brown, comedian Jenn Schaal, singer-songwriter Jill Sobule and more, plus a post-show talkback. Doors at 7 p.m., show at 8. FMI and tickets ($25).

Thursday, Aug. 2: The Best of The Second City at The Cedar. Where would comedy be today without Stephen Colbert, Gilda Radner, Bill Murray and Tina Fey? Much of the comedy we know, love and laugh at got its start at The Second City, a sketch and comedy theater in Chicago. The Cedar debut will include sketches and songs from the theater’s history, along with here-and-now improv. About this show, the Chicago Reader wrote, “Occasionally the ‘best of’ performers outshine the originals.” That’s high praise. FMI and tickets ($30/38).