Well, finally. After 27 years and 153 honorees, Minnesota can claim a National Endowment for the Arts Jazz Master. Composer, arranger and orchestra leader Maria Schneider, born in Windom in Cottonwood County, is a 2019 Jazz Master, the NEA announced yesterday.

Schneider joins a relatively short list, numbering just 21, of women jazz masters. At 57, she’s the youngest woman ever selected for the prestigious award. Schneider is also a five-time Grammy winner.

The NEA Jazz Masters fellowship is the highest honor our nation bestows on jazz artists, men and women who have advanced what has been called America’s only true art form. In a statement, Schneider said, “I’m deeply honored, excited, and absolutely amazed. I’ve seen so many of my heroes receive this honor in the past. It inspires me to do more – much much more. There’s a heck of a lot to live up to in this club.”

The 2019 recipients will be celebrated at a free tribute concert on Monday, April 15, 2019, at the John F. Kennedy Center for the Performing Arts in Washington, D.C. The concert will be livestreamed. (The Kennedy Center’s artistic director for jazz is Jason Moran, who currently has an exhibition at the Walker and will be here next Thursday to perform in the gallery with his trio, Bandwagon.)

The Jazz Masters fellowship, which carries a cash prize of $25,000, honors living jazz legends. While Dorough was alive when he was nominated and knew he would receive the award, he died on April 23 of this year.

Schneider has lived in New York City for several years but returns to Minnesota often to visit family and friends. Her most recent performance here, with her orchestra, was Feb. 16, 2017, at the O’Shaughnessy. Dorough played two nights in the Dunsmore Room at Crooners in March of this year, a little over a month before he died. Ibrahim played two luminous sets at the Dakota in April with his band Ekaya.

Someone once wrote “France is still as important to cinema as light itself,” and the aptly named Lumières Françaises (French lights) film festival, which opens today at the Film Society’s St. Anthony Main Theatre, is proof. The 10 featured films are a tasting menu of indie comedies, dramas and documentaries.

“Orchestra Class” (La Mélodie) follows a group of junior high students in a working-class Paris suburb as they prepare to perform at the Philharmonie, the splendid home of the Orchestre de Paris. These are not well-behaved students at a conservatory. They’re a diverse and skeptical bunch in a crowded school where fights break out. None has ever held a violin before. Some are astonishingly foul-mouthed yet still endearing. Anything sounds better in French.

Their teacher, Simon Daoud (French-Algerian comedian and actor Kad Merad), is an unhappy violinist – recently divorced, on bad terms with his 15-year-old daughter – who takes the gig while he waits to hear back from a string quartet he hopes to join. His heart isn’t in it, until it is. The film is mostly about the kids, with not much time spent on Daoud’s backstory. The young actors are such naturals that it almost seems they’re improvising.

Of course the story has moments of conflict and doubt, but things turn out well in the end. Anything else would be unfair. You don’t come to a movie about kids and music, and the power of music to change lives, to be horrified or disappointed. You come to be moved, uplifted and inspired, and dab at your eyes a little. That happens in “Orchestra Class” as the kids practice and learn Rimsky-Korsakov’s “Scheherazade.”

In a lovely gesture of casting, actor Mathieu Spinosa, who plays the conductor, bears a very strong resemblance to Orchestre de Paris Music Director Daniel Harding. They could be brothers.

Here’s the whole festival lineup, with links to trailers, times and tickets. All films screen at the Film Society’s St. Anthony Main Theatre, with English subtitles. If you think you might see all 10, or most of them, a pass is the way to go.

The recital series launched last year by the International Cello Institute – hence the name CELLOici – was such a success it’s back again. International Cello Institute is an intensive program for young cellists held each summer at St. Olaf College. The series is a tremendous opportunity for the rest of us to hear top-notch out-of-towners perform. 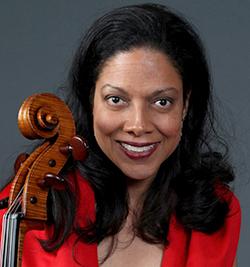 Now at the Children’s Theatre: “The Best Summer Ever.” Nobody tells stories like Kevin Kling, especially about growing up in Minnesota, lessons learned along the way and the magic of summer. Kling’s words, Victor Zupanc’s songs and sing-alongs, and Liz Howl’s animations invite audiences of all ages to see life through the eyes of nine-year-old Maurice, from Norwegian camp to eating ICEEs to interviewing a mosquito. Directed by Peter Brosius. Runs about an hour; best for ages 8 and up. Evening shows and weekend matinees. FMI including times and tickets ($15-32). Closes July 29.

Tonight at Highpoint Center for Printmaking: Hot Off the Press: The 33rd Cooperative Exhibition Opening Reception and 20% Off Sale. What goes on at Highpoint? The popular cooperative exhibitions are your best chance to see and learn. This summer’s show presents work by 41 local printmakers currently working at Highpoint. More than 70 pieces will be on exhibit. Printmaking methods include lithography, relief, intaglio, screenprinting, monotype and polymergravure. Prints are available for purchase, with a one-night-only 20% discount. 6:30-9 p.m. FMI. Show closes Aug. 25.

Tonight (Friday, July 13) at the Emagine Willow Creek: TCFF Insider Series: “Hover.” If you’ve been meaning to check out the Emagine movie theater and its charcoal leather luxury power recliners, you can do it tonight with the Twin Cities Film Fest. “Hover” is a dystopian view of the near future, when environmental strain has caused worldwide food shortages and drones maximize the yield from what land remains. Tip: It’s never good when they bring in the drones. Here’s the trailer. A 6:30 p.m. red carpet event and reception will be followed by screenings at 7 and 9. Stay after for a Q&A with the director, Minnesota filmmaker Matt Osterman. FMI and tickets ($10/12).

Monday at Icehouse: Davu Seru & No Territory Band. They’ve just released their debut album, “There’s a Hole in the Wall in the Bucket.” They’re heading to France to play the Festival Kind of Belou in Treignac, and this is their send-off concert. The band is Seru on drums, Pat O’Keefe on clarinets, Nathan Hanson on saxophones, JC Sanford on trombone, Jake Baldwin on trumpet, Scott Fultz on baritone sax and Levi Schwartzberg on vibraphone. What an interesting sound palette: drums and vibes, and the rest all horns and woodwinds. 9:30 p.m., $10 at the door.

Monday and Tuesday at the Dakota: Anoushka Shankar: “Land of Gold.” The title song of her latest Grammy-nominated album is Shankar’s personal response to the body of Syrian infant Aylan Kurdi, washed up on a Turkish beach. Yes, this is exquisite music from a sitar virtuoso with great genes – Anoushka is the daughter of the legendary Ravi Shankar and the half-sister of Norah Jones – but it’s also a cry against injustice from a passionate activist whose causes include sexual violence, human trafficking, gender inequality, and most recently the refugee crisis. With Manu Delago on hang and electronic drums, Sanjeev Shankar on shehnai and Tom Farmer on double bass and keyboards. 7 p.m. FMI and tickets ($55-75).