Robert Dorfman will make his directorial debut, Miriam Schwartz will return to the stage, Kim Kivens will play multiple characters and Warren C. Bowles will helm another production in Minnesota Jewish Theatre Company’s 2018-19 season. The five productions will include a world premiere.

Here’s a look at the lineup.

Aug. 18-30: “What I Thought I Knew” by Alice Eve Cohen. Based on true events and a book Oprah loved, this one-person play is a journey through a high-risk pregnancy and the American health care system. It will be a workout for Kim Kivens, last seen as witchy Felicity in “Natasha and the Coat,” who will portray nearly 40 characters.

Oct. 20-Nov 11: “The Last Schwartz” by Deborah Zoe Laufer. An unveiling memorial service sets the stage for a comedy/drama that explores Jewish identity and cultural continuity. Ivey winner Warren C. Bowles (“The Tale of the Allergist’s Wife”) will direct.

Dec. 2-18: “The Chanukah Guest” by Jenna Zark. Craig Johnson will direct the return of the popular MJTC commission that premiered in 2014. The tale of Bubba Brayna, who makes latkes for a bear, is a holiday treat.

April 27-May 19: “Shul” by Sheldon Wolf. The season closes with a world premiere about the remaining congregants of an old, dilapidated synagogue. Should they sell the building – or share it with members of the Sikh community? Actor Robert Dorfman (“Via Dolorosa,” “We Are the Levinsons”) will make his debut as a director.

All performances will be held in the theater of Highland Park Community Center in St. Paul. Season subscriptions are on sale now.

They won’t tear it down. But will they leave the murals?

Intermedia Arts announced Tuesday that it has signed a purchase agreement for the sale of its property with RightSource Compliance, which works with the affordable housing industry. RightSource will renovate the building and grounds at 28th and Lyndale in Minneapolis for its 40–60 employees, who currently work in the Historic Grain Exchange building in downtown Minneapolis.

Co-President Omar Akbar said in a release that Intermedia’s board received 16 proposals from nonprofit organizations, businesses and developers. They voted unanimously for RightSource.

Facing a financial crisis, the 44-year-old multidisciplinary, multicultural arts organization laid off its entire staff in September 2017. In October, it announced that it would put the property up for sale. It retained a real estate broker in early December.

Parts of its programming are continuing elsewhere. Catalyst Arts, named for Intermedia’s Catalyst series founded and curated by Shá Cage, is an independent producing arts team that has already held performances and workshops at Open Eye.

Tonight at Magers & Quinn: Mike Finley presents “89 Objects of Happiness Arrayed in Ascending Order.” Writer, videographer and self-proclaimed “king of the St. Paul poets,” Finley has been a colorful part of the Twin Cities literary scene for 50 years. He has published more than 230 books. His latest just might be what we all need. In his words: “116 pp of happiness – a steal at $5.” 7 p.m. Free.

Starts Friday on your teevee: Great American Railroad Journeys: Minneapolis to St. Paul. With a passion for railways and a nose for history, Michael Portillo visits the Twin Cities in this new episode of the British TV series. There are stops at the American Swedish Institute (for lutefisk), Minnehaha Falls and F. Scott Fitzgerald’s stomping grounds. Airs Friday at 6 p.m. and Saturday at 1 a.m. on TPT. Other showings are listed here. Next up, starting Monday, July 23: Red Wing, Minnesota to Portage, Wisconsin. 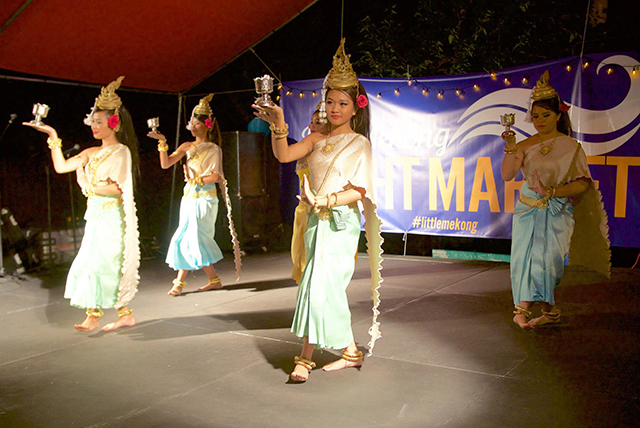 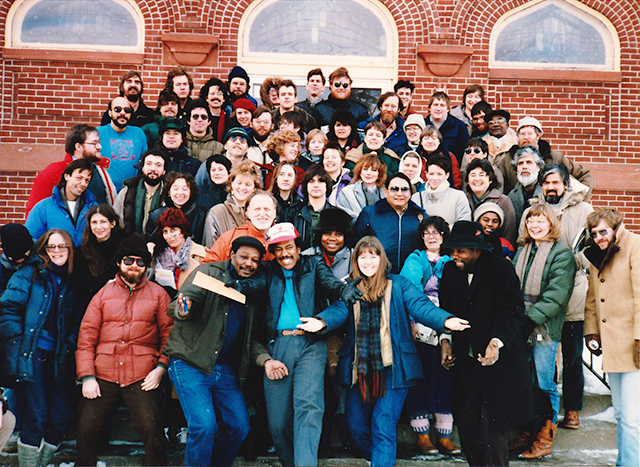 Courtesy of Sound Unseen
“Little City in Space,” a documentary about KFAI, showing Tuesday at the Trylon.

Tuesday at the Trylon: “Little City in Space.” Community radio station KFAI turns 40 this year. Thirty-five years ago, in 1983, Czech filmmaker Miroslav Janek got involved with the station and its volunteers. He took a year’s worth of footage that became “Little City in Space,” a look at the scrappy station, its motley crew and DJs including Chicago bluesman Lazy Bill Lucas and Minneapolis legend Willie Murphy. What a time warp this will be. Co-presented by Sound Unseen with KFAI. 7 p.m. FMI and tickets ($10 advance, $12 door).

Last December, Hennepin County Library started an online music platform called MnSpin featuring Minnesota artists. (Here’s some background.) But humans can’t live by streamed music alone, so they’ve teamed up with the Hook for the first-ever MnSpin Live, a concert set for Tuesday, Aug. 21. The time: 7-9:30 p.m. The lineup: TBA, drawn from the artists streaming on MnSpin. The cost: free, but registration is required. Before you know who’s playing? Sounds a bit like Eaux Claires.