Their high-energy stage presence, distinctive voices, close harmonies, varied songbook and unerring fashion sense made Moore By Four a must-see-and-hear in the 1980s and ’90s. Led by Sanford Moore, who arranged the music and played keyboards, they were cool. They were fun. And could they ever sing.

Formed in 1986 at Ruby’s Cabaret, Moore By Four enjoyed years of sold-out concerts, weekly gigs, tours of Europe and Japan, festival appearances, and performances with Sarah Vaughan, Dizzy Gillespie, Harry Connick Jr. and others. They made a holiday album. They sang for the U.S. Olympic Committee, the Super Bowl and the King and Queen of Sweden.

They’re all so tremendously talented they eventually moved on to individual careers in music and the theater.

Moore is always in demand as a music director, arranger and pianist, very often with Penumbra Theatre. Yolande Bruce has performed locally, nationally and internationally. She has acted at Penumbra, the Illusion and the Guthrie. In May, she turned in a strong performance in Full Circle’s “Under the Roof” at the Dowling. Ginger Commodore, a former Sounds of Blackness member, performs with her own quartet and has piled up theater credits with Penumbra, Mixed Blood, the Children’s Theatre, Park Square, the Minnesota Opera and Wonderlust (“The Capitol Play Project”).

Connie Evingson has released several acclaimed albums and performs often at the Dakota and Crooners, singing everything from swing to hot club, the Beatles to Dave Frishberg. She has her own series at the Woman’s Club and the Jungle Theater. The male voice of Moore By Four, Dennis Spears, is an Ivey-winning actor and longtime Penumbra company member. He’s also artistic director for the Legends music series at the Capri, the main reason Minnesota Monthly named the north Minneapolis theater Best Venue for Live Jazz in the Twin Cities. Spears has performed in theaters all over town (he was Tinman in CTC’s “The Wiz”) and at the Kennedy Center. He sings at the Dakota and Crooners.

This isn’t even everything they’re doing. So it’s no small feat to find a weekend when they’re all available and willing to step back into their fabled Moore By Four selves. But Andrew Walesch, music director at Crooners, talked them into it. They’ll play the big room at Crooners on Friday and Saturday. Both shows are sold out.

To paraphrase our friends at Secrets of the City, this column is as much about keeping you in the loop as getting you to the door. If you can’t see Moore By Four this time, maybe there will be a next time.

We spoke with Ginger Commodore on Tuesday.

MinnPost: When was the last time Moore By Four sang together? 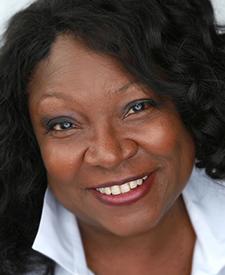 Courtesy of the artist
Ginger Commodore

Ginger Commodore: It was 2014. We opened for the Capri Legends series that year. We pulled together for that show. Before that, it had been years. The stars aligned and we got everybody all in one place.

MP: Whose idea was the reunion?

GC: It was Andrew Walesch. We had been working individually at Crooners and it came to him – why don’t you guys get back together for a weekend? He’s into it and on it.

GC: In some respects, old hat. We fell into a lot of the patterns we were used to. On the other hand – ooh! It’s been ten years since we sang that song! One or two probably go back 20 years.

We are an ensemble. It’s really fun to pull it back together, recall the stories, remember this and that. It’s a fun time for us.

MP: It’s been a while since you were a regular thing. What’s changed?

GC: Because of the way Sanford led the group, each of us was always able to solo. We were allowed to arrange the parts we sang, if it was a solo or a step-out. We could arrange those for ourselves.

Everything was boosted. Our ears were boosted. Individually, we were boosted and more able to present solo work. We used that to move ourselves forward individually. And it made coming back together that much easier.

MP: You all have careers of your own. You’re bringing more stage skills, a lot of theater experience and more experience in general. Does that make a difference?

GC: I think it does. But the performance, the level, and the harmonics will be the same. The audience will be entertained as much as they ever were. We’ll have the same confidence and emotion. With our track records, we can sustain that. So it won’t look like work. 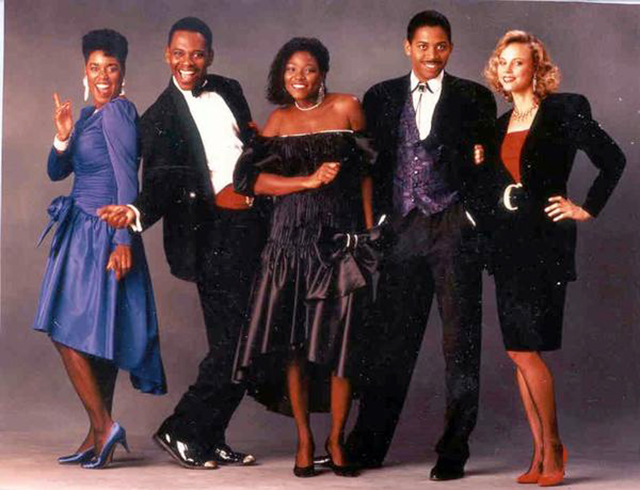 MP: What will we hear at Crooners?

MP: In December 2015, Rio Nido – which was big around the same time as Moore By Four, and then they all went their separate ways – did a reunion at the Dakota. That was supposed to be a one-off. It went so well they’ve performed several times since.

GC (laughs): And what are you getting at?

MP: Do you think this might be the restart button for Moore By Four? Two sold-out shows is a powerful incentive.

GC (sighs): Honestly, things have to really fall into place with everyone’s schedule for that to happen. Everybody has something else coming up. Sanford and Dennis will be gearing up for Penumbra. I’m writing a few things and working with Sounds of Blackness on a couple of projects.

Andrew’s ready to book our next weekend. We all looked at each other and said, with one eyebrow up, “Yeaahhh, maybe ….”

Moore By Four will perform Friday and Saturday in the showroom at Crooners. FMI. Both shows are sold out.

Moore By Four to reunite for two shows at Crooners