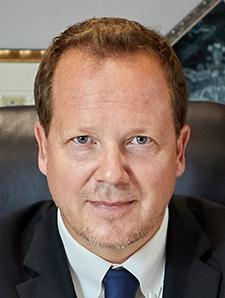 Vladimir von Tsurikov, director of the Museum of Russian Art since 2014, will resign at the end of August, TMORA announced Friday.

That’s a big loss for the only museum in North America devoted exclusively to Russian art, and the Twin Cities community where it’s located. TMORA’s visibility, donor base and attendance have risen under von Tsurikov’s leadership. Its relatively small space – a formerly derelict church-turned-funeral home at the corner of East Diamond Lake Road and Stevens Ave. S., beautifully redesigned by architect Julie Snow before von Tsurikov’s arrival – presents unique exhibitions and live events including concerts, film screenings, lectures and conversations.

Current exhibitions are William Craft Brumfield’s photographs of the Russian North; paintings by Minneapolis-based artist Leon Hushcha, whose parents were immigrants from Ukraine; “Art in Conflict,” drawn from TMORA’s permanent collection, juxtaposing state-sanctioned and oppositional art from the Soviet era; and a show of matryoshka, the ever-popular painted wooden nesting dolls. Tomorrow night (Thursday), the men’s vocal group Cantus will perform in the main gallery to a sold-out crowd. Plus TMORA has a terrific museum store, and they don’t hit you over the head with it when you walk in the door.

A German-born, Russian-speaking scholar, von Tsurikov came to TMORA in 2014 from the Foundation of Russian History in Jordanville, New York. Among his ancestors is the commander-in-chief of the Russian army credited with defeating Napoleon. In September 2015, TMORA became the first American museum in five years to host an exhibition co-organized by the Ministry of Culture of the Russian Federation. In 2018, von Tsurikov received the Silver Archer award from the Russian Cultural Center in Washington, D.C., in recognition of his contributions to cultural diplomacy.

“We are full of sadness,” board chair Glenn Miller said in a statement. “Vladimir has positioned the organization to be of both high quality and global significance.” The board will begin assessing TMORA’s ongoing needs and planning for a months-long search process.

On Sunday evening, we went to the inaugural Summer Showcase Concert of the Twin Cities Jazz Composers’ Workshop (TCJCW). Held at Studio Z before a full house, it was an evening of six works for large ensemble by six Twin Cities-based composers. Making the house even fuller was the 17-member Jazz Composers’ Workshop Orchestra: woodwinds, trumpets, trombones and a rhythm section (piano, guitar, bass, drums). That’s a lot of people playing music on a boatload of instruments.

David Stamps’ “What If” was a musical rumination on the anxieties artists experience while making something new. In JC Sanford’s “Bang Slither,” instruments blared and slid, settled into a groove, then went off again. Aaron Hedenstrom’s “The Shadow of the Pines” explored nature in bossa nova and modern jazz.

In “Now Is the Winter of Our Discontent,” Kari Musil shared her own feelings about the current state of our nation and the world. Asuka Kakitani’s “Dark Woods Where the Wolf Lives” told a story in sound. Adam Meckler’s “Kobei Bromance” paid tribute to a friendship. 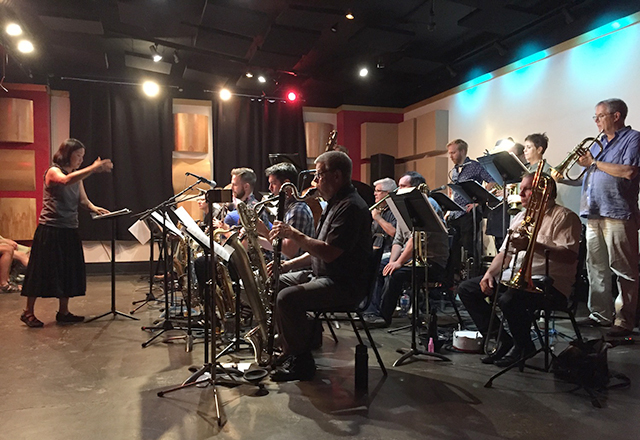 All six works were world premieres. All had been heard and discussed at various stages by TCJCW members in regular meetings and open-to-the-public readings at Jazz Central. TCJCW aims to be — already is — a way to foster creative and forward-looking composition for the modern jazz orchestra in the Twin Cities area. It’s a pipeline for new and original work on our large and active big band/jazz orchestra scene.

How large and active? According to Jerry Swanberg, host of KBEM’s “Big Band Scene,” 27 big bands will give 40 performances in 26 venues in and around the Twin Cities in August alone.

On Monday evening, we attended the second staged public reading of “To Let Go and Fall,” a new play by Harrison David Rivers with original music by Jacqueline Ultan and Michelle Kinney. The reading was at the Ritz, home of Theater Latté Da, and part of its annual NEXT festival of new works.

We’re not allowed to review it, but we can say we look forward very much to seeing the final version in May 21. “To Let Go and Fall” has already been added to the 2018-19 season.

This is the fifth play by Rivers we’ve seen in 2018. It follows “A Crack in the Sky” at the History Theatre, “Five Points” at the Ritz (home of Theatre Latté Da), a staged reading of “The Bandaged Place” at the Playwrights’ Center, and “This Bitter Earth” at Penumbra.

We’ve been asking people, “Have you ever seen five plays by the same playwright in one year? If so, which playwright?” Answers: Maybe. Shakespeare? August Wilson?

We could point to companies like Sandbox and The Moving Company whose works are devised by company members. But that’s not the same as one young, living African American playwright at home in the Twin Cities at his keyboard. For Rivers and for us, this is a remarkable thing.

Now at the Ordway: “Mamma Mia!” The Ordway’s all-new production won’t be the same old “Mamma Mia!” Director Martha Banta, the associate director for “Mamma Mia!” on Broadway, promises new staging, scenery, costume designs and choreography. The cast is a blend of national and Minnesota talent. Christine Sherrill, who was part of the national tour and Las Vegas production, will play Donna. Among the Minnesotans are Dieter Bierbrauer as one of Sophie’s possible dads, Ann Michels and Erin Schwab as Donna’s friends Tanya and Rosie. The Ordway’s show opens just as the movie sequel premieres. (Vanity Fair calls the movie a winner.) ABBA fans, this is your moment. Tonight’s performance (Wednesday, July 18) is a preview; opening night is Thursday, after which the show runs in evening and matinee performances through Sunday, Aug. 5. FMI and tickets (start at $48; dynamic pricing). 651-282-3111. 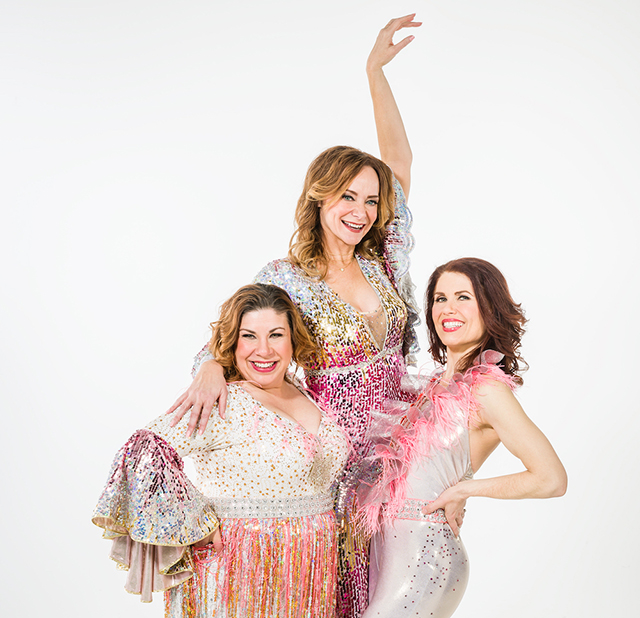 Tonight in downtown Minneapolis: Aquatennial Torchlight Parade. So you can see Tayari Jones at the library, then enjoy our annual nighttime parade of floats, displays and bands, all on the same night. Stillwater native and X Games skateboarder Nicole Hause will be the grand marshal. The parade starts at the Basilica of St. Mary and heads down Hennepin Ave. to 5th Street. 8:30-10:30 p.m. FMI. 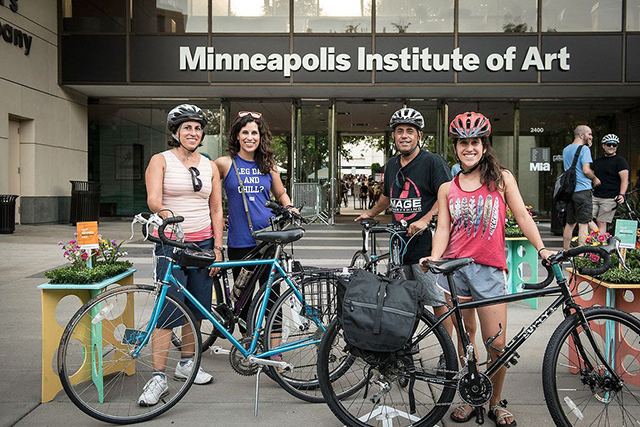 Courtesy of Mia
Meet at Surly Brewery for a pre-party at 4:30 p.m. and join the group ride to Mia, which departs at 5:30.

Thursday at Mia: Third Thursday: Bike Night. Some people think this is the year’s best Third Thursday. Pedal to the party through Mia’s doors. Connect with the Twin Cities biking community, look at bike gear, dine at food trucks, enjoy live music from the Scrunchies and check out some art. (P.S. the Philando Castile exhibit is up until July 29.) Meet at Surly Brewery for a pre-party at 4:30 p.m. and join the group ride to Mia, which departs at 5:30. Third Thursday is 6-9 p.m. Free. Update: This event has been rescheduled for Thursday, July 26, due to expected rain.

Thursday at the Walker: Jason Moran and Bandwagon. As part of “Jason Moran,” an ongoing interdisciplinary exhibition and live music event, pianist and composer Moran is curating the summer’s Sound Horizon series of free concerts in the galleries. Thursday will be unique: three sets by Moran’s trio the Bandwagon (with Tarus Mateen on bass, Nasheet Waits on drums), performed in Moran’s art installation in the Target Gallery. 6, 7, and 8 p.m. Free.