We love how Minnesota State Fair news happens all year. The commemorative art announcement. The Grandstand line-up. The free live music. The new foods. (This year’s stunner: nothing new on a stick.) And now, the new attractions for 2018. Here’s a selection.

We’re hearing great things about the Great River Shakespeare Festival in Winona. Like how its production of “Shakespeare in Love” is better than the movie. And how its “Midsummer Night’s Dream” reaches out to younger audiences. And how attendance for this season, its 15th, is up 44 percent over 2017 and 20 percent over 2012, the most recent record-setter.

The festival is midway through its six-week run. Final performances are Sunday, August 5. 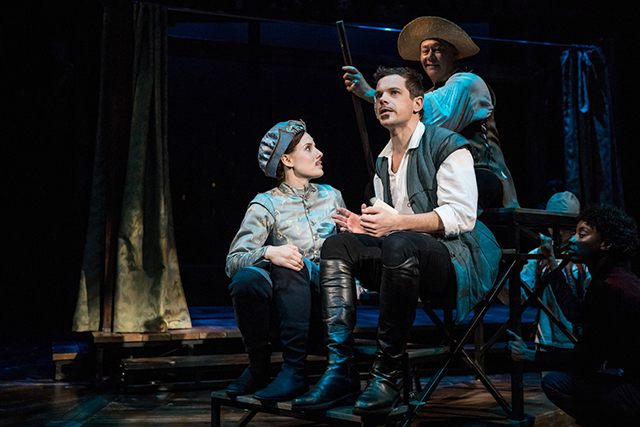 Great River Shakespeare Festival is a nonprofit, professional Equity theater company and a staple in the Winona arts scene. If you’ve never been to Winona, it’s a lovely city and college town on the Mississippi, east of Rochester and about two hours out of the Twin Cities. A Plan Your Visit page on the festival’s website can give you some tips on where to stay, play and dine while you’re there. FMI including times and tickets.

Award-winning journalist and best-selling author Sebastian Junger (“Tribe,” “The Perfect Storm,” “Fire,” “A Death in Belmont,” “War”) will be the keynote speaker at the 2018 Veterans’ Voices Award Ceremony in October, the Minnesota Humanities Center announced this week.

Junger, a former war reporter who saw intense combat in Afghanistan, is also the director of the documentaries “Restropo” and “Korengal,” a contributing editor to Vanity Fair and a contributor to ABC News. He’s a terrific writer and a compelling speaker. Here’s a TED talk he gave in 2014.

In his latest book, “Tribe: On Homecoming and Belonging,” Junger proposes that for veterans, a major cause of pain is not being at war, but coming home. Many veterans suffer from PTSD because the civilian world feels alienating, socially fragmented and isolating.

The award ceremony is part of MHC’s Veterans Voices program, which empowers Minnesota veterans to speak in their own voices through storytelling, art, theater and discussion groups. The ceremony honors military service members in Minnesota who are making outstanding contributions to their community. This year’s awardees will be announced in mid-August.

The ceremony takes place Sunday, Oct. 7, from 4-9 p.m. at the University of St. Thomas. It’s free and open to the public, but registration is required and seating is limited. FMI and pre-registration here.

Saturday in south Minneapolis: Open Streets Lake + Minnehaha. From 11 a.m. to 5 p.m., East Lake Street from Elliot to Minnehaha, and Minnehaha from Lake to Godfrey, will be closed to motor vehicles but open to bikes, skateboards, wheelchairs, strollers, feet and paws. Playing in a city street turns out to be a lot of fun. Last year, more than 18,000 people came to this family-friendly event. FMI. 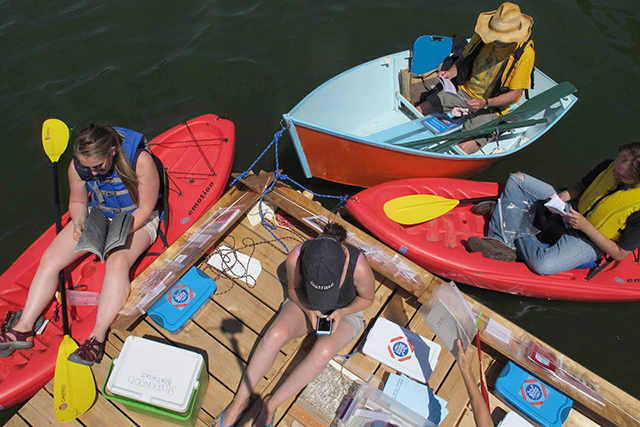 Saturday on Lake Phalen: The Floating Library launches. A collection of artist-made books and printed matter, aboard a raft, on a lake, accessible by boat. How crazy is that? So crazy that Sarah Peters’ public art project is now in its fifth year. You’ll find the Floating Library anchored offshore near Phalen Park Beach. New this year: Anh-Hoa Thi Nguyen’s “Waves Enfolding: A Paper Memorial,” a collaborative public art piece honoring the lives lost during the Vietnamese refugee waves of 1954–92. Immigration is the theme of this year’s artist books and other materials. Saturdays and Sundays, July 21–Aug. 5, 1–6 p.m. Times may change, depending on the weather. FMI.

Sunday at Open Book: Sunday Social: Hernán Diaz and Chris Fishbach in Conversation. A New York Times profile of Diaz bore this headline: “A Debut Novel. A Tiny Press. A Pulitzer Finalist.” Diaz, who grew up in Argentina and Sweden and lives in Brooklyn, wrote his first novel about an immigrant Swede in the Wild West. Agentless, he answered an open call for manuscripts from Coffee House Press. Then “In the Distance” became a finalist for the Pulitzer Prize. Fishbach is Coffee House’s editor and publisher. 4 p.m. in the Target Performance Hall. Free and open to the public.