Sally Field and Dessa have memoirs. Alexander McCall Smith has a new volume in his long-running, much-loved “No. 1 Ladies’ Detective Agency” series, set in Botswana. (Welcome back, Mma Precious Ramotswe!)

Rebecca Traister’s latest (after “All the Single Ladies” and “Big Girls Don’t Cry”) is “Good and Mad,” a book about women’s anger. Which, when harnessed, can change history, and let’s not forget that. Former MPR reporter and producer Leif Enger finally has a third novel, “Virgil Wander,” his first in ten years.

These are the authors in the 2018 season of Talking Volumes, the long-running conversation-with-the-author series hosted by Kerri Miller. These are the dates:

Co-presented by MPR and the Star Tribune in collaboration with the Loft, all events take place at the Fitzgerald. Season tickets are on sale now for MPR members and Strib subscribers; 651-290-1200. The rest of us will have to wait until Friday. Single tickets will go on sale July 31.

The Star Tribune recently published a list of all 98 authors who have appeared in the series so far, from 2000-2017. So many great names.

The Walker now has an Indigenous Public Art Selection Committee. The committee was formed in cooperation with a group of Native curators, knowledge keepers, artists and arts professionals including individuals of Dakota descent and enrollment. The committee will work with the Walker to shape a process and select a Native artist. The artist will be commissioned to create a new work for the Minneapolis Sculpture Garden or the Walker campus.

If you were around in summer 2017, you may recall that a large and controversial work of public art was installed in the newly renovated Sculpture Garden shortly before its grand re-opening in June. Created by American artist Sam Durant, “Scaffold” was inspired in part by the gallows in Mankato where 38 Dakota Indians were hanged in 1862. It sparked days of protest and public outcry. The re-opening was postponed a week, “Scaffold” was dismantled and in November, the Walker’s executive director, Olga Viso, resigned. The selection committee grew out of a mediation among the Walker, Durant and Dakota elders.

The committee members have asked that their names and tribal affiliations not be released until an artist has been chosen. An open call for artists will be announced this summer. Plans are to install the new work in spring 2020.

Springboard for the Arts has announced this year’s recipients of its 20/20 Artist Fellowships, a $20,000 unrestricted cash award with a $5,000 professional development stipend. The two fellows, Jose Alvillar and Leila Awadallah, were chosen from a pool of 201 applicants.

Alvillar is an indigenous Mexica artist working with dance, paint and arts. Awadallah is a cultural activist and performer with Ananya Dance Theatre with diasporic Palestinian roots. 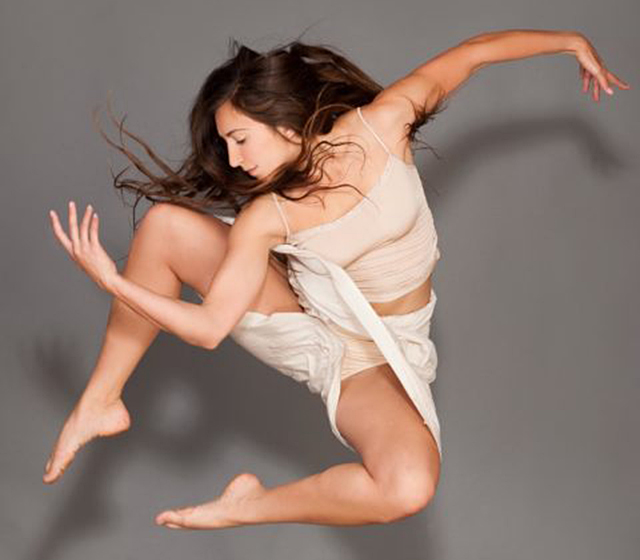 Courtesy of Springboard for the Arts
Leila Awadallah is a cultural activist and performer with Ananya Dance Theatre with diasporic Palestinian roots.

The 20/20 is a fellowship for persons of color and indigenous artists, small artist-run businesses and small artist collectives. Fellows may use the funding to support themselves, their businesses, their communities and their own creative practices. They aren’t required to create projects or exhibit artwork.

Wednesday pile-up! Too many choices. Wish we could be everywhere.

Tonight (Wednesday, July 25) at Icehouse: Ladyslipper Ensemble: Classical Cabaret. We’re big fans of Icehouse, especially Monday’s late-night JT’s Jazz Implosion and the occasional classical music. Did you know that the SPCO and Accordo sometimes play the club on Nicollet Ave.? Well, they do. Making their Icehouse debut tonight, Ladyslipper Ensemble is mezzo-soprano Sahar Hassan, violinist Helen Chang, cellist Jane Cords-O’Hara and pianist Oleg Levin. They’ll sing and play music from the 1930s and ’40s, some jazz pieces and songs from South America by classical composers. And they’ll tell you about what you’re hearing. Doors at 5 p.m., music at 7. FMI and tickets ($20).

Tonight at Magers & Quinn: Mary Moore Easter presents “The Body of the World.” An immensely talented human being, Easter founded and directed the dance program at Carleton College, changing who knows how many lives. Today she’s a poet, Bush Artist Fellow, Cave Canem Fellow, and winner of multiple McKnights and the Loft Creative Non-Fiction Award. The centerpiece of her new book, a finalist for the Prairie Schooner Book Prize in 2017, is a group of 15 sequenced sonnets that respond to the Chinese Terracotta Army. 7 p.m. Free.

Tonight and Friday at the Walker: Summer Heat ’68: “Sympathy for the Devil. (One Plus One).” Mick Jagger in his 20s, one of the greatest songs of all time and the first film in English by Jean-Luc Godard, the original auteur. Filmed in London after the Paris riots of May 1968, this is part of the Walker’s summer series of ’60s-focused, rabble-rousing period classics. Here’s a trailer. 7 p.m. FMI and tickets ($10/8).

Tonight at the Bryant Lake Bowl Theater: 9×22 Solo: Judith Holo Lue Choy: “estrogendystopia/euphoricdysphoria.” It’s rare that the monthly 9×22 experimental dance night at BLB is a solo performance. So rare that (if we’re reading the PR correctly) this is the first time. Some of us will remember the ethereal moves of Holo Lue Choy from the first iteration of The Moving Company’s “Speechless.” This piece explores communal experiences across people who align their gender with femininity or femaleness. Doors at 7, program at 8. FMI and tickets ($6-15 sliding scale). 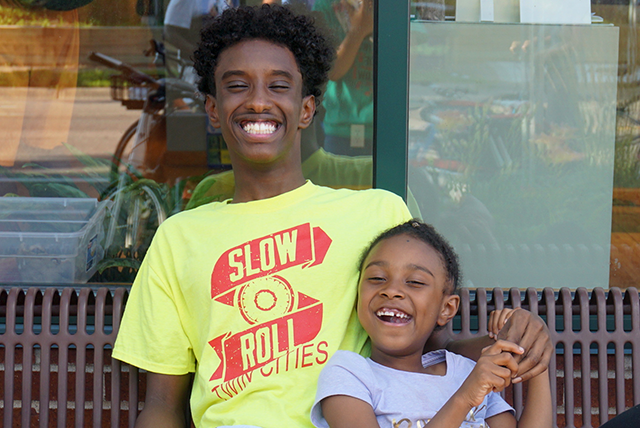 Courtesy of the West Broadway Business and Area Coalition
Three days and nights of art, music, performances, parties, receptions and markets at FLOW.

Thursday through Saturday in North Minneapolis: 13th Annual FLOW Northside Arts Crawl. Three days and nights of art, music, performances, parties, receptions and markets. Thursday (4-8 p.m.) will spotlight Plymouth Ave. from Russell to Penn, including the new Copland Gallery, Minneapolis Urban League’s Art Collection, UROC and Homewood Studios. Friday (3-10 p.m.) will focus on Broadway from Logan to Penn, with a music showcase, Farmers and Artisan Market, a free film screening at the Capri, wine and beer tastings, a mixer and a bike parade. Saturday (11 a.m. – 9 p.m.) will travel West Broadway from Girard to Lyndale, and across the freeway along North Second and West River Parkway, taking in Juxtaposition Arts, pop-up galleries, restaurants and the FLOW Mainstage and Marketplace in front of Sanctuary Covenant Church, with R&B/new jack swing singer Tony Terry as headliner. A program of the West Broadway Business and Area Coalition. Free. FMI and free Metro Transit passes.