A week from today, Plymouth Church will launch its free Summer Music Series. As if music director Philip Brunelle didn’t have enough to do; the 50th anniversary year of VocalEssence, the choral music organization he founded and continues to lead, will start in August. Now in its 11th year, the summer series is a gift to our community. Held in the sanctuary at Plymouth, with free parking, the 2018 version looks pretty great. The series will take place the next four Tuesdays in July. All concerts are at 7 p.m. and last about 75 minutes.

July 10 brings The New Standards, with Chan Poling on piano, Steve Roehm on vibes and John Munson on bass, playing and singing whatever they please, usually jazz-infused modern rock classics. Just last Friday, the trio gave a concert at Orchestra Hall with a big band. This will be more like one of their Dakota shows, except in a church and free.

On July 17, A Bernstein Spectacular: A Tale of Two Towns will join the celebration of Leonard Bernstein’s centennial with an evening of music by Maria Jette, Lisa Drew, Vern Sutton and James Bohn, with Sonja Thompson at the piano. We emailed Jette and asked what we’ll hear. She emailed back from a rehearsal. “Material from ‘On the Town’ and ‘Wonderful Town,’ along with a few tidbits from ‘Peter Pan,’ ‘Mass’ and ‘1600 Pennsylvania Avenue.’ We figured ‘West Side Story’ and ‘Candide’ are getting enough airings everywhere else.” And “Amazing how each Bernstein piece we run through elicits a ‘Wow – there’s another fabulous number!’ – even from jaded vets like us.” Free.

July 24 brings the Minnesota Orchestra’s Tony Ross and an evening of music by Bach, Britten and Brahms. Ross has been the orchestra’s principal cello since 1991. He’s also a member of the chamber music ensemble Accordo, plus he performs with the Chamber Music Society of Minnesota (CMSM). He’ll be accompanied by pianist Mary Jo Gothmann. This will be a beauty, and it’s free.

On July 31, the George Maurer Jazz Group will end the season with a night of straight ahead jazz, Maurer-style. This is the group whose motto is “Dress smart, act casual, look like you know what you are doing, and wait for somebody to count to four.” They’re as tight as they come, with many years of playing behind them, but they’re also highly relatable. They have a good time. So will you. For free.

Tonight (Tuesday, July 3): Fireworks. While most cities and towns (including Minneapolis) are having theirs on Wednesday, the actual Fourth, a few will light the fuses tonight. Which means true fireworks fans can enjoy the big kabooms two nights in a row. Among the Wednesday celebrants are Bloomington (Normandale Lake Park), Marine on St. Croix (downtown), Red Wing (Treasure Island Casino), and Shakopee (Canterbury Park).

Wednesday: The Fourth. Parades, activities, food vendors, entertainment and fireworks all over the metro and beyond. Except St. Paul, where Mayor Melvin Carter couldn’t justify the price tag. In Minneapolis, Father Hennepin Bluffs Park is where the action is, but you can watch from lots of places: the Stone Arch Bridge, Mill City Museum, the Guthrie’s Endless Bridge, Bde Make Ska (Lake Calhoun), the Hennepin Ave. Bridge, Nicollet Island and restaurant rooftops. (Thanks for the tips, Meet Minneapolis!) The Star Tribune has a list with some details (Apple Valley has clowns, Coon Rapids has bingo, Forest Lake does a reading of the Declaration of Independence – great idea! – and White Bear Lake has a flyover), but for some reason, they missed Edina. Where people will start lining up their chairs and blankies along 50th Street on Tuesday, in anticipation of the parade. More Fourths are listed at the Meet Minneapolis page; scroll down. 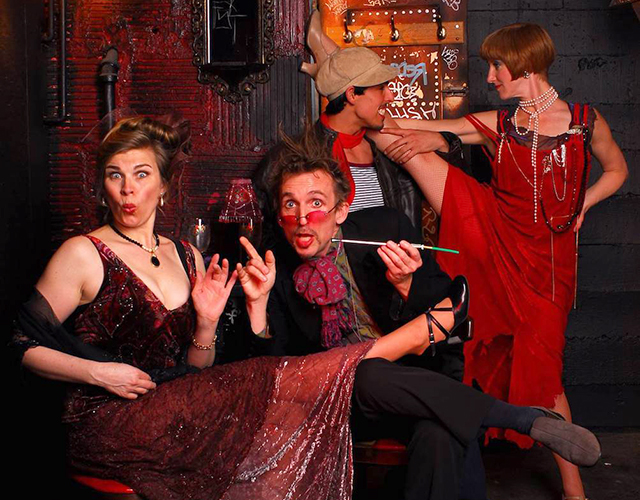 Thursday through Sunday at Park Square Theatre: Flying Foot Forum: “French Twist.” It’s double the fun when Joe Chvala’s group of percussive dancers meet percussionist (and dancer) Peter O’Gorman’s elaborate kit of drums, cymbals and other things that bang, bloom, splash and ding. A fast-paced, colorful, rhythmic mix of music, theatrical storytelling, dance, vaudeville, tap, cabaret, follies and opera, “French Twist” premiered at the Guthrie in 2008 to ecstatic reviews and is back for more, with new characters, songs and dances. Directed and choreographed by Chvala. On the Andy Boss thrust stage. Shows at 7:30 p.m. and 2 p.m.; check the days. FMI and tickets ($20-60). Closes July 15. 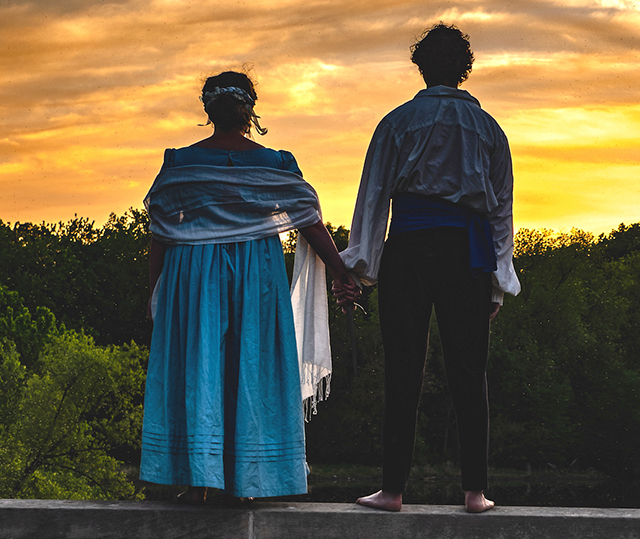 Friday through Sunday in parks around the metro: Classical Actors Ensemble: “Romeo and Juliet.” Shakespeare’s most famous love story would be a comedy, if only it weren’t so tragic. CAE’s 2018 Shakespeare in Our Parks production focuses more on the comedic elements, along with the couple’s immaturity and the recklessness of the so-called adults advising them. Bring a blanket, bring a picnic, bring the family. The production will include live contemporary music. Joseph Papke directs. 7 p.m. Friday at Newell Park in St. Paul, 7 p.m. Saturday at Lake of the Isles, 2 p.m. Sunday at Grandview Park in South St. Paul. FMI including more times and locations. Free, with donations encouraged. Through July 15.

We were going to point you toward Sunday’s Music in the Chapel concert with the Nightingales, but it’s sold out. This thoughtfully curated series, now in its second season, is held in the small but exquisite Lakewood Memorial Chapel, a miniature Hagia Sophia on the manicured Lakewood Cemetery grounds. Tickets remain for the other three concerts on the season: Lyz Jaakola, performing traditional Anishinaabe music, jazz, blues and opera (Aug. 5); harpist Cathy Victorsen and flutist Jane Strauman, who have written a new composition inspired by the mosaic angels on the chapel’s dome (Sept. 9); and SeVy, a family gospel quartet (Oct. 7). All concerts are at 3 p.m. on a Sunday. FMI and tickets ($10).