British character actor Bill Nighy is a reason to see almost any film. Like other great actors of long experience (Anthony Hopkins comes to mind, and Derek Jacobi), he can communicate volumes with a minute change in his facial expression. In the words of a Vulture writer and fellow Nighy fan, “We must delight in him every chance we get.”

In Spanish filmmaker Isabel Coixet’s “The Bookshop,” which opens Friday (Aug. 31) at the Edina Cinema, Nighy is Edmund Brundish, a wealthy misanthrope and avid reader who lives alone in a fabulous house in a small, drop-dead scenic coastal town in England. He hates people so much he tears the back covers from paperbacks and jackets from hardcovers. Then he tosses them in the fire so he won’t have to see the authors’ photographs.

Into his life, and the life of the town, comes a widow, Florence Green (Emily Mortimer), intent on opening a bookstore in a historic house that has sat vacant for years. What she doesn’t know is the town, led by wealthy control freak Violet Gamart (Patricia Clarkson), has other plans for the building.

Some of the townspeople’s vicious ruthlessness is obvious, some is hidden behind manners and smiles, but Florence can’t win this one. It’s 1959 in a conservative place, she’s a woman alone, and she lacks the status and power to protect herself. She’s basically a nobody. But she’ll briefly shake things up by defying Violet and putting a new novel called “Lolita” in her front window. Based on the semi-autobiographical novel by Booker Prize-winning English author Penelope Fitzgerald (a row of her books is an Easter egg in the film), “The Bookshop” is an engaging two hours of slowly unfurling story and delicious eye candy: period cars and costumes, grand homes, lovely views, narrow winding streets, tall grasses waving in the wind, the bookshop itself and its charms. And glimpses of vintage Penguin classics, with their boldly colored, iconic covers.

There’s a whiff of what might have become a romance between Florence and Edmund, had things turned out differently. The cast also includes James Lance as the smarmy Milo North and young Honor Kneafsey as intrepid 10-year-old Christine, who holds a part-time job at Florence’s bookshop until Violet’s machinations take that away. The message is clear: Courage isn’t enough.

We won’t lie and call this a great movie. It’s not. But it’s very enjoyable for those who love books and bookstores, so “The Bookshop” should do well in the Twin Cities. We haven’t read the novel, so we’ll pass on something we’ve heard: that the film adaptation doesn’t include the ghost that played a role in the original, which seems like kind of a shame.

FMI including trailer, times and tickets.

Closes tonight at the Minnesota Jewish Theatre Company: Alice Eve Cohen’s “What I Thought I Knew.” We couldn’t catch this until the end of the run, but we’re here to say that if you haven’t seen it and you’ve been on the fence, just go. In a performance worthy of the overused phrase tour-de-force, Kim Kivens convincingly and seamlessly plays nearly 40 roles to tell the true story of Cohen’s utterly unexpected, terrifying pregnancy at 44, the options she considered and the decisions she made. It’s hilarious, heartbreaking, hopeful and devastating all at once, and shockingly honest. The stage is bare of everything but a few props, and it looks so small – a reminder of the miracles MJTC regularly achieves with its set designs. At Highland Park Community Center. Directed by Jennie Ward. FMI and tickets ($25); 651-647-4315.

Now under way: the “Hamilton” Digital Lottery. Want a ticket to “Hamilton” at the Orpheum for just $10? It could happen. Forty will be sold for every performance. Get the official Hamilton app or visit the Hamilton lottery page. The lottery will open at 11 a.m. two days before each performance and close at 9 a.m. the next day. You’ll learn by 11 a.m. that day if you’ve won the chance to buy up to two tickets. Just in time for “Hamilton,” the Jack Link’s Legend Lounge at 900 Hennepin Ave., next to the Orpheum (in the former Solera space), is open for pres-how and intermission drinks and snacks.

Starts today (Thursday, Aug. 30) at Mia: “Inspired by Books.” From now and through most of September, Mia will offer free public tours of the collection, led by museum guides, of works of art related to popular books. See works you might not have noticed before and take part in lively discussions. The first tour is at 6:30 tonight. Here’s the complete schedule. 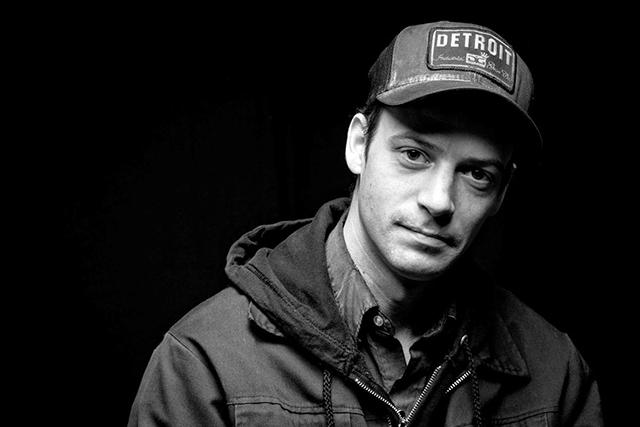 Tonight: Music in Mears: Erik Koskinen. The Minnesota singer-songwriter has a new EP, “Cruising Paradise,” and just wound up a monthlong weekly residency at Icehouse. His music is folk, Mark Knopfler-like rock and Americana with a country twang and broad appeal. (Here’s a video from earlier this year at the Hook.) Jake Jones will open. Music starts at 6:30 p.m. and ends at 9:30 per St. Paul roolz. This is the last night of 2018’s Music in Mears. 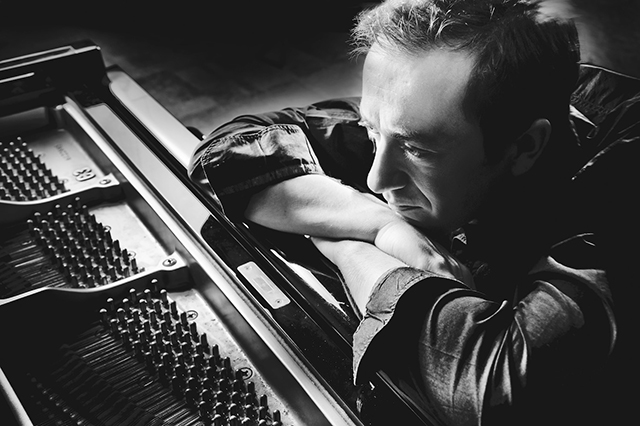 Photo by Brad Buckman
Jazz pianist-composer Geoffrey Keezer to perform in the Dunsmore Room at Crooners on Sunday night.

Sunday at Crooners: Geoffrey Keezer Trio CD Release. Jazz pianist-composer Keezer grew up in Wisconsin and played often in the cities, starting in his teens, before heading west. He’s now a five-time Grammy nominee who has performed and toured with a long list of notables including Art Blakey, Ray Brown, Joshua Redman, Art Farmer, Wayne Shorter, Dianne Reeves, Chris Botti, Sting and Christian McBride. A very fine player, Keezer has made more than a dozen recordings as a soloist or leader including “Wildcrafted: Live at the Dakota.” Keezer’s latest, “On My Way to You,” features vocalist (and Keezer’s wife) Gillian Margot, who will be with him in the Dunsmore Room on Sunday night. 6:30 p.m. FMI and tickets ($30-35).

The Manhattan Transfer’s Cheryl Bentyne will be in the Twin Cities in September to film a holiday special. While here, the multiple Grammy winner will also perform a solo show at MacPhail’s Antonello Hall on Tuesday, Sept. 25. Bentyne’s new album, “Rearrangements of Shadows,” features music by Stephen Sondheim, and that’s what she’ll sing for us. She’ll be accompanied by area musicians Steven Hobert (piano), Graydon Peterson (bass) and Matt Edlund (drums). 7 p.m. FMI and tickets ($30).