Frank Theatre’s 30th season isn’t long – just two plays – and it’s not frothy. In true Frank fashion, both plays have something to say and neither pulls any punches.

Founding artistic director Wendy Knox takes pride in shaking cages and making audiences think. She often stages plays in nontraditional venues. In 2016, she presented “The Good Person of Setzuan” in a vacant Lake Street Rainbow Foods store. To quote Cherry and Spoon, “It was definitely the strangest place I have ever seen theater, but not the strangest place Frank Theatre has ever done theater.”

Frank’s 2018-19 season opens in the Minnesota Transportation Museum, where vintage locomotives and a roundhouse will set the scene. The play: Friedrich Durrenmatt’s “The Visit.” The setting: a small town in a deep economic depression. The story: Claire Zachanassian was driven out of town years ago because she was pregnant. Now she’s the richest person in the world. She can save the town, but she wants something in exchange. Katherine Ferrand will star in a dark comedy that explores the line between justice and revenge.  Sept. 28-Oct. 21. 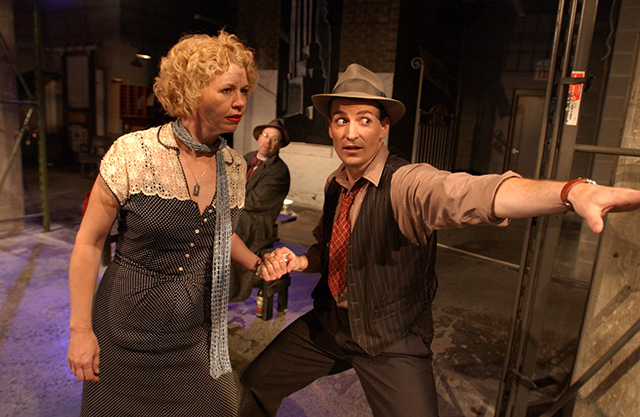 Photo by Tony Nelson
An image from Frank Theatre’s 2003 production of “The Cradle Will Rock” at the Sears Building.

Next up, at the Gremlin Theatre in the Vandalia Tower complex: Marc Blitzstein’s “The Cradle Will Rock.” Just before this play-in-music opened on Broadway during the Depression as part of the Federal Theater Project, both Congress and Actors Equity tried to shut it down. Unabashedly pro-union, it’s set in Steeltown, U.S.A., where Mr. Mister, a corporate magnate, has bought up (or paid off) every sector of the community – except one man, Larry Foreman, who is trying to get the whole town to organize. Frank first staged “Cradle” in 2003 at the Sears Building, before it was the Midtown Global Market.

In your 20s or 30s, up for arts experiences and new friends?

Named for the arts ambassadors of ancient Greece, Theoroi is the Schubert Club’s program for young adults. Unlike similar programs, it’s only slightly about the Schubert Club. Instead, it’s about sampling the performing arts across the Twin Cities, meeting like-minded people, getting VIP status and insider access, and spreading the word.

It’s also a bargain. For 11 events from September through June, you pay $100, or $150 if you’re a returning member. The Schubert Club covers the rest.

This year’s events include Scottish violinist Nicola Benedetti’s performance at Aria (part of the Schubert Club Mix season), Collide Theatrical Dance Company’s “The Great Gatsby” at the Ritz, “Star Wars in Concert” with the Minnesota Orchestra (a hot ticket), the Jungle’s production of Lucy Kirkwood’s play “The Children,” L.A.-based urban Latin Contra-Tiempo Dance at the Ordway, an evening of jazz at Crooners and opening night for Ten Thousand Things’ production of Karen Zacarias’ “The Sins of Sor Juana.” Plus a kick-off event at Landmark Center, a social event at the Walker, a happy hour at Vieux Carré and a season closing party.

Theoroi members attend each event as a group, enjoy premium seating and share their experiences on social media. (That’s the “arts ambassador” part and Theoroi’s only expectation. You would probably do that anyway.) There are often opportunities to meet the artists, go backstage or take a tour. All you have to do is show up. You enjoy new experiences, make new friends, and don’t have to go to arts events by yourself.

Now at the Minnesota Center for Book Arts: “Formation”: A Juried Exhibition of the Guild of Book Workers. In a time of Kindle and podcasts, members of the Guild of Book Workers, founded in 1906, continue to create fine books by hand. A book can be broadly defined. “Formation” includes 50 artist books, fine bindings and broadsides, worth leaning in to examine closely, which you can do in MCBA’s gallery. From here, the show will travel to five locations around the country. At Open Book. Closes Oct. 21. FMI. Free. P.S. MCBA is looking for an executive director, if you happen to know someone. Hey, at least one Twin Cities arts organization says a MinnPost mention worked for them.

Tonight (Friday, Aug. 10) at Modist Brewing: Vintage Night Market. Even if you’re not looking for anything in particular – you know, like a little beaded bag, or “Mad Men” glassware – this should be excellent browsing, plus there’s beer. Local indie vendors might include A2ndhandhome, Dinosaur Hampton, Loft Antiques, Paper Unicorn Vintage, The Golden Pearl Vintage, and Three Martini Lunch Vintage. 5-10 p.m. Free.

Tonight at Lake Harriet Bandshell: Star Tribune Music & Movies: Roma di Luna and “Hidden Figures.” Back together again after years of separation, the plaintive storytelling band released a new album, “We Were Made to Forgive,” in May. Pairing their live performance with a screening of the Oscar-nominated film about three brilliant African-American women at NASA should make for a lovely evening. Music at 7:30 p.m., movie at dusk. 4135 W. Harriet Parkway in Minneapolis. Free. 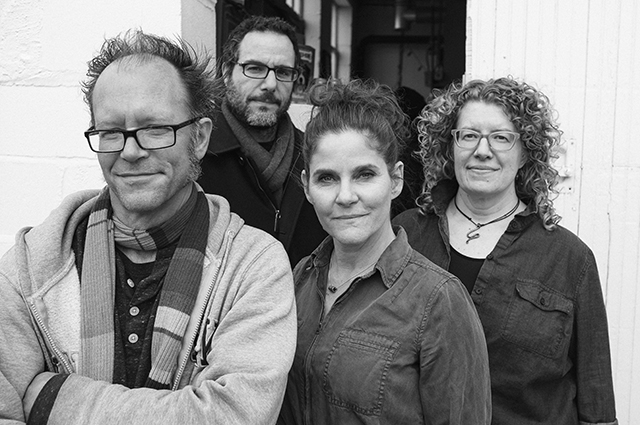 Photo by Glen Jones
Annie and the Bang Bang’s CD release party will be an arena-style rock show staged in a small, intimate theater as homey as a living room.

Saturday at Open Eye: Annie and the Bang Bang CD Release Party. Many of us know Annie Enneking as the fight director/choreographer for what seems like every play in the Twin Cities. She’s also a songwriter, guitarist, and founder of a band that hops from dreamy folk-pop to late-1960s rock to psychedelic blues. Naturally their CD release will be a theatrical event, a “concert-as-a-storytelling-intensifier,” an arena-style rock show staged in the Open Eye, a small, intimate theater as homey as a living room. Here’s a video of a track from the new album, “Still Up?” Two shows, 4 p.m. and 7:30 p.m.; doors a half-hour earlier. FMI and tickets ($10 guaranteed reservation, or pay-as-able at the door).

Sunday at the Heights: “The Wizard of Oz.” The first two screenings of this rare 35mm dye transfer print sold out, so maybe you should jump on this third screening, just added. 1:30 p.m. FMI and tickets ($10). A helpful link takes you to the Eastman Museum website and an explanation (with a video) of dye-transfer printing. Making movies is a lot of work.

Jazz phenom and Rock the Garden star Kamasi Washington will bring his “Heaven and Earth” tour to the Palace Theatre on Thursday, Nov. 1. Butcher Brown will open. FMI and tickets ($30/50).