A new play with a tease of a title, “The Korean Drama Addict’s Guide to Losing Your Virginity,” opened Friday on Park Square Theatre’s Andy Boss stage. Written by local Hmong playwright May Lee-Yang for Theater Mu with support from the Jerome Foundation, it’s Mu’s 54th world premiere. That fact brought a round of applause when artistic director Randy Reyes announced it at opening night. From commission to the stage – Reyes called it “farm to table” – took two years.

A love story steeped in wit, humor, Hmong and Korean culture, pop culture and magical realism, it’s enlightening, entertaining and riotous fun. Jokes and one-liners zing by. Scenes – the play has 25 – change at a furious pace, linked by snippets from an Asian pop soundtrack.

Written more like a movie than a play, it’s set against a backdrop of beautiful wood and paper screens that open and close, giving the cast plenty of ways to enter and exit the thrust stage (and making it feel more like a proscenium). The furnishings by scenic designer Sarah Brandner are simple and modular so they can be moved quickly on and off stage. One moment we’re in a home, then at an airport, in a car, in an office, at a bar. Reyes’ direction holds it all together.

The story, loosely: Second-generation Hmong-American woman Gao Hlee (Dexieng Yang, an Augsburg student in her first professional acting role) is a personality coach with her own consulting business who trains foreign-born businesspeople in the arcane ways of the American Midwest. (“We are much nicer here and like to beat around the bush.”) She lives with and cares for her immigrant mother (Phasoua Vang). Gao’s clock is ticking; if she doesn’t get pregnant by 30, she’ll lose the chance. (The reason for that is explained, but we won’t give it away.) Between her work, her hovering mom and her obsession with elaborate, episodic, wildly popular Korean dramas, Gao has never been with a man, though she once dated her cousin, Tou Mong (Gregory Yang).

Benedict Song (Brian Kim) is the wealthy heir to a Korean manufacturing giant, sent by his mother (Katie Bradley) to the company’s new Midwest office to prove himself. He’s imperious, snobbish and rude. Daebak Kim (Clay Man Soo) is Song’s administrator and life assistant. They share a past, but we won’t go into that. Z (Khadija Siddiqul) is Gao’s best friend in every sense of the word.

The stage is set for a rom-com that Lee-Yang lets Gao explain in a scene with Tou Mong: “We want to watch fantasies where Asian people fall in love with each other. Can we find that in American television? No. In American movies? No.”

And though you know that Gao and Benedict will fall in love, that Benedict’s mother and a beautiful blind date (Joann Ouedekerk) imported from Korea won’t succeed in keeping them apart, and that dreams come true, the tale unfolds with such glee and smart, speedy repartee that you’re happy to be there, watching and hearing it happen.

The dialogue is peppered with Asian words and references. A few clues: An heir like Benedict is a chaebol. Japanese karaoke; Koreans norae. Ramen is ramyun in Korean, and inviting someone to eat it with you is the same as asking “Do you want to Netflix and chill?” Koreans know this but Hmong don’t. (This is all straight from the play.) Scenes and characters from Korean dramas, or kdramas, appear in clouds of stage smoke.

And there are ghosts. It’s a little unclear – OK, kind of confusing – who’s a ghost and who isn’t, at least at first, and what they’re doing in the play. The creepy guy in the Hmong bar is a ghost. The woman in white who wears her hair over her face is a ghost. For a brief back-and-forth with Benedict’s mother, Gao is possessed by a ghost. By the end of the play, ghosts are not unusual.

There’s even a hilarious, off-the-wall reference to “Annie Get Your Gun.” When Gao says to Benedict, “Anything Koreans can do, Hmong people can do better,” he replies “No, you can’t,” and she counters “Yes, we can. Yes, we can.”

Plays can be windows into other worlds and cultures. We knew zip about kdramas before seeing “The Korean Drama Addict’s Guide,” except that we have a friend who loves them, but now we’re going to have to visit Netflix or Dramafever and check them out. There’s a scene involving a white character that will embarrass you if you’re white, and it should. (“It’s called racism, President Song,” Gao says, “Welcome to Minnesota.”) Though Lee-Yang’s play has a few rough spots and could probably lose a scene or two, it also has a warm, generous, wide-open heart. We’ve missed previous plays by Lee-Yang, a Sally Award winner and Bush Leadership Fellow, and we’ll try not to make that mistake again.

Theater Mu’s production of “The Korean Drama Addict’s Guide to Losing Your Virginity” by May Lee-Yang, directed by Randy Reyes, will be at Park Square Theatre through August 19. FMI and tickets (pay-what-you-want, $5 to $50).

Tonight (Tuesday, Aug. 7) at Vieux Carré: Nels Cline 4. We shouldn’t even be telling you this, because both shows are sold out, but the Wilco guitarist has an awesome new band – former duo partner and fellow guitarist Julian Lage, bassist Scott Colley (most recently in the Twin Cities with Joshua Redman’s Still Dreaming) and drummer Tom Rainey – and a fantastic new album, “Currents, Constellations.” Maybe someone won’t show up. 7 and 9 p.m. FMI and tickets ($25-35).

Tonight at Magers & Quinn: “Obama: An Oral History”: Author Brian Abrams in conversation with Ana Marie Cox. Behind-the-scenes stories from eight years of the Obama White House, gathered through more than 100 exclusive interviews with cabinet secretaries, speechwriters, legal advisers, campaign strategists and lawmakers on both sides of the aisle. Cox is a political columnist and culture critic and host of the podcast “With Friends Like These.” 7 p.m. Free. 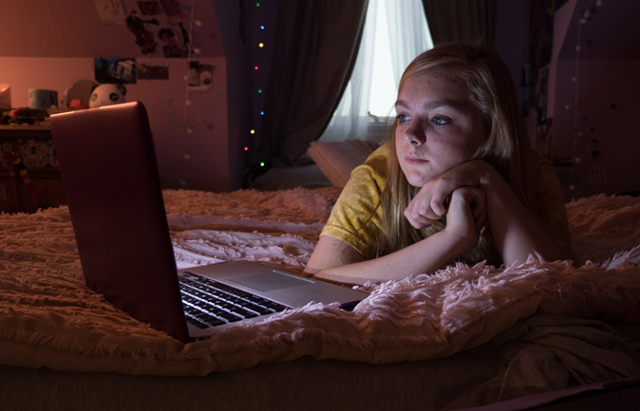 A24
Elsie Fisher in a scene from from “Eighth Grade.”

Wednesday at CHS Field: 2018 Cat Video Festival. Cats still rule the internet, and the Cat Video Festival abides. Begun at the Walker Art Center in 2012, famous overnight, it spent four years there, after which the Walker moved on and gave all of its cat video festival stuff to the Minnesota Historical Society. In its new home at CHS Field, it’s no longer free (except for kids 5 and under) but it’s still the biggest cat video fest in the country and a lot of fun. Doors at 6, videos at 8. With music, fireworks, food and beer. FMI and tickets ($15).

Friday and Saturday: Lyra Baroque: “A Sumptuous Keyboard Feast.” Specialists in music of the 17th and 18th centuries, performing on baroque instruments, Lyra launches its 2018-19 season by showing off the harpsichord. The repertoire: Carl Philipp Emanuel Bach’s “Concerto for Two Harpsichords in F Major” and “Concerto for Harpsichord and Fortepiano and E-flat Major,” and Mozart’s “Concerto for Three Harpsichords in F Major.” Three harpsichords! The soloists: Sungyun Cho, Donald Livingston and Lyra’s Jacques Ogg. 7:30 p.m. Friday at Mount Olive Lutheran Church in Rochester; 3 p.m. Saturday at Hamline’s Sundin Hall. A preconcert talk starts a half-hour before. FMI and tickets ($5-25).