Mixed Blood Theatre’s announcement of its 43rd season earlier this summer came with a TBA. The play they wanted for March, the penultimate play of 2018-19, was in rights discussions.

Award-winning playwright Lisa Loomer’s “ROE” is heading for Broadway, but first it’s coming to Mixed Blood, the only regional theater in the U.S. with permission to produce it this season.

“ROE” was commissioned by the Oregon Shakespeare Festival in 2012. It played for 70 performances in Oregon and then at the Arena Stage in Washington, D.C., Berkeley Rep in Berkeley and Asolo Rep in Sarasota, Florida. This will be Mixed Blood’s fourth Lisa Loomer play, preceded by “Maria!MariaMariaMaria,” “Living Out” and “Distracted.”

Mixed Blood Artistic Director Jack Reuler calls “ROE” “surprising, funny [and] tragic.” Broadway World Review said, “This play makes history come alive.” And that it “doesn’t really take a stand as to where our allegiance should be. That would be our choice.”

In Oregon, Berkeley and Washington, the part of Sarah Weddington was played by Sarah Agnew, who lives in Minneapolis and is much loved here. Mixed Blood hasn’t said anything yet about casting, but we can hope, can’t we? We’ll see Agnew in October for Ten Thousand Things’ season opener.

Also, Loomer made some post-election rewrites between the Oregon (April 2016) and Washington (January 2017) productions to bring her play up to the minute. Will she do that before March 2019? Will she need to?

The Boston Ballet announced Tuesday that Mischa Santora will be its new music director. Earlier this year, the Minneapolis-based Santora guest conducted seven Boston Ballet performances of choreographer John Cranko’s “Romeo & Juliet,” set to Prokofiev’s score. “I received such a warm welcome. … I am excited to be welcomed back in my new role at this beloved arts organization,” he said in a statement.

Santora is the artistic director of MacPhail’s Spotlight Series, which features MacPhail teaching artists in creatively programmed performances, and the Minneapolis Music Company, which has paired musicians with dancers, theater troupes and beatboxer Carnage the Executioner. We’re happy to report that he’ll continue with both. 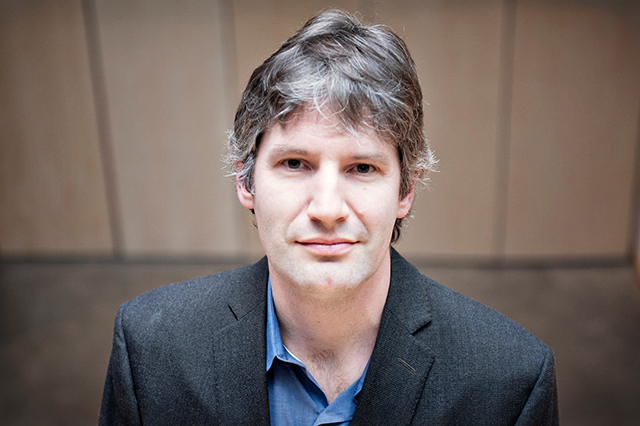 Born to Hungarian parents in the Netherlands, raised in Switzerland, Santora studied violin in Switzerland and Berlin and conducting at the Curtis Institute in Philadelphia. He has conducted many leading orchestras in North and South America, Europe, Asia and Australasia. He has been associate conductor of the Minnesota Orchestra (2003-09), music director of the Cincinnati Chamber Orchestra and the International Opera Festival Miskolc (Hungary), and assistant conductor of the Aspen Music Festival.

Santora is known for being an imaginative programmer, an innovative collaborator and a champion of new music. In Minnesota, he has premiered works by Sally Beamish and Timo Andres for the SPCO and Steve Heitzeg for the Minnesota Orchestra. In March 2019, he’ll conduct the fourth installment of the SPCO’s “Beethoven 5” series, which juxtaposes Beethoven piano concertos with new piano concertos composed in response, both performed by pianist Jonathan Biss.

Santora will conduct for the first time in his new role on Nov. 29, 2018, when Mikko Nissinen’s “The Nutcracker” opens at the Boston Opera House.

Not that there’s any direct connection, but it’s interesting to note that in 2015, Andrew Litton, then the longtime artistic director of the Minnesota Orchestra’s Sommerfest, became music director of the New York City Ballet. 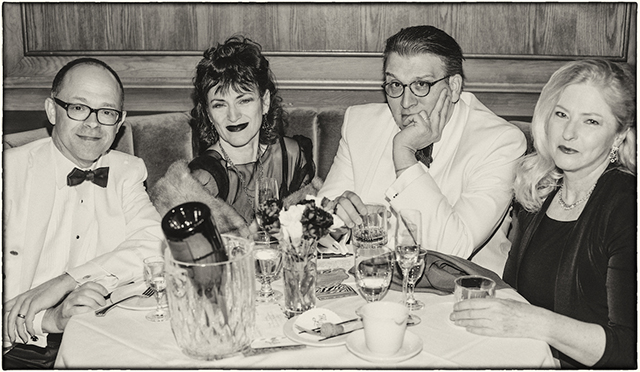 Thursday through Sunday at the Open Eye: “Dear Lenny: Bernstein’s Life in Songs & Letters.” From the performing artists who brought us “’66: Talkin’ ’Bout My Generation,” “Weill & Brecht: The Berlin Years” and “Jacques Brel: When We Have Only Love.” The latest theatrical concert by Dan Chouinard, Diana Grasselli, Bradley Greenwald and Prudence Johnson looks at Bernstein’s life and significance through his music and correspondence with people including Aaron Copland, Steven Sondheim and Jacqueline Kennedy Onassis. 7:30 p.m. Thursday through Saturday, 4 p.m. Sunday. Also Aug. 22-26. FMI, times and tickets ($26). A Leonard Bernstein’s 100th Birthday Soiree on Aug. 25 – pre-show cocktails, performance, afterglow party and sing-along of tunes from “West Side Story” with the cast – is $55.

Starts Friday at the Trylon: “The Good, the Bad and the Ugly.” THE full-caps spaghetti western. Just reading its name wakes the earworm of composer Ennio Morricone’s forlorn main theme. Coming between “For a Few Dollars More” (1965) and “Once Upon a Time in the West” (1968), Sergio Leone’s epic, operatic masterpiece includes the thrilling showdown between Clint Eastwood, Eli Wallach and Lee Van Cleef. FMI including times, tickets and trailer. The Trylon will screen “Once Upon a Time in the West” starting Aug. 24.

Saturday at the Bell Museum: Saturday with a Scientist: What’s the Buzz? Because Aug. 18 is National Honey Bee Day. Because the new Bell is awesome. Because anyone who isn’t already in love with science will fall in love with science when they walk through the door. Saturday is all about bees. Check out short talks by U of M researchers and grad students (11:30 a.m. and 2 p.m.), learn about beekeeping, find out how to create pollinator-friendly landscapes and do some hands-on activities. Dip your own beeswax candles (11 a.m., 12:30 p.m. and 1 p.m., 30 people per time slot, first-come, first-served). 11 a.m. – 3 p.m. Free with museum admission ($9-12). Advance tickets here (recommended).

Saturday at Como Lakeside Pavilion: Lowertown Guitar Festival. Except it’s not in Lowertown. Founded in 2013, this free guitar party spent its first four years in Mears Park, then moved for a year to Seventh Place near the Palace Theater and now heads to the lovely shores of Como Lake. Confirmed artists include L.A.’s Sunny Day, Mexico City’s Iraida Noriega, the Greg Koch Duo, Thomas Nordlund, Mike Michel, Paul Metzger and more. 2-9 p.m. at the Spring Café.