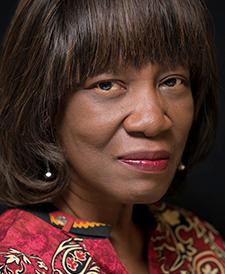 The Fall UMN English Writers Series is never long – this time, it’s just four writers – but it’s always mighty. The U being the U, it can draw big names to a series that’s always open to the public and free.

For Fall 2018, the line-up includes the reigning Pulitzer Prize winner in poetry, two MacArthur “genius” fellows, a four-time National Poetry Slam champion and a Chevalier of the Order of Arts and Letters.

And because Mary Shelley’s “Frankenstein” turns 200 this year, the Department of English will also celebrate that.

Wednesday, Sept. 26, at the Weisman: Patricia Smith Reading. Smith is a poet, teacher, performing artist, four-time winner of the National Poetry Slam and author of “Incendiary Art” (“a book of terrible beauty,” winner of the 2018 Kingsley Tufts poetry award), “Shoulda Been Jimi Savannah” (Lenore Marshall Prize from the American Academy of Poets), “Blood Dazzler” (National Book award finalist) and more. Her readings are thrilling and uncompromising.  Here she is with “Incendiary Art: Chicago 1968.”

Wednesday, Oct. 10, at Coffman Union Theater: Adam Gopnik Reading. Gopnik, the series’ Chevalier, is a longtime staff writer for the New Yorker and author of several essay collections and memoirs including “At the Strangers’ Gate: Arrivals in New York,” a memoir about the romance of New York City in the 1980s and “an ode to New York striving.” Gopnik’s other books include the best-selling “Paris to the Moon,” its core a series of columns he wrote for the New Yorker while living there. 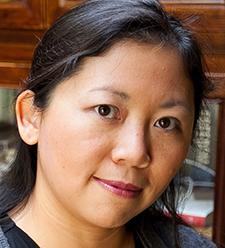 Tuesday, Oct. 30, at the Weisman: Yiyun Li Reading. Li was originally on the series’ 2017 schedule but had to cancel. Her most recent book is the memoir “Dear Friend, From My Life I Write to You in Your Life,” about art, identity, depression and her Beijing past. She is also the author of “A Thousand Years of Good Prayers” (Frank O’Connor International Short Story Award, PEN/Hemingway Award) and two novels. And she’s a 2010 MacArthur Fellow.

What about “Frankenstein”? Five events are planned: a lecture and discussion on silent monster movies (Sept. 25); a reading by professional actors of “Frankenstein” and other 19th-century monster texts (Oct. 23); a reading of winning stories from a ghost story contest (Oct. 31); a presentation on the rights of monsters (Nov. 2); and a reading of selections from “Beowulf” by English faculty and grad students (Nov. 5). FMI. Did you know that Mary Shelley was 20 years old when “Frankenstein” was published?

Follow along as the Minnesota Orchestra tours South Africa

In case you haven’t heard, the Minnesota Orchestra is in South Africa for a five-city tour. On Friday, they’ll play in Cape Town. On Sunday, Durban. Next Thursday, Pretoria. Then Friday in Soweto and Saturday in Johannesburg. No U.S. symphony orchestra has ever toured South Africa before now. This is historic, and every other orchestra should be watching.

Why is the Minnesota Orchestra touring South Africa? Four main reasons. First, Music Director Osmo Vänskä visited South Africa a few years ago, and his experiences there were life-changing. Second, the orchestra’s trip to Cuba in 2015 (as the first U.S. orchestra to perform there when relations thawed under President Obama) was transforming. Third, the company that managed the Cuba trip, Classical Movements, had history with South Africa, so the orchestra would have expert help in planning a hugely complex undertaking. And fourth, 2018 is Nelson Mandela’s centenary, making this a banner year to visit the nation he served as its first black president after apartheid.

We can’t be there (brief pause for sobbing and wailing), but others are, and you can follow along as they file their reports, impressions and images. Fifty members of the Minnesota Chorale are traveling with the orchestra, including Scott Chamberlain. He’s writing for MinnPost and his first article appeared yesterday. Watch for more. (Chamberlain also wrote for MinnPost during the Cuba trip.)

Reporter Jenna Ross and photojournalist Leila Navidi are there for the Star Tribune, which is gathering all its tour coverage (before, during and probably after) here.

MN Original and producer Ashleigh Dennett Rowe are there for TPT, posting “notes from the field” and images to Facebook and Instagram. In the coming months, they’ll create a full episode about the tour.

Euan Kerr is there for MPR – in audio, writing, and photographs. (Start here, then click on his byline for more.) Minnesota singer, rapper and writer Dessa, who made her Minnesota Orchestra debut last year and will rejoin them in October for two more concerts, is covering the tour for Classical MPR as an embedded storyteller. She’s been in South Africa twice before. She’s posting to social media using the hashtag #DessaInSAfrica; check Twitter and Instagram or bookmark ClassicalMPR.org. (When we went to Twitter, she had just posted something 26 minutes earlier. This will be fun.)

Classical MPR (99.5 FM) will broadcast the Soweto concert on Friday, Aug. 17 at 7 p.m. On Monday, Aug. 6, en route to South Africa, the orchestra played the BBC Proms at London’s Royal Albert Hall. You can hear that archived recording for a limited time.

Tonight (Thursday, Aug. 9) at the Capri: “Four Little Girls: Birmingham 1963.” On Sept. 15, 1963, Denise McNair, Carole Robertson, Cynthia Wesley and Addie Mae Collins died when a bomb exploded at the 16th Street Baptist Church in Birmingham. The church was a meeting place for civil rights leaders; the bombing was the third in 11 days after a federal order came down to integrate Alabama’s school system. Christina Ham’s play examines what it’s like to be a child in the most extreme circumstances. The actors are middle schoolers at Summer Camp Capri. Dennis Spears and Greta Oglesby are co-directors. 7 p.m. Free.

Friday at Public Functionary: Opening reception for: Underbelly: New Work by Kate Casanova. The acclaimed and always interesting interdisciplinary multimedia artist is leaving Minnesota for a position at the University of Denver. Before she goes, Casanova will take over Public Functionary with a show about the materiality of human and non-human bodies. Sculptures made of various materials, LCDs and algae (Casanova often incorporates growing things into her work) suggest the tension between the body’s perceived exterior and its unknowable interior. 7 p.m.-midnight. Closes Aug. 26. 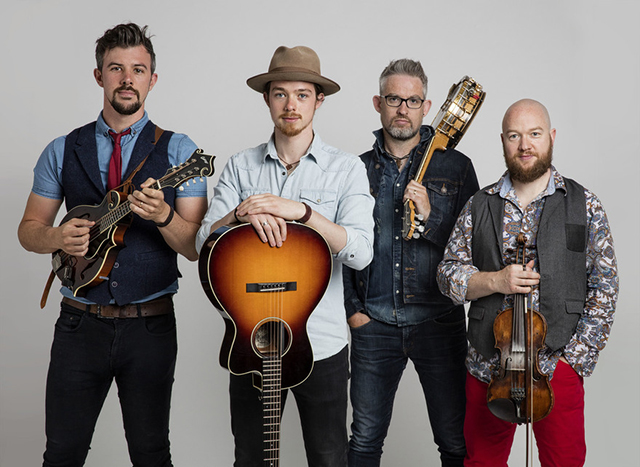 We Banjo 3 is touring behind its fourth studio album, ‘Haven.”

Friday through Sunday on Harriet Island: Irish Fair of Minnesota. It’s a big one. Organizers say that last year’s fair was attended by 100,000 people. The three-day schedule is packed with demonstrations, dancing, talks, poetry, activities and learning opportunities (Irish accordion, anyone?). Plus Irish fair food and drink, and native Irish dogs. The musical lineup is always grand; this year’s headliners include Altan, We Banjo 3 and Gaelic Storm. We Banjo 3 – two sets of brothers, all four with All Ireland titles – is touring behind its fourth studio album, ‘Haven.” Its predecessor, “String Theory,” reached #1 on the Billboard World Music Chart. Friday 3-11 p.m., Saturday 10 a.m.-11 p.m., Sunday 1 a.m. to 7 p.m. (mass at 9 a.m.). FMI. Free excepted for ticketed events, like tonight’s kickoff party.

Saturday in Stillwater: 2018 Square Lake Film & Music Festival. A rare and special combination of mostly local, some international short films, live Minnesota music, and location, location, location. The music lineup includes Pieta Brown, Erik Koskinen, Under Violet and Night Moves. This year’s big event: drummer Dave King (The Bad Plus etc.) will perform three short scores live to “Bike Trilogy” by local animator Tom Schroeder. It seems King has never done this sort of thing before. We hope he likes it so much he’ll want to do it again. The festival takes place on a 25-acre farm near the St. Croix Valley and the Gateway Bike Trail. (People who bike there pay $15, everyone else pays $35, so they really want you to bike there if you can.) Films are shown during breaks between bands in a converted hay barn. 2 p.m. to 12:59 a.m. Limited camping available. FMI and tickets. Kids 12 and under are free, and you’re encouraged to bring the family, but not your dog. Sorry.