The Parkway Theater went on the market in February 2017. It sold a year later to local investors and business partners Ward Johnson and Eddie Landenberger. At the time of the sale, Landenberger told City Pages, “Our goal is to restore the Parkway Theater to its former glory and bring new energy to the space through renovation, curated movie and speaker series, contemporary chamber music, and more.”

Our ears (OK our eyes) perked up at “contemporary chamber music.” Landenberger is married to Kate Nordstrum, who has consistently done some of the best and most imaginative music programming in the Twin Cities since her days at the Southern. (She’s now at the SPCO, running Liquid Music.)

And we’ve always liked the Parkway and its South Minneapolis setting in Minneapolis’ Field-Regina-Northrop neighborhood (on Chicago Ave. north of Minnehaha Parkway), though the last time we were there, the nearly 90-year-old theater needed a lot of work and a serious cleaning.

In the redo, the seats have been reupholstered, painted and repositioned for more leg room. Capacity is around 360, about the same as the Walker’s McGuire Theater. The sound system has been updated. There’s a new bar in the lobby, serving local craft beers and cocktails. Also in the lobby: coin-operated arcade games and two additional bathrooms.

On Friday, the Parkway announced its reopening date – Sept. 13 – and its fall/winter schedule. Patrick Marschke, a musician and composer who worked with Nordstrum at Liquid Music, is doing the booking. The line-up looks amazing: 26 events (so far), including classic movies in 35mm, new films and documentaries, concerts, album releases, comedy and improv. The Parkway is one of the few Twin Cities theaters with a 35mm projector (others are the Trylon and the Heights) and they’ll be making full use of it at a regular weekly movie night on Thursdays.

Most of the events are online at the well-designed, retro-tinged website. (Love the new Parkway logo.) We’ve cherry-picked a baker’s half-dozen (it was tough to stop at seven) to give a sense of what’s in store: a thoughtfully curated, smart and eclectic series of events that should bring people to the theater and the neighborhood restaurants and bars. Johnson and Landenberger also bought the adjoining Pepito’s building to the south; it’s now the Minneapolis location for St. Paul’s famed El Burrito Mercado. The Town Hall Tap is two doors to the north. And don’t forget Turtle Bread on the corner of 48th and Chicago, whose Pizza Biga offers full dinner service.

Ticket prices at the Parkway range from $10 to $30, except for a couple of VIP options.

Thursday, Sept: 13: “Jaws” in 35mm. The Parkway’s first official event is the original summer blockbuster, screened as God and director Steven Spielberg meant us to see it.

Saturday, Sept. 15: Halloween, Alaska “Le Centre” album release with the Andrew Broder + Dave King Duo. This is actually the second Dave King-related event in a row at the Parkway; the first is a movie. Halloween, Alaska is a band made up of King on drums and keys, James Diers on voice, guitar and keys, Jacob Hanson on guitar and William Shaw on bass. “Le Centre” is the group’s first full album of original music since 2011. Broder and King will play an opening set. 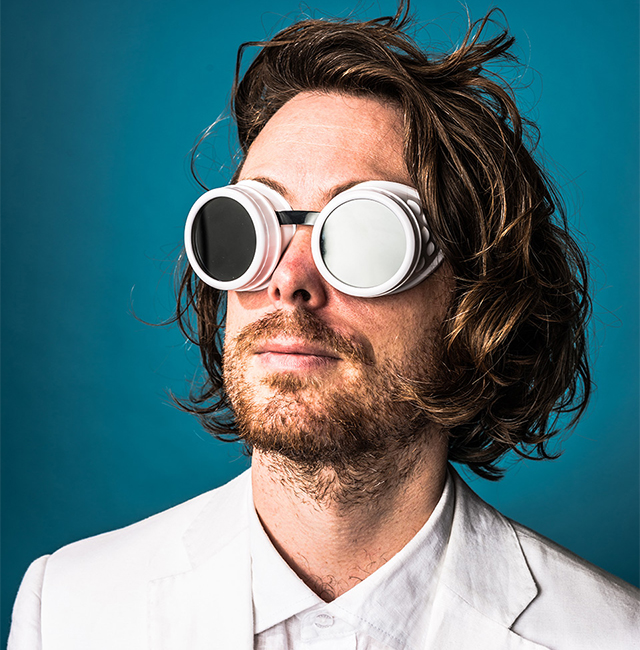 Glassnote Records
Jeremy Messersmith will perform at the Parkway Theater on Saturday, Sept. 29.

Saturday, Sept. 29: Jeremy Messersmith. A live concert by the “Minnesota music hero” whose latest is “Late Stage Capitalism.” This is one of the events with a VIP meet-and-greet, which will take place in the Parkway’s lobby. (Sorry, this show is already sold out.)

Tuesday, Oct. 16: “The Gates: An Evening of Stories with Adam Gopnik.” On Oct. 10, the best-selling author and New Yorker staff writer will give a reading at Coffman Union for the Fall UMN English Writers series. This will be different – a show Gopnik performed earlier this year at the Public Theater in New York, directed by Catherine Burns, artistic director of The Moth.

Tuesday, Nov. 6: “The Theater of Public Policy’s Election Night Special.” We were at T2P2’s event at Bryant-Lake Bowl on the night of the last presidential election, and we can say from experience that no matter what happens, this will be funny, and it will be a class act all the way.

Monday, Feb. 11, 2019: Ashwini Ramaswamy: “Let the Crows Come.” This was previously announced as part of the Liquid Music series. Ramaswamy of Ragamala Dance is working on a new commission for Liquid Music with New York-based composer/DJ/author Jace Clayton and Twin Cities dancer Alanna Morris-Van Tassel. This pay-what-you-wish event will be a peek into her progress and will include video footage of Ramaswamy’s residency at the Baryshnikov Arts Center. 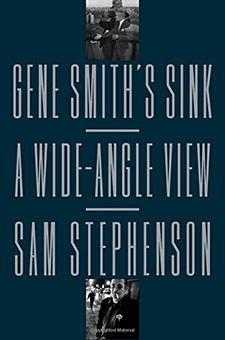 Wednesday at Crooners: Oscar Peterson’s Birthday Celebration. Formerly of the Twin Cities, now based in Iowa, the excellent pianist Tanner Taylor will pay homage to his main influence, Canada’s Oscar Peterson, who would have turned 93 on Aug. 15. Taylor and his trio – Mac Santiago on drums, Graydon Peterson on bass – will be in the intimate Dunsmore Room, made and meant for listening. 7 p.m. FMI and tickets ($10-15).

Thursday at Mia: Third Thursday: Design Night 2018. An annual event eight years in a row – so it’s working? – this Third Thursday is co-presented by AIGA Minnesota. Charles Youel of ARTCRANK will moderate a panel discussion with leading Twin Cities creatives; Joe Kral will present some of his work; type designers Chank Diesel and Anne Ulku will help you design your own font. While you’re there, visit Mia’s new “Art in Chicago” exhibition and the MAEP show. 6-9 p.m. FMI. Free and open to the public.

Saturday at the American Swedish Institute: Great Makers Exchange. In ASI’s Year of the Handmade, this daylong celebration of craft in many forms – carving, painting, pottery, weaving, printing, felting – feels especially timely. Sign up for a workshop; hear a panel discussion on sustainable and local textile and fashion production; listen in on one or more Conversations on Craft; shop the Makers Market; and by all means tour the fascinating and creatively designed exhibit “Gudrun Sjödén: A Colourful Universe.” Sjödén’s clothing, sold around the world, often features prints that began as her watercolors. The Makers Exchange is included in museum admission. Workshops have separate registration fees. 8:45 a.m. to 5 p.m. FMI.

Saturday at the Dakota: Nachito Herrera: Bach to Havana. An evening of classical music and Cuban pyrotechnics, performed by the Cuban piano master. He can play anything, so expect some Bach, along with Chopin and Gershwin. 7 p.m. FMI and tickets ($25-30).

Restored Parkway to reopen with an amazing lineup of events; Great Makers Exchange at ASI