These words are heard often in Penumbra Theatre’s production of Langston Hughes’ “Black Nativity,” in song and narration. They have special resonance this year, when there are more refugees than ever in human history. Some 65 million people have been forced from their homes. More than 25 million are refugees. At our own border with Mexico, refugees are being met with tear gas, rubber bullets and barbed concertina wire.

But “Black Nativity” is not about gloom and doom. It’s Christmastime, after all, and this is Penumbra’s beloved annual Christmas show — ageless, satisfying, joyous and hopeful to the core. The setting is simple: a gospel church with a wall of wood planks, a lectern backed by a quilt.

There’s a choir of eight, all members of Kingdom Life Church in Robbinsdale; a choir director/soloist, Yolande Bruce; a five-man band of musicians led by Sanford Moore, seated on stage; a narrator, Jennifer Whitlock; two soloists, Greta Oglesby and Dennis Spears; and a pair of dancers representing Joseph and Mary, with choreography by Uri Sands of TU Dance.

Hughes wrote “Black Nativity” in 1961, during the civil rights movement. It was the first time the Christmas story had been told by an all-black cast. It’s designed to be loose and flexible. There’s no complete, final script in the Langston Hughes archives, and Hughes didn’t specify which songs to include. There have been many different versions, some framed within contemporary tales of families preparing for the holidays, or struggling with financial problems or grief.

The current version is the one Penumbra has mounted for the past several years. Although Sarah Bellamy has succeeded her father, Lou Bellamy, as Penumbra’s artistic director, he still directs this show. Everyone wears black. The only embellishments are festive spangles on clothing and a few pairs of sparkly shoes. You’re there to hear the songs and the words.

And nobody’s acting. Oglesby’s husband is a pastor. Spears recently became a deacon at Kingdom Life Church. When they sing it, they mean it. You’re not being preached to; you’re being invited in. For 90 minutes, you can feel the heat and the ecstasy of faith, told in songs including “Go Tell It on the Mountain,” “O, Jerusalem in the Morning,” “I Wonder as I Wander” and “What You Gonna Name That Pretty Little Baby?” Even “Little Drummer Boy,” which can be crushingly boring, comes to life.

We all know the story, but there’s a reason it’s called the greatest story ever told. Believer or skeptic, it’s hard not to be moved by the conviction and emotion in the room, and the glory of the singing. We’re talking Spears, who could sing birds out of a tree, and Oglesby, whose warm, rich voice is a treasure, and Bruce, who thrills, and choir member Deborah Finney, who steps out of the choir to knock you out with her clear, powerful soprano.

And the dancers! On opening night, Jacob Lewis and Taylor Collier were Joseph and Mary, leaping and gliding and reaching high in the air. “Black Nativity” has just two dance numbers, which leaves you satisfied and wanting more. 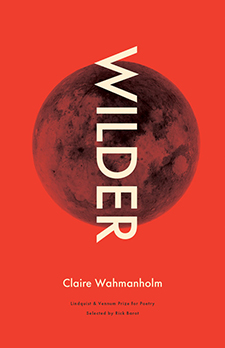 Tonight (Tuesday, Dec. 4) at the new Bell Museum: Book launch for Claire Wahmanholm’s “Wilder.” Say you write a book of post-apocalyptic poetry. Poetry set on a blasted landscape, poetry without hope, poetry in which bombs are stitched into bellies. Where will you want to read from it? Some otherworldly space. Maybe a deserted missile silo. Or what about the planetarium at the Bell Museum? Reservations are full, but you can take a chance on someone not showing up for this free event hosted by Milkweed Editions. Wahmanholm is the winner of the 2018 Lindquist & Vennum Prize for Poetry. “Wilder” (rhymes with bewilder) is terrifying and beautiful. The launch includes a reception, conversation between Wahmanholm and contest judge Rick Barot and announcement about the future of the poetry prize. (Hint: Don’t worry.) 6 p.m. FMI.

Tonight at Crooners: Christmas with Joey D! As in Joey DeFrancesco, one of the best Hammond B-3 players on the planet. (Some say the best, but we’re not willing to take that up with Dr. Lonnie Smith. Let’s just say that both are masters.) We’ve seen Joey many times and it never gets old. His playing is soulful, hard-swinging and hot. For his latest CD, “You’re Driving Me Crazy,” he teamed with Van Morrison (!!!). Morrison won’t join him at Crooners, but we can expect Joey to dip into the album before that, “Project Freedom,” and deliver some holiday tunes along the way, set on fire. 7 and 9 p.m. in the Showroom. FMI and tickets ($25-35).

Thursday-Sunday at the Howard Conn Performing Arts Center in Plymouth Congregational Church: “A Year With Frog & Toad.” Arnold Lobel’s characters are the best of friends, hanging out together, always there for each other, getting along despite the occasional misunderstanding. Based on Lobel’s gentle read-aloud stories, this new musical production from Youth Performance Company is child-size holiday entertainment. FMI, times and tickets ($6-15). Also Thursday-Monday, Dec. 13-17.

Friday-Sunday at the East Side Freedom Library: Circle Up Play Reading Festival. Full Circle Theater, the company founded by Rick Shiomi after he left Mu Performing Arts, has presented three productions so far including its own version of Suzan-Lori Parks’ “365 Days/365 Plays” at Penumbra in 2017. Up next (in May 2019): Christopher Chen’s “Caught” at the Guthrie’s Dowling Studio. This weekend, Full Circle will explore five new plays under consideration for the future. Read by actors, directed by company members, the readings are free and open to the public. Friday at 7:30 p.m.: Shiomi’s “Fire in the New World” the third in his trilogy about Japanese Canadian detective Sam Shikaze. Saturday at 2: “Atacama” by Augusto Federico Amador, about two people in Chile searching for the remains of family members “disappeared” under Pinochet. Saturday at 7:30: “The Empathy Project,” developed by Stephanie Lein Walseth. Sunday at 2: Lindsey Bushnell’s “Glass,” a “feminist absurdist play,” and Martha B. Johnson’s “The Lady M. Project,” a work-in-progress being developed around Lady MacBeth’s sleepwalking scene.

Friday-Sunday at the Ted Mann: Twin Cities Gay Men’s Chorus: “A Million Reasons to Believe.” TCGMC launches its 38th season with its annual holiday concert of pop-infused traditional favorites and surprises. New Artistic Director Gerald Gurss, who arrived with serious credentials, has arranged several works for the concert and composed a new work in commemoration of World AIDS Day, “And I Believe.” Also on the program: the TCGMC Chamber Singers (directed by Gurss) and OutLoud! (Jerry Rubino). Friday and Saturday at 8 p.m., Sunday at 2 p.m. FMI and tickets ($30-53).