Gremlin Theatre’s production of Florian Zeller’s “The Father” is painful to watch. In Craig Johnson’s performance as André, a proud man with dementia, you may see a family member, a friend, or your worst nightmare for your own end, somewhere down the line.

The play is also magnificent to see and experience in the Gremlin’s intimate space. Everything comes together: the cast, direction, set, lighting, costumes, the woozy sound. About 10 minutes in, something happens that will lift the hairs on the back of your neck, if you don’t know it’s coming. (And we’re not telling.) What follows is surreal.

Zeller’s play, translated by Christopher Hampton, is often described as showing dementia from the perspective of the person who has it. But there are also scenes where André isn’t present, and we learn more about his daughter, Anne (Miriam Schwartz), and her partner, Pierre (Peter Christian Hansen). She’s devoted and exhausted. He’s losing patience. He wants a life with her, not her confused and demanding father.

André must have been a fine man once. Johnson gives us glimpses of his former charm, joie de vivre and way with the ladies. Anne loves him in spite of the cruel things he says, now that disease has dissolved his filters. When André talks of his other daughter, Elise, describing her (in Anne’s presence) as his favorite, we wince in sympathy. And where is Elise, while Anne is carrying the heavy load of caretaking?

André doesn’t think he’s old. He mocks old people, the kind who need caretakers, which he insists he doesn’t. He hunches over and screws up his face and shakes as if he has tremors. He insists that Anne “has a tendency to repeat herself. It’s an age thing.” He tells her, “I have a feeling you sometimes suffer from memory loss. … It’s worrying me.”

Is André a former tap dancer, or was he an engineer? Does the Paris flat where he lives belong to him or to Anne? And where is his watch? He keeps losing it. Someone keeps stealing it. People are always stealing from him, or trying. He’s convinced that Anne and Pierre want to put him in a home so they can get hold of his flat.

The watch, lost and found and lost again, is a theme that runs through the play. If André could hold on to his watch, perhaps he could hold on to time itself, and his sanity, and keep both from slipping away. A chicken reappears, and a glass of wine. Time is no longer linear. Phrases are repeated: “There’s something that doesn’t make sense,” “It’s good, this wine,” “Can I ask you a question?” There’s a hint – more than a hint – of elder abuse.

It’s awful to witness André’s decline. Not for the first time, Johnson blows us away. (Maybe you remember him from “The Nether” at the Jungle. Brrr.) In a moment of great clarity (and poetry) near the end of the play, Andrê speaks these beautiful words: “I feel as if I’m losing all my leaves, one after another. … The branches! And the wind.”

“The Father” is full of fine performances – by Schwartz, one of the busiest actors in the Twin Cities (soon after “The Father” closes, she’ll star with JuCoby Johnson in “Actually” at the Minnesota Jewish Theatre company); by Hansen, Gremlin’s founding artistic director; by Matt Wall, Emily Grodzik and Olivia Wilusz as … we’re not telling. Director Ellen Fenster helms it all with a firm and compassionate hand. 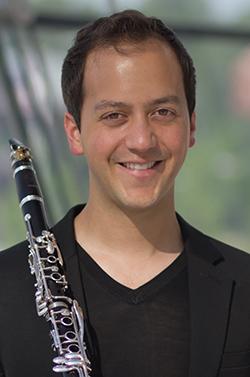 Thursday through Sunday at Orchestra Hall: American Expressions Festival. The celebration of American music that began on New Year’s Eve with music by Bernstein, Copland and Gershwin continues through this weekend. Thursday and Friday: Vänskä Conducts Barber, Copland and Shaw. Gabriel Campos Zamora, the orchestra’s principal clarinet, will solo on concertos by Aaron Copland and jazz legend Artie Shaw in a program that also includes symphonies by Samuel Barber and Howard Hanson. 11 a.m. Thursday (free coffee and doughnuts), 8 p.m. Friday. Saturday and Sunday: Vänskä Conducts American Nomad. Commissioned by Minnesota Orchestra board member Paul Grangaard – with trumpeter Charles Lazarus in mind – Steve Heitzeg’s “American Nomad” had its world premiere here in 2015. (Here’s the backstory on that.) It will return on a program with music by William Schuman’s “New England Triptych” and Florence Price’s Symphony No. 1, which in 1933 became the first symphony by an African American woman to be played by a major American orchestra. 8 p.m. Saturday, 2 p.m. Sunday. FMI and tickets ($26-97).

Friday and Saturday at the Ordway Concert Hall: The SPCO: Improvisations with Pekka Kuusisto and Tyshawn Sorey. After playing a Liquid Music concert with Vijay Iyer and Jennifer Koh tonight, percussionist Sorey will return to the Concert Hall this weekend. On a program that also includes music by Beethoven, Ravel, and the Midwest premiere of Vijay Iyer’s “Asunder” for winds, strings and percussion (an SPCO co-commission), Sorey will lead the SPCO in a conducted improvisation using gestural cues. Originally, violinist and SPCO Artistic Partner Pekka Kuusisto was scheduled to play, but he injured his arm. So he’ll conduct but not play. (Get better soon, Pekka!) Friday at 11 a.m. and 8 p.m., Saturday at 8. FMI and tickets ($50/30/12; kids and students free).

Friday through Sunday at the History Theatre: Raw Stages New Works Festival. Staged readings of new plays in development by Minnesota artists, on Minnesota topics. Friday at 7:30 p.m.: “Superman Becomes Lois Lane.” In Susan Kimberly’s play, a transgender woman becomes the deputy mayor of St. Paul. Saturday at 2 p.m.: “The Gordon Parks Play.” In Harrison David Rivers’ new work, a writer is transformed while researching the photographer. Saturday at 7:30 p.m.: “Not for Sale.” Kim Hines and Barbara Teed have written a play about a Minnesota realtor in the 1960s who tries to sell houses to minority families in all-white neighborhoods. That probably didn’t turn out well. Sunday at 2 p.m.: “Runestone! The Rock Musical.” Mark Jensen wrote the book, Gary Rue the music and lyrics. The topic (what else): the Kensington Runestone. FMI and tickets ($15 per reading, $30 for all four).

Saturday and Sunday at the Ted Mann: One Voice Mixed Chorus: “Beyond Broadway: Not Just a Stage.” Guest conductor Tesfa Wondemagegnehu conducts Minnesota’s collaborative, community-building LGBTA chorus in the first concert of its new season, with music from the Broadway stage, the movies and the opera. 7:30 p.m. Saturday, 2 p.m. Sunday. FMI and tickets ($29-54; $20 with student ID; half off for ages 17 and under).

Everything comes together in Gremlin’s ‘The Father’; Minnesota Orchestra’s American Expressions Festival