Arts & Culture
Artscape
June 5, 2019
The Minnesota Humanities Center has a new CEO. Kevin Lindsey, J.D., began his new position on Monday. He brings a wealth of experience in public policy, education reform and championing equity. From 2011–2019, Lindsey was commissioner of the Minnesota Department of Human Rights, where he transformed how people think about diversity and inclusion.

“To build a more equitable society, we need to establish trust between communities and create space for meaningful conversations and empathy,” Lindsey said in a statement. “The Minnesota Humanities Center is bringing people together through stories and dialogue in a way I’ve long admired.”

The mission of the Minnesota Humanities Center is to build a thoughtful, literate and engaged society. It uses philosophy, literature, civics, history, language and more to focus on what unites us, not divides us, bringing the humanities out of scholarly institutions and into the lives of everyday Minnesotans.

The “We Are Water” traveling exhibition is a project of the Minnesota Humanities Center. It began at the University of Minnesota’s St. Paul campus in October, is now at the Hormel Nature Center in Austin and goes from there to Carleton’s Weitz Center in Northfield.

Being nominated for a Drama Desk Award is great. Winning is even better. On Sunday at the 54th Annual Drama Desk Awards in New York, Theater Latté Da’s “All Is Calm: The Christmas Truce of 1914” won the 2019 Drama Desk Award for Unique Theatrical Experience. All the more reason to see it this year, when the same production audiences loved off-Broadway, with the same cast, will play at the Ritz for nearly a month starting Nov. 27.

“All Is Calm,” which tells the story of a moment in history when Allied and German soldiers laid down their arms and celebrated the holiday together, was created by Peter Rothstein, Latté Da’s founding artistic director. It premiered in 2007 and is now a holiday tradition. It has toured the United States for 10 seasons, reaching more than 50 cities. It has also been licensed and performed by theater companies and choruses across the U.S., Canada and Australia.

Tickets to this year’s production are available now as an add-on to season packages. Single tickets will go on sale Sept. 25. FMI.

A member of the St. Paul hip-hop band Heiruspecs, a McKnight Fellow and a recent winner of an inaugural Jerome Hill Artist Fellowship has been named the new Schubert Club Composer-in-Residence.

Starting Sept. 1, deVon Russell Gray, aka dVRG, will start a two-year term of creating music, taking part in Schubert Club education and community programs, advising on artistic projects and advocating on behalf of the 137-year-old music presenter, one of the oldest arts organizations in the country.

A classically trained composer and multi-instrumentalist, Gray joins an impressive list of Schubert Club composers-in-residence that includes Abbie Betinis, David Evan Thomas, gamelan artist Joko Sustrisno and early music ensemble Belladonna. The most recent was Reinaldo Moya, whose new opera, “Tienda,” was performed in a partially staged version at TPT in May. 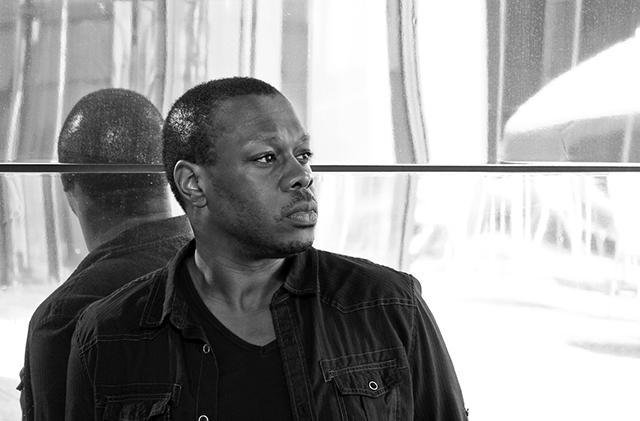 Barry Kempton, the Schubert Club’s artistic and executive director, said in a statement, “The committee’s decision was unanimous. We were certainly impressed by the composition samples that deVon submitted with his application, but we were also won over by his sense of who he is as a musician and where he hopes his musical journey will take him. He is a musician with a broad range of interests and influences.”

That’s for sure. We’ve seen him several times – including at the premiere of his 2015 Cedar Commission, “Fractious Child (string 4tet)”; with Chastity Brown; at Icehouse dates with various musicians; and most recently at the Cedar for “Cosmo Sun Connection: Celebrating the Life and Music Legacy of Sun Ra.” All different, all deVon.

Of his music, Gray says, “My work has always been about the exploration of intense personal inner spaces as well as the communal imbibing of the resultant magic.”

Tonight (Wednesday, June 5) at the Parkway: “Who Is Harry Nilsson (And Why is Everybody Talkin’ About Him)?” On Saturday, the Parkway will pay tribute to the Beatles’ favorite American musician with a live performance by Dream on Nilsson, the Twin Cities’ tribute band. But first, a rare screening of John Scheinfeld’s documentary stuffed with songs, never-before-seen film clips, personal photos and interviews with people who knew Nilsson well, including Mickey Dolenz, Terry Gilliam, Randy Newman, Yoko Ono, Robin Williams and Brian Wilson. Dream On Nilsson will play a brief acoustic performance prior to the screening. Doors at 6:30, pre-show music at 6:45, screening at 7:30. FMI and tickets ($9 advance, $11 door).

Starts Thursday at the Off-Leash Art Box: Right Here Showcase. Emerging artists get the spotlight. So do established artists. But what about those in between? Now in its fifth year, Paul Herwig’s juried showcase is the only annual program that supports Minnesota-based, midcareer contemporary performing artists and introduces new audiences to their work. This year’s featured artists are Non Edwards (dance and performance artist), Zhauna Frank (dance and theater artist; former principal dancer with Ballet of the Dolls), Jennifer Ilse (interdisciplinary dance artist; co-artistic director of Off-Leash Area) and Blake Nellis (improvisatory dance artist and photographer). Each will present a new work. Thursdays-Saturdays at 8 p.m., Sundays at 7 p.m., this weekend and next weekend. 4200 E. 54th St., Minneapolis. FMI and reservations ($10-30 sliding scale).

Opens Friday at the Uptown Theatre: “Walking on Water.” You know Christo. With his wife and creative partner, Jeanne-Claude, he wrapped the Reichstag and the Pont Neuf in fabric, put pink skirts on islands in Biscayne Bay, installed a series of 7,503 saffron-colored gates in Central Park and completed several more monumental projects around the world, all fleeting and temporary. Ten years after Jeanne-Claude’s death, Christo set out to realize the Floating Piers, a project they conceived together years earlier: a wide golden walkway across the Italian alpine Lake Iseo, sturdy enough to support hundreds of thousands of people. If you’ve ever wondered what it takes to realize a Christo project, and how insane it really is, you’ll love this.  FMI including times, trailer and tickets.

Tuesday (June 11) at Hamline’s Sundin Hall: Aizuri Quartet. In June 2018, when we first saw the Aizuri Quartet, they had just won the largest chamber arts prize in the world. Their Grammy-nominated debut album, “Blueprinting,” came out Sept. 28 on New Amsterdam Records. It’s so bold and refreshing. All five works were written especially for Aizuri by Gabriella Smith, Pulitzer Prize winner Caroline Shaw, Yevgeniy Sharlat, Lembit Beecher and Paul Wiancko, five of today’s most exciting American composers. Here’s the trailer. Last June’s concert sold out and oversold; people ran around setting up chairs on the stage. The program includes works from the album by Smith and Shaw, plus Evan Premo’s “Deeply Known” (also written for Aizuri) and Mozart’s Quartet in F major. This is the final concert in the Chamber Music Society of Minnesota’s current season. 7 p.m. FMI and tickets ($25/20/15).