Patrick Scully has loomed large on Minnesota’s arts landscape for more than 40 years. A theater and dance artist, playwright, choreographer, activist, and free speech champion, he was the first artist to receive a Bush Artist Fellowship for openly gay work.

Scully has been a professional performer since 1976, when he co-founded Contactworks Dance Collective, and an independent performing artist since 1980. He has danced professionally in Minnesota, New York and Berlin. In 1986, he founded Patrick’s Cabaret, a queer-led performance art incubator that changed our local arts landscape. He served as the Cabaret’s artistic director for 18 years. It closed for good, or so we thought, in 2018 and is as legendary in its own way as the Theatre de la Jeune Lune.

His recent projects include the “Mississippi River Boat Ballet,” a site-specific dance for 45 boats, and “Leaves of Grass – Illuminated,” a celebration of American poet Walt Whitman in words and dance. His goal is to take “Leaves of Grass” to every county in Minnesota.

We spoke with Scully by phone on Tuesday morning. This interview has been edited and condensed.

MinnPost: What were you doing on or around March 13, when everything closed or canceled?

Patrick Scully: One of the things I do to survive is teach ESL part time. This semester, I’m teaching one four-credit class at Minneapolis Community College. I had learned that all of the classes were going to continue past spring break online. I’ve never even taken a class online, much less taught one. I was figuring that out.

MP: What were your plans as an artist for the rest of the year?

PS: I was teaching one class so I could spend the rest of my time doing the extensive behind-the-scenes administrative work it takes to submit a touring grant request to the Minnesota State Arts Board. I was dedicating a couple hours every day to networking, reaching out, and trying to make contacts to bring my one-man show about Walt Whitman to rural Minnesota.

I have a long-range goal of ultimately getting this show to every county in the state. It fits so well with what’s motivated me all these years: sharing the reality of the lives of gay people as a way to help liberate people, whether they’re gay or, as my former partner Djola used to say, “gay, straight, or wavy.” To embrace the fact that this is your life. Don’t pretend to be somebody else. Live your life on your own terms.

Especially with the legacy funding we have in Minnesota, it feels appropriate to set this goal. At this point, the counties I have not yet been to tend to be relatively conservative places. Sometimes I’m told something like, “Oh, Patrick, contact us in five years, when more of the old people have died off, and maybe I can take a chance on that.” Or I send the email and follow up with a phone call and never get a response. In which case I assume they don’t want anything to do with a show that reveals that one of America’s greatest poets was a man who loved men.

The networking it takes to do any show is extensive, but when you’re swimming against the stream of a community’s politics, that makes it harder.

So there I am for months, sending emails, cold-calling, brainstorming, putting in all the hours it takes to try to line up a tour so when July comes, I have all the information I need to submit my grant request. And then the State Arts Board announces that other than general operating support, they’re going to [suspend] all those programs.

I felt like the rug had been pulled out from underneath me. And then to be told, “We’ll have more information for you in June.” 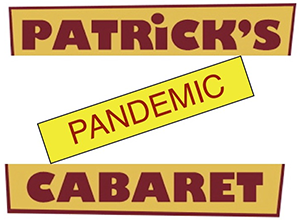 One thing that had become part of my strategy was applying for touring funds, getting in the car, and driving hundreds of miles across Minnesota to do the Walt Whitman show. It was something I loved doing. It was one piece of the puzzle of having a sustainable life as an artist that I had figured out, and then – whoosh – it was gone.

When the news of its disappearance came along with the news that general operating support would continue, I felt – well, there it is again. The big businesses get their checks, but the smaller you are, the more likely it is that you’re going to have to fend for yourself.

How would the arts world even exist without the work of individual artists? Most composers are individual artists. And playwrights. And people who write books. If we really want great artworks to be created, we’ve got to figure out ways to support artists as individuals.

MP: You had already taken your Walt Whitman show to 48 communities. Then you had a sold-out show at the Guthrie.

PS: I was really pleased. As somebody who saw his first real theater at the Guthrie in high school – [Bertold Brecht’s] “The Resistible Rise of Arturo Ui,” with my German class – being able to go to the Guthrie with a show that I wrote, and perform it there, felt like … Wow!

I had planned to take the show to 15 more communities over the next three years in a row. I was going to apply in July of this year, the following year and the year after that. By now, I know how to write a grant, and I felt I had a really strong case, especially after so many shows and the Guthrie.

MP: What will you do now?

PS: Who knows whether I’ll even have any ESL teaching work? Or what will happen to student populations? Or what the Arts Board will roll out in June? It left me looking into a big, empty space where about the only thing I could identify was a question mark in the distance.

At the same time, it started to come to me: Patrick, when the infrastructure doesn’t exist for what you want to do, you’re going to have to once again invent something for yourself. My partner, Kevin [Kortan], teaches yoga, and he’s been doing quite well teaching yoga online, and I thought … Zoom could produce a cabaret.

MP: And Patrick’s Pandemic Cabaret was born. People are excited about it.

PS: I am, too. Maybe it’s a silver lining we can pull out of this cloud. It got me dreaming. Suppose we did an intercontinental cabaret. Somebody from Europe, Asia, Australia, Africa, South America, North America. Artists from all around the world. It’s got my creative juices flowing.

MP: So you don’t see the Pandemic Cabaret as a one-off?

PS: No. I’m not laying out a lot of distant plans, but I’m definitely thinking, what else could happen? I pulled the first one together in two weeks. I want to see how the various systems work. We’ll see what happens beyond that.

I haven’t really been part of the Cabaret for 10 years. When they had the “sunset” for the Cabaret two years ago, I kept my distance. But now that the organization doesn’t exist anymore, I felt completely free to grab the old graphics and move ahead with it.

Patrick’s Pandemic Cabaret is an opportunity to draw on something I spent years building and use it as a brand in the best possible way. When people hear that it’s happening, I want them to be like, “Oh my god! Really? Hurray, hurray!” I wanted to harken back to something that would bring back positive feelings and use it as a way to move forward.

MP: On another topic: COVID-19 is not your first pandemic.

PS: This is another thing I’ve been thinking about a lot lately. The way this pandemic dominates the news reminds me very much of how AIDS dominated the gay and lesbian media in the late 1980s and the first half of the 1990s.

We lived 15 years through what everybody’s living through now. It was 15 years before there were effective medications that could deal with it. On top of that, we lived with the fact that vast segments of society really didn’t give a damn.

This current pandemic heightens my awareness of how difficult those times were. It causes me to pause, sit with the feelings, and in particular, miss the friends and colleagues who died.

MP: You’ve written “Many of us look to the arts for our spiritual lives.” Are we in a spiritual crisis?

PS: There was a lot of media attention when this first happened about all of the people who couldn’t go to church. I know people who go to church, but I know a lot more who go out for culture, to the theater, to a dance performance or a music concert. I wouldn’t call our inability to do that live at this point a crisis. But maybe it will heighten our awareness of how much we value it and how much we need it.

Patrick’s Pandemic Cabaret will take place Friday, April 24, at 7:30 p.m. via Zoom. The lineup includes poets Mary Moore Easter and Bao Phi, artist collective Beatrix*Jar (Jacob Aaron Roske and Bianca Janine Pettis), theater artists Marcie Rendon and Raving Native Theater, visual and performance artist Eyenga Bokamba, and pianist and composer George Maurer. Patrick Scully will emcee. He told the artists, “Here’s your timeframe, but I want you to do whatever you want to do. There is no theme you have to resonate with.” Tickets (suggested) are $15. Here’s the link you need.

Patrick Scully on Patrick’s Pandemic Cabaret: ‘Maybe it’s a silver lining we can pull out of this cloud’