Arts & Culture
Artscape
May 14, 2020
Often, when we writers preview upcoming orchestra seasons or individual concerts, our focus is on the guest artists and conductors. In announcing its 2020-21 season this week, the St. Paul Chamber Orchestra nixed that.

Except for its holiday performances of “Messiah,” which require singers, there won’t be any guest artists or conductors. Or internationally famous artistic partners. All of its concerts will be led by SPCO musicians; all 15 of its soloists will be SPCO musicians.

Citing an “unprecedented financial situation due to the current global pandemic,” the SPCO is “taking proactive steps to significantly reduce expenses so it can reach the other side of this crisis as a strong and healthy organization.”

Are we disappointed? No. We will definitely miss the artistic partners. Among the current five are cellist Jonathan Cohen, pianist Jeremy Denk and violinist Pekka Kuusisto, all brilliant and charismatic musicians who have given us a lot of pleasure. All have been furloughed, along with more recent additions Richard Egarr and Rob Kapilow. We’re told they’ll be back for 2021-22.

We’re excited and intrigued by the prospect of zeroing in on the orchestra’s own musicians and artistry. If any orchestra in the United States knows how to lead itself, it’s the SPCO. They haven’t had a music director since 2004, when that position was officially eliminated. Being a musician-led orchestra is their identity. In 2016, Artistic Director Kyu-Young Kim explained, “Working consistently without a conductor … has forced and required the members of the ensemble to prepare more diligently, listen more intensely, engage more fully and communicate more directly with each other.”

And speaking of Kim, he’s also the SPCO’s principal violin. His appointment as artistic director in late 2015 broke another mold. Management and musicians have traditionally been separate entities. There was talk back then about how this wouldn’t work and couldn’t work. Well, it’s 2020, and it seems to be working just fine.

So the SPCO’s 2020-21 season will be different. Isn’t everything? As we’ve been learning from our ongoing series of interviews with artists and arts leaders, the COVID-19 crisis can also spark creativity. We fully expect the SPCO musicians to shine and amaze us. They have already been hard at work creating the season and curating the concerts. Kim said in a statement, “We seized the opportunity for our own musicians to step up. … We expanded our programming committee to include more than half of the orchestra.” Naturally, they gathered virtually.

Three of the planned 101 performances will take place at the Capri Theater in North Minneapolis as part of its grand-reopening. There are no plans at this point to perform at Icehouse or the Turf Club.

During the 2020-21 season, more concert videos will be made available in the SPCO’s hugely popular free online Concert Library. (Since the COVID crisis began, it has been visited more than 80,000 times.) New digital engagement resources for children, families and educators will be added to the orchestra’s growing collection. Special encore video streams will be scheduled. Free livestreams of individual concerts will depend on funding.

And although the SPCO, like all arts organizations, faces massive financial challenges, tickets for children and students will still be free.

Opening weekend, featuring works by Beethoven, Mozart and Haydn, and the U.S. premiere of a SPCO co-commission by British composer Thomas Adés, is scheduled for Friday-Sunday, Sept. 11-13, at the Ordway Concert Hall. Starting Sept. 18 with Bach’s “Goldberg” Variations, the SPCO will begin moving out into its community venues, traveling to Stillwater, Wayzata, St. Paul and Apple Valley.

You can view the complete 2020-21 season schedule here. Season tickets are available now online or by phone; call 651-291-1144. Individual tickets will go on sale in August.

What about social distancing? SPCO President Jon Limbacher told the Star Tribune, “We are anticipating social distancing protocols for next season. We will be developing contingency plans for all of our venues in the coming weeks and months, and will be engaging in discussions about those plans with our venue partners.”

‘Hamilton’ to stream in July

ICYMI, Disney in early 2020 paid $75 million for the movie rights to “Hamilton.” They would not turn “Hamilton” into a Disney movie, but would create a filmed version of the stage production starring the original cast, including Lin-Manuel Miranda. It would open in movie theaters in October 2021. 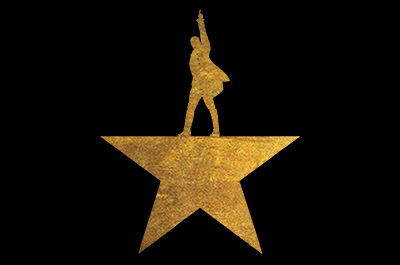 Except pandemic. Disney announced Wednesday that it will move the release date to July 3 of this year, the Fourth of July weekend, and debut the film on its Disney+ streaming service.

This is a strategic move in the battle of the streaming services. (P.S. “Mandalorian” will return with a new series in October.) And it will frankly be great to see “Hamilton” on TV, at closer range than any theater seat. And rewind to catch parts you miss. And maybe even watch it with subtitles? It’s the musical with the most words ever: 20,520 in all, delivered at a furious pace (144 words per minute). We’d love to catch every single one.

But … what about the naughty bits? People are asking on Twitter “Is the Disney version of #Hamilton gonna be censored?”

Tonight (Thursday, May 14): Minnesota Opera’s performance of Wagner’s “Das Rheingold” starts streaming online. Minnesota Opera is launching what it calls the 2020 Digital Opera Series: five operas available as on-demand audio streams, three of which will also be broadcast over Classical MPR. The first, “Das Rheingold,” will be available online today through June 28. It will be broadcast tonight starting at 7 p.m. The other four operas are Paul Moravec and Mark Campbell’s “The Shining” (streaming only, May 21-July 5); Massenet’s “Thaïs” (streaming May 28-July 12, broadcast May 28 at 7 p.m.); Joel Puckett and Eric Simonson’s “The Fix” (streaming only, June 4-July 19); and Mozart’s “The Marriage of Figaro” (streaming July 11-July 26, broadcast June 11 at 7 p.m.). Go here to gain access. You’ll be asked to sign up for an email newsletter.

Tonight at 6 p.m. on Prince’s YouTube channel: Prince’s March 30, 1985, concert from the Purple Rain Tour. The first live concert footage Prince officially released as a TV broadcast and home video captures His Purpleness and his iconic band, The Revolution, at the Carrier Dome in Syracuse, New York. The concert stream starts at 7 p.m., but if you can, tune in an hour early for a live Q&A about the tour with Bobby Z, drummer for Prince & The Revolution, and Andrea Swensson, host and writer for The Current and a Prince expert who penned the liner notes for the super-deluxe reissue of “1999.”

Starts Friday: MSPIFF39 Redefined: A Virtual Film Festival. The MSP Film staff refused to be defeated by a virus. When it became clear in mid-March that the 39th annual Minneapolis St. Paul International Film Festival could not take place as originally planned – live and in person – they went to work on a virtual film festival. Forget Netflix and HBO and the rest for the next several days and dig into the 50+ features and shorts they have secured for watching by Minnesota viewers. Most are available for the duration (Friday, May 15 at 11 a.m. through 11:59 p.m. Saturday, May 23), but some are one-timers. Tickets are $10 per film, $5 for MSP Film Society members.

Starts Friday at 5 p.m.: Art-A-Whirl 25. Because COVID-19, we can’t all gather in northeast Minneapolis for this annual whirl through artists’ studios, bands, restaurants, galleries, businesses and breweries. But we can browse more than 800 artist profiles and shops with shipping and curbside pick-up options, watch art demos, take virtual studio tours and rock out to musical performances, all while ordering takeout or delivery from NE restaurants and breweries. Art-A-Whirl won’t be the same as last year, when some 45,000 people showed up. Sorry, no trolley. But it will take place, and for that, we can be glad. Go here and press the button to begin.

Saturday (May 16) at 8 p.m.: “Bridging the Distance,” hosted and curated by the SPCO’s Kyu-Young Kim. A livestream of a digital concert put together by the orchestra’s artistic director and principal violinist. Through an eclectic selection of pieces from the SPCO’s Concert Library, Kim will consider the question, “How can music help us remain connected during this period of isolation?” Expect traditional and contemporary music, emotional ups and downs, comfort and togetherness, personal introductions to each piece by Kim and at-home performances by SPCO musicians. 8 p.m. Here’s the link.

Now at TPT Originals: “Welcome to Minneapolis: Your City Art Gallery Awaits” and “Take a Walking Tour of the Creative Enterprise Zone’s Mural and Art District.” Starved for art IRL? Weary of art seen only on screen? This may sound like a crazy idea, but stay with us for a moment more: Watch these films, both short. Then get in your car, hop on your bike, or hoof it to one or more of the public art works featured here. Find helpful maps on the web pages. Both videos were created in 2020, so everything should still be viewable.