On one hand, Phase III of Minnesota’s Stay Safe Plan, which took effect June 10, is good for arts organizations. They are now officially allowed to reopen, with limited capacity and certain other restrictions and expectations.

On the other, we’re seeing a lot of layoffs, some tied to the fact that the PPP (Payroll Protection Program) funds organizations received as part of the CARE Act are running out.

Last week, the Minnesota Historical Society (MNHS) announced plans to reopen Split Rock Lighthouse and Jeffers Petroglyphs on July 15. It is bringing 64 employees back to work, extending furloughs for 139 and laying off 176, primarily staff who work at MNHS historic sites and museums that remain closed. MNHS has 26 historic sites and museums around Minnesota. The History Center, Mill City Museum, Hill House, Ramsey House, Historic Fort Snelling and others remain closed.

The Walker Art Center is the latest on this mixed-bag list, and it’s safe but also sad to say it probably won’t be the last. With its reopening set for July 16, it announced Tuesday that it will lay off 33 people as of July 1. All are what’s called “visitor-facing staff.” Fifteen work in the Walker Shop and Visitor Services, and 18 are part-time gallery assistants. A PPP loan will pay them through June 30.

Experts are predicting another huge wave of layoffs as PPP money runs out nationwide. Business Insider columnist Dan Alpert explains: “[The] regulations surrounding the PPP essentially forced employers to initially rush out 75% of the loan amounts they received to put their entire pre-crisis body of workers back on payroll for eight weeks, in order to qualify for loan forgiveness. While that requirement was relaxed two weeks ago the vast majority of that cash will be out the door to employees by the end of June as originally required.”

Starting July 16, the Walker will offer reduced hours, programs and operations. The organization is projecting a $5.7 million drop in revenue, or 26 percent of last year’s operating budget. Along with laying off staff, it will freeze all salaries, reduce its 403b pension contribution by 1 percent. Executive Director Mary Ceruti will take a 20 percent pay cut and other senior leadership will take 10 percent pay cuts.

Jazz Central to the rescue

When the Twin Cities Jazz Festival had to cancel its Winter Jazz Festival, originally set for March 29, Executive Director Steve Heckler and his board rescheduled it for Oct. 18, which seemed reasonable at the time. Because surely COVID wouldn’t still be a problem in seven months?

Then it had to cancel the 22nd Annual Twin Cities Jazz Festival, the big one, scheduled for June 25-27. This weekend. Tonight, tomorrow and Saturday, in case anyone wants to take a moment and think about how glorious it would have been to hear Jazz Master Kenny Barron play on the Mears Park stage. At the time, Heckler called the festival “postponed” and said, “We’d also like to have some kind of live show in September, if it’s allowed and if it’s safe.”

Nix to both. TCJF won’t present any live shows until 2021.

But you can still have a jazzy weekend. Jazz Central Studios began in 2010 as a rehearsal and recording space for Twin Cities jazz musicians and evolved into a performance space, much needed especially after the Artists’ Quarter in St. Paul closed at the end of 2013. Starting Friday, June 26, and continuing through Sunday, it will host an online festival of live jazz, available for streaming on its Facebook page and YouTube channel. 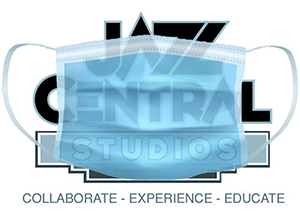 Tonight (Thursday, June 25) at 7 p.m.: Jazz Fest Live presents Debbie Duncan. Though the Twin Cities Jazz Fest won’t present any live shows until 2021, its weekly Jazz Fest Live streams will continue. Sign up here to save your spot for the Twin Cities’ First Lady of Song. Free, but donations are appreciated.

Friday, June 26, at noon CST: #KnightLive: Walking the talk: Social impact of the arts. The Knight Foundation is holding several series of online conversations about the future of our communities and democracy. Watch and listen in as Knight’s Director for Arts Priya Sircar talks with poet, writer and lyricist Aja Monet and Americans for the Arts VP Clay Lord about how the arts and individual artists are shaping society and addressing systemic issues. The webinar is free. Register here.

Saturday and Sunday, June 27 and 28: Live Streaming at the Vanguard: Joe Martin Quartet featuring Mark Turner, Kevin Hays and Nasheet Waits. We’ve seen two of the Village Vanguard’s streaming shows, the first with the Billy Hart Quartet (Ethan Iverson on piano) and the second with Vijay Iyer. We’re going back for more. Not all live streams are equal, but so far these have been exceptional: crisp and clear, latency-free (as long as you don’t listen through Bluetooth), with close-up but nonintrusive camera work. It’s weird not hearing applause, but wonderful knowing that what you’re hearing (and seeing) is live and in the moment. It’s weird not being in an actual crowd, but wonderful to “be” in the world’s most famous jazz club. If you can Airplay/cast/mirror to a smart TV with decent sound, you might forget you’re streaming. Saturday at 6 p.m. CST, Sunday at 1 p.m. CST. Tickets are $7. Coming up July 4 and 5: Joe Lovano Trio Fascination.

Starts Sunday, June 28, at 11 a.m. from MSP Film Society: Free 24-hour streaming of “Women in Blue.” Director Dierdre Fishel’s film about the inner workings of the Minneapolis Police Department, especially the lives of women officers, starts out as if it’s going to be a profile of former Police Chief Janeé Harteau, then takes a sudden turn after Justine Damond is killed by a police officer. But it’s still a fascinating look at the department and what it’s like to work there if you’re a woman. On Monday, June 29,  at 7 p.m., Craig Laurence Rice will moderate a conversation with the director, Minneapolis City Council member Alondra Cano, civil rights attorney and activist Nekima Levy Armstrong, and former Minneapolis City Council member Ralph Remington. FMI and tickets/registration.

Now from National Theatre at Home: “A Midsummer Night’s Dream.” Gwendoline Christie (“Game of Thrones”) is Titania, Oliver Chris (“Green Wing”) is Oberon, and David Moorst (“Allelujah!”) is Puck in the Bridge Theatre’s production of Shakespeare’s most famous romantic comedy. National Theatre at Home is a program of National Theatre Live, who are pros at filming live productions for broadcast in movie theaters. (Locally, in non-pandemic times, these are broadcast at the MSP Film Society’s St. Anthony Main Theatre and the Edina Cinema.) Stream anytime on National Theatre Live’s YouTube channel starting tonight (Thursday, June 25) at 7  through July 2. Free. Here’s the trailer.

More layoffs, this time at the Walker; Jazz Central Studios to host ‘Streamfest’