Jonathan Slaght, author of “Owls of the Eastern Ice: A Quest to Find and Save the World’s Largest Owl” was surprised to see his name on the National Book Awards 2020 Longlist for Nonfiction when it came out last Thursday. “This was so far off my radar that when they told me, I had to look it up,” he said in an email.

“Owls” is Slaght’s first book as an author. His first translation, “Across the Ussuri Kray,” a book of travel writing by Russian explorer Vladimir Arsenyev, came out in 2016.

About “Owls,” the National Book Foundation wrote, “Jonathan C. Slaght brings science writing to this year’s longlist. Traversing Russian landscapes to study the elusive and endangered Blakiston’s fish owl, Slaght provides a rare glimpse into the everyday life of a field science and argues the necessity of conservation efforts.”

The shortlists of finalists will be announced on Oct. 6. An event featuring readings from all 25 finalists’ books will be held Tuesday, Nov. 10. The winners will be named at a ceremony on Nov. 18, which will be virtual because of the pandemic.

Theatre Pro Rata announced in June that it would present three productions in its 2020-21 season – all written by women, directed by women and featuring predominantly female casts and crews.

The first was to have been Caryl Churchill’s Obie-winning “Top Girls” in November. Set in the early Thatcher years, it looks at what it takes for women to succeed. In 2014, the London Daily Telegraph ranked it among the 15 greatest plays ever written. Earlier Twin Cities productions include Frank Theatre’s in 1990, directed by Wendy Knox, and the Guthrie Lab’s in 2003, directed by Casey Stangl. Pro Rata’s production would have been in-person and indoors, following COVID protocols.

On Monday, Pro Rata postponed “Top Girls” until fall 2021. Artistic Director Carin Bratlie Wethern wrote in an email: “This summer we were watching the metrics to see what would happen after the Mask Mandate went into place. Unfortunately MN is only wearing masks at 30%, which has resulted in only a plateauing of new cases rather than a decrease. We have also been watching to see what happens with school back in session, and are disheartened to see cases on the rise on college campuses, and MN is beginning to see an increase in cases following the Labor Day weekend, rather than the decreases we had hoped for. … It’s simply not safe yet to gather indoors for non-essential reasons.”

Over the weekend, the Star Tribune included “Top Girls” in its “ten must-see arts and entertainment events in Minnesota this fall.” And now there are nine.

This is the time of year when pottery fans usually jump in their cars and head for the St. Croix Valley and western Wisconsin, looking at leaves along the way. Potters invite guests, open their studios and hang around in the crisp fall air, talking pots and selling them.

When the spring 2020 sales were interrupted by COVID, including the 28th Annual 2020 St. Croix Valley Pottery Tour, most moved online, and so did customers. Nothing matches the in-person experience of wandering among tables filled with pots and talking face-to-face with their makers, but a beautifully photographed plate, mug or bowl can be compelling. The spring sales were successful and many potters have returned for fall. Hundreds of new pots will appear on each website at 10 a.m. on opening day

These are the sales we know about that will happen this weekend and next. Click on the links to go to the web shops. Some are offering virtual tours and conversations.

Northern Minnesota and St. Paul potter Trebs is trying something different for his fall sale: primarily plates. While a mug or a bowl can launch a pottery collection, a set of plates – as few as two, as many as 12 – is a game-changer. Trebs’ plates showcase food beautifully and are hefty in the hand. A selection of other pots will also be available. Here’s the web shop.

V Today (Tuesday, Sept. 22) online: Westminster Town Hall Forum: Victoria Sweet. The Forum launches an all-virtual 40th season with the author of “Slow Medicine: The Way to Healing,” in which the associate clinical professor of medicine at UC San Francisco – who is also a prize-winning historian – explores medicine as both an art and a science. Sweet will be interviewed by Cathy Wurzer. View on the website or the Facebook page or listen on MPR News (91.1 in the Twin Cities).

V Tonight (Tuesday, Sept. 22) on Zoom: Talking Volumes: Claudia Rankine. The bestselling author of “Citizen: An American Lyric” and writer of “The White Card,” Penumbra’s last play before COVID closed the theater, will speak with MPR’s Kerri Miller about her latest, “Just Us: An American Conversation.” The prerecorded interview with Miller will be followed by a live interactive panel discussion moderated by the Star Tribune. FMI and tickets (pay-what-you-can, free to $20). 7 p.m. 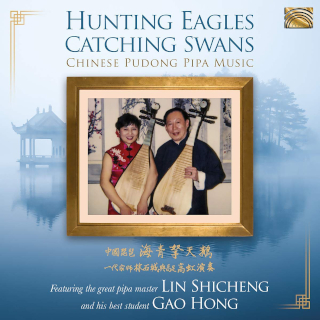 V Thursday (Sept. 24) on Zoom: The Smithsonian’s National Museum of Asian Art presents Gao Hong, pipa, with Jan Stuart. Stuart is the curator of Chinese art at the Freer and Sackler galleries in Washington, D.C. Hong is a master of the pipa, the pear-shaped Chinese lute, and a member of the music faculty at Carleton College. On Thursday, the Smithsonian will present a prerecorded video of Gao performing alongside works of Chinese art. Following the performance, Gao will take part in a live Q&A via Zoom. 5 p.m. CST. Free. Register here. One day earlier, on Wednesday, Sept. 23, the British label ARC Music will release Gao’s latest album, “Hunting Eagles, Catching Swans” a re-release of a recording she made with her teacher, Lin Shicheng, in Minneapolis in 1996, when they toured the U.S. together. Gao calls the recording “the biggest honor of my 49-year career. … Often referred to as the Ravi Shankar of the pipa, Lin was teacher to the majority of prominent pipa players in the world today. I was the only student other than his son to tour and record with him.” The re-release includes a never-before-heard rendition of the famous Chinese song “Moonlight Over the Spring River,” arranged by Lin, which Gao discovered during the COVID lockdown. It’s an album of dazzling fingerwork and rare virtuosity.

L Thursday and Saturday (Sept. 24 and 26) at CHS Field: Minnesota Opera: “Opera in the Outfield.” Forced by COVID to cancel its 2020-21 season, the Minnesota Opera rebounded with a series of events: its 2016 production of “Das Rheingold” in 3D, the first-ever streaming of its 2011 production of “Wuthering Heights” (with music by Bernard Herrmann), and this: an outdoor event at CHS Field, with a specially created video on the giant videoboard. The video will include much original content – a performance by the Steeles, performances by the opera’s orchestra and resident artists, words from Minnesota Opera leaders, “video design magic” from David Murakami (“Das Rheingold,” “Elektra,” “Flight”), plus excerpts from “Blue,” a contemporary opera about racial injustice; “The Fix,” Minnesota Opera’s baseball opera; Scott Joplin’s “Treemonisha,” celebrating African American music and culture; and favorites including “Carmen” and “The Marriage of Figaro.” Yes, the concessions will be open – cashless, please. 7:30 p.m. both nights. About 75 min., no intermission. FMI and tickets ($10-15). Can’t be there in person? Stream it starting Sept. 27. FMI and tickets (pay-what-you-want starting at $15).

V Starts Friday (Sept. 25) at MSP Film Society’s Virtual Cinema: “Oliver Sacks: His Own Life.” Ric Burns’ new film explores the life and work of the legendary neurologist and storyteller, author of “Awakenings,” “The Man Who Mistook His Wife for a Hat” and “Musicophilia,” among others. It features exclusive interviews with Sacks conducted just weeks after he received a terminal diagnosis and months prior to his death in August 2015, plus many personal interviews with family members, colleagues, patients and close friends – including Bill Hayes, the man with whom Sacks fell in love at age 75. FMI including trailer and tickets ($12).