After more than 40 years in downtown Minneapolis, most in the Hennepin Center for the Arts, now part of the Cowles Center, Illusion Theater is moving south — not that far south, but out of the city’s core. The theater founded in 1974 by Bonnie Morris and Michael Robins will be an anchor partner with the Center for Performing Arts (CFPA) at 38th and Pleasant in the Kingfield neighborhood.

CFPA, an arts center in a former convent, is undergoing an expansion that will double its size and add two new flexible performance spaces. While plans for the 20,000-square-foot addition have been in the works for years, modifications were made when COVID came. The windows will be operable and the air purification system will be state-of-the-art.

This will be the first space Illusion has moved into that won’t require buildouts or major renovations.

“That’s still kind of a shock,” Robins said Tuesday in conversation. “We’ve been working with [CFPA founder and Executive Director] Jackie Hayes and her team. We spent months developing this before we made it public. It’s been a really good process to figure out how to make best use of two multi-use theater spaces.”

Overhead will be less than at the Cowles, so Illusion can devote more resources to compensating artists and expanding its education program. CFPA staff will book and manage the facility, freeing Illusion to focus more on its mission: creating new work that catalyzes change on stage and in the classroom and community.

“We wanted more flexibility,” Robins said. “We run the space [in the Cowles] 24/7, so when we’re not producing, we have to work to fill it, make it available to other people and try to rent it. Now we’ll have first priority of use in the new space when we need it, and we won’t have to manage who’s renting it, how many nights is it dark, and all of those aspects.”

What about parking, which can be a pain downtown? “There’s off-street parking. There are two schools across two different streets, and we’re able to use their parking lots for audience patrons in the evenings.”

We had to ask: Is Illusion leaving downtown out of concern for rising crime?

“No. We’ve always been downtown. It has always been an up-and-down issue over all these years. It doesn’t help that Hennepin Ave. is closed for three more years because of construction, but our decision wasn’t so much about downtown as it was about flexibility and right-sizing space.

“Also, the new building will be upgraded in terms of technology. All the new technologies available to theater will be there, as well as the ability to livestream and do remote things. Post-COVID, a lot of things we have been forced to do and are jumping into to work creatively are going to stay. And it’ll be great to be in a space that’s part of the conception right from the beginning.

“When we did ‘Five Minutes of Heaven’ [in September], we were able to collaborate with people in Northern Ireland and actors in England on a play about the Irish Troubles. We had a much broader outreach for the play and a lively discussion after that we could not have done before. I think there are going to be more collaborations that will happen across boundaries in a way that will be good for the art form.”

Robins hopes the Illusion will be in its new office space at CFPA in May or June. Performances might have to wait until a year from now or early 2022. Meanwhile, Robins wishes he could give the old space a proper goodbye.

“There are memories of so many people’s presence around there. Ghosts that permeate all the work that has happened there. In a normal world, we would be able to have a weekend celebration of coming and going and remembering. We’re going to try to figure out some way to capture that, probably sometime in January, but I’m not quite sure what that will be.”

The BBC’s new six-part miniseries, “A Suitable Boy,” made its North American debut on Tuesday on Acorn TV. Here are six reasons to reach for the remote::

If you paused at 5 and thought “Hey, not so fast, Andrew Davies is an old white Welsh guy,” it might help to know that Seth chose him for the job. Davies is the reigning master of turning unwieldy novels into TV series. And Nair made sure that “A Suitable Boy” covered politics as well as romance.

So while this series has been described as “enjoyable but old-fashioned,” it’s worth watching for its scope, ambition, and sheer eye-popping splendor. We saw the first two episodes. There are a lot of characters to keep straight, and plot lines, and it’s sometimes soapy, and it’s weird to see all Indian actors obviously in India speaking mostly English, with occasional detours into Urdu and Hindu. (Why not just subtitle the whole thing? Because Americans don’t like subtitles.) But we’ll definitely watch it through to the end, and probably be sad when it’s over.

If you don’t have Acorn TV, you can sign up for a 7-day free trial, catch the first few episodes (the rest will stream on Mondays from now through Jan. 4), then decide if it’s worth $5.99/month to you. One of two Anglophile streaming services (BritBox is the other), Acorn TV is television made for viewers in Ireland and the UK, Australia, New Zealand and Canada. In other words, it’s made for a foreign audience, except most of it is in English, so you don’t have to sweat the subtitles (although, pro tip, subtitles actually make TV watching easier). So it’s different in a lot of ways. (Think British Arrows vs. American commercials.) To get an idea of what’s available now, see a current “Best Shows on Acorn TV” article – for example, this one on Paste.

V Tonight (Wednesday, Dec. 9) at 7 p.m.: Minneapolis Parks Foundation: Next Generation of Parks Series: A “Wild and Rare” Talk. With winter about to close in (you know it will happen sooner or later), Adam Regn Arvidson, author of “Wild and Rare: Tracking Endangered Species in the Upper Midwest,” will take us on a tour of plant, animal, and human characters in our unique natural world and explore how we’re all connected. Free, with registration required. The Next Generation of Parks will return in February as part of the Great Northern and in April with “The Sioux Chef” Sean Sherman. 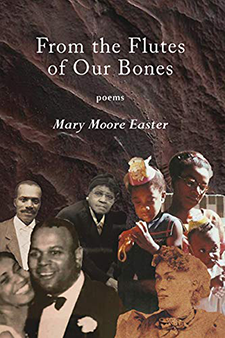 V Thursday, Dec. 10, at 7 p.m.: Twin Cities Jazz Festival: “A Copasetic Christmas Carol.” The virtual edition of a years-long holiday tradition, first performed at the Dakota in 2003. An original jazz adaptation of Charles Dickens’ “A Christmas Carol,” with music by Doug Haining, lyrics by Charmin Michelle and Haining, and narration penned by Maryann Sullivan, will be performed by the Twin Cities Seven and special guest Ben Sidran as the Hep Cat Narrator. Free, with registration required.

V Friday, Dec. 11, at 8 p.m.: National Lutheran Choir: “The Incarnation for the Healing of the World.” In a non-pandemic year, the 60-member National Lutheran Choir, led by David Cherwien, would fill the Basilica of St. Mary four times over a December weekend. This year they’ll come to us in a virtual concert that includes new performances by socially distanced NLC singers, filmed in the Basilica; selections from five years of livestreamed programs; and music from around the world celebrating Christ’s birth. Free on the choir’s website.

Illusion Theater will have a new home; ‘A Suitable Boy’ starts streaming in the U.S.