Icehouse, the popular Eat Street restaurant and music club, has released its first album, but not its last. The name “Icehouse Live Series: Volume I” props open the door. Each track – there are 18 – was drawn from the recording of a different live show.

Icehouse has featured live music almost every night since it opened in June 2012. Early on, the sound engineers formed the habit of pushing the “record” button. Icehouse also had live music for dinner shows and brunches. Many of those were recorded, too.

How many live shows have taken place at Icehouse? When asked, owner Brian Liebeck laughed. “Oh, god! A lot. Three to four hundred per year?” Multiply that by almost eight years and you’re into four digits. 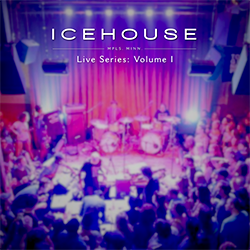 How to choose 18 tracks from thousands of shows? Liebeck left that up to sound engineer Ryan Mach, who has worked at Icehouse from the start. Mach had help from fellow sound engineer Alex Proctor and drummer JT Bates, who booked the Monday-night Jazz Implosion shows for years. “I didn’t have much input,” Liebeck said, “which was the fun part. It was like opening a Christmas gift when it came out.”

It’s hoped that “Volume I” will raise money for the club. All the artists donated their tracks. Like restaurants and clubs everywhere, Icehouse closed to COVID in March. From June through November, it held concerts on its large outdoor courtyard. These were heaven for the live-music-starved, but they were also socially distanced, which meant fewer tables. On Monday, per Gov. Tim Walz’s latest easing of restrictions, restaurants and bars can reopen at 50% capacity. But what if that ends up being too soon?

The new album isn’t only about the money. With a motherlode of multitrack recordings on bunches of hard drives (“dang near everything,” Liebeck said, “short of anything where we had a technical issue, or some of those brunch and dinner shows”), Liebeck and Mach had been talking long before COVID about a series project. “Like we should definitely release something at some point, and do some volumes of shows, but we never really had time to do it,” Liebeck said. “Then, during the summer, we were like, ‘We should revisit that.’”

He’s happy with the results. “I think we did a good job of representing the overall local music scene. It’s a pretty dang good mix of what’s happened in town in the last seven or eight years. We had a good sampling to pull from.”

In fact, “Volume I” is a calling card for the Icehouse aesthetic: big-eared, open-minded, wide open, well played. Pre-COVID, if you happened to be in the neighborhood and decided to drop in, you might hear almost anything: rock, hip hop, Americana, folk-rock, singer-songwriter, jazz, modern soul, instrumental prog-doom metal. That’s what the album brings.

It’s also a really good selection by artists and bands including PaviElle, Erik Koskinen, David Huckfelt, Greg Grease, Her Crooked Heart, Lady Midnight, Marijuana Deathsquads, the Cloak Ox, Halloween, Alaska. There’s a longish track by the iconic jazz trio Fat Kid Wednesdays, and a six-minute jam by JT Bates and Martin Dosh called “Scarface at the Louvre.” Each track is from a different show, the earliest by Halloween, Alaska (Nov. 25, 2014) and the latest by Bates and Dosh (Oct. 21, 2019).

The sound throughout is excellent. Crank it without fear.

“Volume I” is available only on Bandcamp. You can stream and download it (or send it as a gift) for whatever you want to pay, starting at $10.

Liebeck is already thinking ahead to “Volume II” and beyond. “There are some amazing shows from early on,” he said. “Like Ryan said, we’re barely scratching the surface. It’s exciting to see where this could go. We’ve talked about how once everybody gets busy again, how are we going to stay on top of it? But I think getting started was half the battle. I would love to be able to keep it going and release at least half a dozen per year.”

If you have a favorite Icehouse show you’d like to see included, send a note to music@icehousempls.com.

Liebeck also has plans for livestreams, and streaming shows recorded at Icehouse, which will soon have its own YouTube channel. Two shows have already been recorded: one with Dosh, bassist Anthony Cox and young saxophonist Sophie Kickhofel, the other with bassist Chris Bates, drummer George Marich and pianist Joe Strachan.

Above all, he wants to bring live music back to Icehouse. “In November, we had the rooms distanced enough with the seating, we have such high ceilings, and the HVAC was moving the air enough that we felt comfortable doing it. We’re going to put some Plexiglas up between the audience and the stage.

“Live music is one of the main things that draws people in here. We have to try to make that happen as soon as we can.”

V Available now for streaming: Walking Shadow Theatre Company: “The Legend of Sleepy Hollow.” Walking Shadow has released a newly edited version of its well-reviewed 2013 production based on the story by Washington Irving. Written by Walking Shadow’s John Heimbuch, with Ryan Lear as Ichabod Crane, Joanna Harmon as Katrina Van Tassel and Brant Miller as Brom Bones, it’s highly physical, often funny and sometimes scary. (A little too scary for young audiences.) FMI and tickets (choose-your-price starting at $10). On demand through Jan. 31. Tired of streaming by your lonesome? There’s a YouTube watch party this Friday, Jan. 8, at 7:30 p.m. 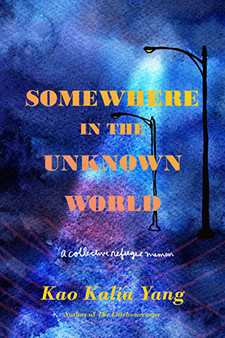 V Tonight (Thursday, Jan. 7), 7 p.m.: East Side Freedom Library: History Revealed: Kao Kalia Yang and “Somewhere in the Unknown World.” In her latest book, award-winning Hmong American writer Yang retells 15 oral interviews with refugees who have made their new homes in Minneapolis. Most book events are the author reading, the author lecturing, or the author speaking with one other person. This one is different. Before opening the virtual floor for questions and comments, Yang will be joined in conversation by four readers of her book: award-winning Lao American poet and playwright Saymoukda Duanphouxay Vongsay; Myanmar-based writer, educator and activist Thet-Htar Thet; Tibetan refugee, community organizer and labor organizer Sangay Taythi; and Ethiopian refugee and fourth-year medical student Najaha Musse. Free on Zoom (register here) or ESFL’s Facebook page.

V Starts Friday, Jan. 8, in MSP Film’s Virtual cinema: “The Reason I Jump.” At age 13, Naoki Higashida wrote a book about his experience as a nonspeaking autistic child. Translated into English by novelist David Mitchell (“Cloud Atlas”), it became a worldwide bestseller. Winner of an audience award at the 2020 Sundance Film Festival, Jerry Rothwell’s documentary blends the insights of Higashida’s writing with the stories of five nonspeaking autistics, giving voice to their challenges and opening a window into their unique, often beautiful sensory worlds. FMI and tickets ($12/9). Through Jan. 21.

V Sunday and Monday, Jan. 10 and 11, 7 p.m.: Star Tribune Presents “Behind the Lens: 2020 Photos of the Year.” Two nights of images, stories and live conversations with Star Tribune photojournalists. On Sunday, Dave Joles and Richard Tsong-Taatarii will discuss the Strib’s coverage of COVID and the unrest following the killing of George Floyd. A live Q&A hosted by Kyndell Harkness, assistant managing editor for diversity and community, will follow. Monday will feature presentations by Leila Navidi (portraits), Alex Kormann (Duluth bureau) and Glen Stubbe (politics) and a copy of the “Photos of the Year” magazine, with nearly 100 pages of photos. FMI and tickets ($10 Sunday only; $18 for Sunday, Monday, and magazine).