Forecast Public Art, a nonprofit based in St. Paul that works both locally and nationally, has announced $86,000 in grants to public artists in Minnesota and a new focus on justice in public art.

In a statement titled “Deepening our commitment to be part of the change,” Executive Director Theresa Sweetland referenced the events of Jan. 6, then wrote, “We need artists now, more than ever. As an artist, the act of creation is a constant and evolving reimagining and it is that radical imagining that will bring about justice and rediscover joy.”

Fifteen artists will receive early- and mid-career grants ranging from $2,500 to $10,000. The grants will support independent projects, leadership and professional development, risk-taking, multidisciplinary approaches, and collaborative problem solving in the field of public art.

The projects will include a large public mural on a prominent Lake Street Latinx business; three murals in Frogtown created with formerly homeless Native youth; a gallery exhibition and community event showcasing Indigenous graffiti and street artists at Indigenous Roots Cultural Center in St. Paul; a large ceramic sculpture at Silverwood Park in St. Anthony, Minn.; lawn signs and original prints for Minneapolis homeowners who have erased their homes’ racial covenants; a new play and accompanying exhibit about Southeast Asian Americans who identify as “motherland orphans”; and a collection of stories from elder Somali women.

With an anonymous gift of $25,000, Forecast has launched its new Change Lab, whose job it will be to look critically at public art policies, funding and processes across the country with the goal of making them more fair, just and equitable for BIPOC artists and communities. Applications are open now for the first Change Lab Research Fellow, who will focus on racial justice in public art.

While the Cedar Cultural Center remains closed – this is an organization that normally presents more than 200 shows a year – its support for artists has continued.

In August, the venerable West Bank nonprofit announced the recipients of the tenth annual round of Cedar Commissions, funded by the Jerome Foundation. Six Minnesota-based emerging composers and musicians each received $4,500 to create and perform over 30 minutes of new music. The performances will be recorded live on the Cedar’s stage and available virtually from March 5-7, with two artists each night.

AJ Isaacson-Zvidzwa’s song cycle, “Angels Sang to Me,” which will feature soprano Maria Jette and a string quartet, uses poems and writings to reveal her own experiences with mental illness. In “Empathy Room,” Farrington Llewellyn draws on music, digital art and performance to de-stigmatize mental illness. Portugal-born Beatriz Correia Lima’s “Trebaruna” tells the story of a Portuguese mother and daughter whose lives are changed by economic crisis and divorce. Tearra Oso’s “Griot Del Rio” is a healing experience in English and Spanish. In “Songs for My Ummah: A Black Muslim Father’s Exploration in Vulnerability,” Hassan Shahid blends acoustic guitar melodies and stories to map a journey toward unity across Black communities in the Twin Cities. In “No Word for Queer,” Schoua Na Yang, also known as S U N A H, searches for language to humanize Hmong LGBTQ+ folx. There are no positive labels or descriptions for them in the Hmong language.

Performances will begin at 7:30 each night. Tickets will be available at the Cedar’s website.

V Tonight (Wednesday, Jan. 13) at 7 p.m.: Playwrights’ Center: Dipika Guha, “Getting There.” The Ruth Easton New Play Series, now in its 16th year, continues with a reading of a play about five women who encounter each other in Paris and how those encounters change each of their lives. Directed by Pirronne Yousefzadeh, with Stephanie Bertumen, Leila Buck, Lily Tung Crystal, Mia Katigbak and Meghan Kreidler. Of all the plays developed through the Ruth Easton series, over half have gone on to full productions. Free, with registration required. V Today (Wednesday, Jan. 13) all day: MSP Film: “MLK/FBI.” As part of its “We the People: Required Watching” series, the Film Society is making Sam Pollard’s new documentary available to watch for free. A detailed account of the FBI surveillance that dogged King’s activism throughout the 1950s and ’60s, it includes revelatory restored footage of King. At 7 p.m., MSP Film programmer Craig Laurence Rice will hold a live conversation with Pollard. FMI including trailer and registration. Please note that capacity is limited. 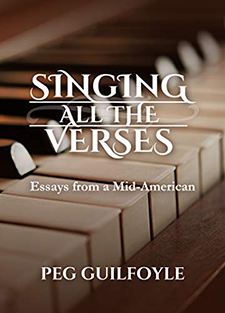 V Tonight (Wednesday, Jan. 13) at 7 p.m.: Subtext Books: Peg Guilfoyle, “Singing All the Verses: Essays from a Mid-American,” in conversation with Sally Wingert. Guilfoyle, long active in the arts in Minnesota (at the Guthrie, the Ordway, the U of M’s Department of Theatre Arts and Dance, Mixed Blood and more), is the author of “The Guthrie Theater: Images, History and Inside Stories”; Wingert has made her career in Twin Cities theaters. “Singing All the Verses” collects short pieces Guilfoyle has written over the years, along with brand-new work. Free, with registration required.

V Thursday, Jan. 14, at 5:30 p.m.: Magers & Quinn: Rain Taxi presents Toi Derricotte and Dawn Lundy Martin chapbook launch. Derricotte is a poet, PEN/Voelcker Award winner and co-founder with Cornelius Eady of Cave Canem. Martin is an award-winning poet, essayist, activist and director of the Center for African American Poetry and Poetics at the University of Pittsburgh. Their new chapbook is titled “A Bruise is a Figure of Remembrance.” Free, with registration required.

V Saturday, Jan. 16, 8 p.m.: The SPCO: Jeremy Denk Plays Beethoven’s Fourth Piano Concerto. Want to know more about Beethoven? This new broadcast pairs two SPCO artistic partners in a program that combines performances of music by Beethoven with a 15-minute discussion. It begins with a conductorless performance by the SPCO of Beethoven’s “Coriolan” overture from March 2019, continues with comments by Rob Kapilow, the SPCO’s newest artistic partner, and concludes with an outstanding performance of Beethoven’s Fourth Piano Concerto by Jeremy Denk (artistic partner since 2014) from March 2017. Free at the SPCO’s Concert Library. Also Thursday, Jan. 21, at 6:30 p.m.

Support for artists from Forecast Public Art and the Cedar; free screening of ‘MLK/FBI’