Between now and next Tuesday (Feb. 23), an abundance of book and author events will take place, all virtual and most free. Rain Taxi Review of Books, which just received a $10,000 NEA grant to keep on doing what it does so well – help readers discover new works of literary merit – will present three of them. Looking ahead into March, the Star Tribune and MPR have announced a special Talking Volumes series, Talking Volumes: Talking Race, to begin as the trial of Derek Chauvin, charged with killing George Floyd, gets under way. 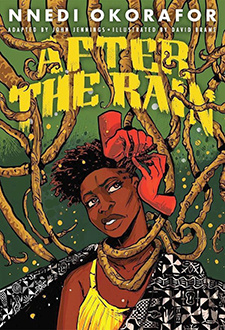 Tonight (Tuesday, Feb. 16), 5:30 p.m.: Rain Taxi: John Jennings and David Brame, “After the Rain.” Rain Taxi has long supported graphic novels and their creators. For “After the Rain,” writer Jennings and illustrator Brame have adapted “On the Road,” a short story by Hugo- and Nebula-winning Nigerian American author Nnedi Okorafor. Their book is the debut title from MEGASCOPE, a new line of graphic novels from Abrams ComicArts that will showcase speculative works by and about people of color. Free with registration.

Tonight (Tuesday, Feb. 16), 7 p.m.: Next Chapter Booksellers: Janet Graber, “The Sting of Love.” A McKnight Artist Fellow and Minnesota Book Award finalist, Graber lives in Minnesota but was born in Northern England in the middle of World War II. Her first novel for adults is a story of wartime love and family secrets past and present. Free with registration.

Wednesday, Feb. 17, 7 p.m.: The Friends of the Saint Paul Public Library: Fireside Reading Series: Margi Preus, “Village of Scoundrels.” Minnesota writer Preus is the author of “Heart of a Samurai,” a Newbery Honor Book and New York Times bestseller. Her latest is based on the true story of the French villagers in World War II who saved thousands of Jews. Preus will welcome special guest Nelly Trocmé Hewitt, whose parents took part in the rescue and sheltering effort and who served as a resource and inspiration for Preus. Free with registration.

Thursday, Feb. 18, 5:30 p.m.: Rain Taxi: André Gregory, “This Is Not My Memoir.” Perhaps best known for playing himself in Louis Malle’s cult film “My Dinner With André” (opposite Wallace Shawn – note to self: revisit that film!), Gregory, now 86, is also a theater director, visual artist, and writer. He’ll be in conversation with Christina Baldwin about what he claims is not his memoir, along with other things. It’s impossible to imagine anything with more potential to charm and delight. Free with registration.

Thursday, Feb. 18, 7 p.m.: Magers & Quinn: “Best Women’s Travel Writing, Volume 12: True Stories From Around the World.” Sales of travel plummeted in 2020, because nobody went anywhere. And it will be a minute before most of us travel again. But we can dream, and we can follow along as others travel, living vicariously through them. Books like this are a great way to do that. This event will feature editor Lavinia Spalding and writers Colette Hannahan, Mathangi Subramanian and Anna Vodicka. No registration needed; watch on Facebook or YouTube. 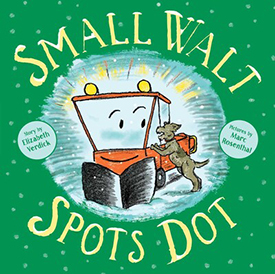 Tuesday, Feb. 23, 5:30 p.m.: Rain Taxi: Victor L. Wooten, “The Spirit of Music: The Lesson Continues.” Rain Taxi concludes its astonishing trifecta of events with five-time Grammy-winning bass player Wooten, a founding member of Béla Fleck and the Flecktones and author of several books. “The Spirit of Music” is the follow-up to his best seller “The Music Lesson: A Spiritual Search for Growth Through Music” (2008). Wooten will be in conversation with fellow bass player and The Current radio host Sean McPherson, aka Twinkie Jiggles (Heiruspecs, Dessa). Free with registration.

Tuesday, Feb. 23, 7 p.m.: Magers & Quinn: Tim Brady, “Three Ordinary Girls: The Remarkable Story of Three Dutch Teenagers Who Became Spies, Saboteurs, Nazi Assassins – and WWII Heroes.” The subtitle sums it up nicely. Brady, the St. Paul-based author of several acclaimed works of nonfiction and history, will be in conversation with another local writer of history, Jack El-Hai. Register here ($5; includes access to the event plus a $5 off code for use in the web store).

On Tuesday, March 16, N. Scott Momaday will discuss his latest book, “Earth Keeper: Reflections on the American Land.” A member of the Kiowa tribe, Momaday is one of the most distinguished voices in American letters. His many awards include the Pulitzer Prize, a National Medal of Arts and the Dayton Literary Peace Prize.

The final event in the series take place Tuesday, March 30, with Naima Coster and “What’s Mine and Yours,” a multigenerational novel about family and identity set in North Carolina, Atlanta, Los Angeles and Paris. Coster is the author of “Halsey Street,” a finalist for the Kirkus Prize for Fiction, and was named in 2020 to the National Book Foundation’s “5 Under 35.”

All Talking Volumes: Talking Race events will be hosted by MPR’s Kerri Miller except Chang-rae Lee, when Brandt Williams will step in. The panel discussions will be moderated by the Star Tribune. All start at 7 p.m. and are pay-what-you-want, from free to $20. FMI and tickets in the links above.

An abundance of book and author events, all virtual, most free