What are you watching? Seen anything good lately? These questions come up in almost every non-work-related Zoom and phone conversation. Even as movie theaters reopen, many people don’t feel safe going out or gathering indoors with a bunch of strangers. So we’re watching more movies at home.

We write the occasional movie review and will keep doing that (occasionally), but we thought it might be helpful to briefly note films we really, really like but might not get around to reviewing more fully. Because streaming services don’t make it easy to find things. And after you watch “Iron Man 2,” you can never get that time back.

We’ll start here with a few, then move this to the picks in the future.

“Hunt for the Wilderpeople.” Thanks to poet Bao Phi, who recommended this on Facebook. Directed by Taika Waititi (“JoJo Rabbit,” “The Mandalorian,” “Thor: Ragnarok”), filmed in the New Zealand bush, it’s the story of a troubled but brilliant foster kid (Mäori actor Julian Dennison) and his grumpy foster dad, Sam Neill (did you know Neill is a Kiwi?), on the run from authorities. It’s been called an “adventure comedy-drama” and that covers the bases. It’s hilarious and endearing, with incredible scenery, and watching it made us happy, except for one scene. On Netflix.

“The Intouchables.” People are raving about the crime caper series “Lupin,” which we haven’t seen yet but will because it has the same lead as “The Intouchables”: the charismatic French actor Omar Sy. Based on a true story, “The Intouchables” is a buddy film about a white quadriplegic millionaire and his immigrant Black ex-con caregiver. It won dozens of awards and was a huge hit in France. On Netflix.

“The White Tiger.” Adapted from the 2008 Man Booker Prize-winning novel by Aravind Adiga, Ramin Bahrani’s film follows the tooth-and-claw climb of low-born Balram (Adarsh Gourav) out of a life of poverty and servitude into one of wealth and success. Gourav’s transformation from fawning servant to ruthless entrepeneur is riveting to watch. It’s like a series of lightbulbs switching on above his head, each bringing new insight and awareness of what he can and must do, and why. On Netflix.

“Long Way North” and “The Physics of Sorrow.” The first is a feature, the second a short in Animation First 2021, a festival of French animation (with English subtitles). “Long Way North” was Rémi Chayé’s first hand-drawn feature, and it’s beautiful to watch. It follows a 14-year-old Russian girl named Sacha as she goes in search of her lost grandfather, a polar explorer, in the late 1800s. Much of it is set on a ship, and there’s lots of hand-drawn flying snow. Theodore Ushev’s “Physics of Sorrow” is the first animated film made entirely with the encaustic painting technique – hot wax mixed with color pigments. Just 27 minutes long, it includes more than 15,000 images, all hand-painted by Ushev. Based on the novel by Bulgarian author Georgi Gospodinov, featuring the voice of Rossif Sutherland (son of Donald, half-brother of Kiefer), it’s genuinely mind-blowing. Nearly everything in Animation First is on demand through Feb. 15, and you can see it all with a festival pass – a bargain at $20.

Sheila Smith, the outgoing executive director of Minnesota Citizens for the Arts (MCA), is looking forward to her final Arts Advocacy Day. Only this year, because COVID, it’s Arts Action Week. And it’s coming up quickly. Tuesday, Feb. 16, is the kick-off, with a virtual opening rally scheduled for 8:30 a.m.

“The clock is ticking,” Smith said by phone on Monday. “People need to register ASAP. We want to make sure they have an opportunity to talk to their legislators about the importance of the arts in their communities.” This year’s talks will take place over Zoom.

Plans are in place for the best time all year for Minnesotans to speak up for the arts.

“We have secured video hellos for the rally from a number of high-level Minnesota officials who support the arts, including the governor,” Smith said. “Some of our board members are filming a play acting out how to meet with your legislators. Maria Jette will be singing ‘America the Beautiful’ at the opening. That is the traditional opener for the rally, and Maria volunteered.

“We’re putting in a lot of effort to provide opportunities for constituents to be face-to-face, as much as they can be, via the Zoom calls. We hope that people will take advantage of this opportunity.

“The most important thing anybody can talk to a legislator about right now is how COVID has had such a negative impact on the community, and how the arts have rallied to connect with and serve the public despite the challenges. They need to emphasize why arts funding is so very important to help everybody get through this period.”

What will Smith be doing?

“I’ll be leading the rally and playing traffic cop on getting folks on screen. Orchestrating that. I’m going to do a 20-minute review of Creative Minnesota data and talk about COVID’s impact on the community, so people can be armed with a few facts and figures for their [Zoom] meetings later that week.

“On Friday afternoon, we’ll celebrate our finishing of Arts Action Week. That will also be a retirement party for me. I have no idea what the board is planning.”

Meanwhile, Smith suggests that venues “keep your eyes peeled on the Save Our Stages opportunity.” (The name has been changed to the Shuttered Venue Operators Grant.) “The Small Business Administration is in charge of it, so that’s where people need to keep watching. They’re supposed to give out more details on how that process will work. Those should come out shortly.”

V Tonight (Tuesday, Feb. 9), 6 p.m.: The Bakken Museum on Atlas Obscura. If you’re familiar with Atlas Obscura, the online magazine and travel company, New York Times bestselling book and daily email about things strange and fascinating (it’s where we learned about this summer’s coming cicada swarms, scream!), you’ll want to know what “Tales From the Museum” hosts Kylie Holloway and Zak Martellucci zeroed in on when they toured the Bakken’s collections. You’ll also hear from Adrian Fischer, the Bakken’s curator of exhibits and collections. FMI and tickets ($15). 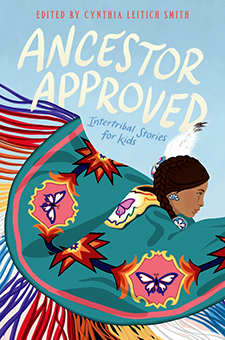 V Wednesday, Feb. 10, 7 p.m.: Heartdrum Launch Event. Birchbark Books has partnered with HarperCollins Publishers and others for an evening celebrating Heartdrum, a new Native-focused imprint. Led by New York Times bestselling author Cynthia Leitich Smith, Heartdrum specializes in books by Native and First Nations authors and illustrators, with a focus on contemporary life, Native children and teens as heroes. This event will feature Smith, Christine Day, Dawn Quigley and Brian Young and will be moderated by Ellen Oh, co-founder of We Need Diverse Books, who first approached Smith with the idea of starting a Native imprint at a publishing house. Buy a book and get an exclusive art print, while supplies last. 7 p.m. FMI. Free, with registration required.

V Wednesday, Feb. 10, 7 p.m.: Frankly Speaking Episode Six. Wendy Knox’s Frank Theatre was heading into the final weekend of Dana Gurira’s “The Convert” (in a very fine production) when COVID nixed the last three performances. There’s been no theater since, but Frank has not been silent. Since September, it has held a monthly series of lively and topical “Frankly Speaking” conversations with theater professionals. Listen in as Sonya Berlovitz, Joe Stanley, Wu Chen Khoo and Merritt Rodriguez discuss how they’ve been putting their skills to other uses during the pandemic and how they are surviving this challenging time for the arts. Stick around for the live Q&A after. On Facebook. Free.

V Wednesday, Feb. 10, 7 p.m.: Dakota: Jearlyn and Jevetta Steele: “A Time to Heal.” The two Steele sisters begin a three-part series, “Songs of Healing, Peace and Joy,” each performance streamed live from the Dakota stage. This week’s theme is Healing, next week’s (Feb. 17) is Peace, and the following week’s (Feb. 24) is Joy. Each will feature a unique set list. FMI and tickets ($15). V Thursday, Feb. 11, 12 noon: Schubert Club: Courtroom Concert: deVon Russell Gray. Composer-in-residence for the Schubert Club since Sept. 2019, Gray has spent most of that time unable to perform for a live audience. His Courtroom Concert will be a filmed performance of original works. You may know Gray as keyboardist for the rap/hip-hop band Heiruspecs and a member of Chastity Brown’s band. He’s also a classically trained composer, multi-instrumentalist, new-music performer, McKnight Composer Fellow and Jerome Hill Artist Fellow. Free on the Schubert Club’s website.