For some award ceremonies, winners are notified in advance so they can prepare their statements. In Minnesota, we like our winners to be surprised. These were the surprised (and delighted) winners of the 2021 Minnesota Book Awards, the 33rd annual, who were announced last night in a virtual ceremony emceed by readers from across the state.

For Children’s Literature, sponsored by Books for Africa: “Big Papa and the Time Machine” by Daniel Bernstrom, illustrated by Shane Evans (HarperCollins). A grandfather and grandson explore crucial moments in African American history. 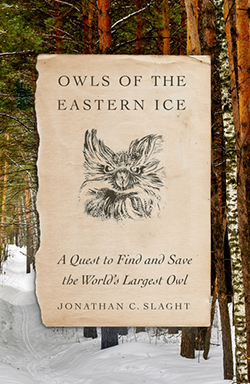 For General Nonfiction: “Owls of the Eastern Ice: A Quest to Find and Save the World’s Largest Owl” by Jonathan C. Slaght (Farrar, Straus and Giroux/Macmillan). A wildlife biologist’s page-turning tale of tracking, trapping, observing and working to protect an endangered species.

For Genre Fiction, sponsored by Macalester College: “The Deep, Deep Snow” by Brian Freeman (Blackstone Publishing). A psychological thriller by the New York Times bestselling author who was chosen to continue the Jason Bourne franchise. 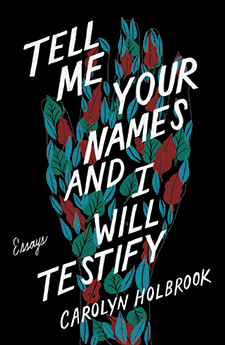 For Memoir and Creative Nonfiction, sponsored by Bradshaw Celebration of Life Centers: “Tell Me Your Names and I Will Testify: Essays” by Carolyn Holbrook (University of Minnesota Press). The 2010 Kay Sexton honoree tells the story of her life and lessons learned from those who went before.

For Middle Grade Literature, sponsored by Education Minnesota: “What if a Fish” by Anika Fajardo (Simon & Schuster). When a half-Colombian boy who has never left Minnesota spends a summer in Colombia, he feels like a fish out of water. 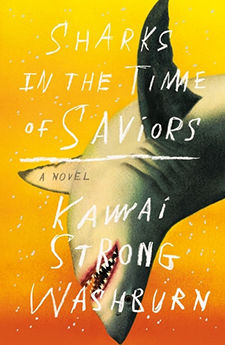 For Novel and Short Story, sponsored by College of Saint Benedict/Saint John’s University: “Sharks in the Time of Saviors: A Novel” by Kawai Strong Washburn (Farrar, Straus and Giroux/Macmillan). A Hawaiian family saga infused with trauma, tragedy and magical realism.

For Poetry, sponsored by Wellington Management, Inc.: “Homie: Poems” by Danez Smith (Graywolf Press). Smith’s latest collection is an ode to friendships, sprung from his search for joy and intimacy in a time and place where both are hard to find.

For Young Adult Literature, sponsored by United Educators Credit Union: “My Eyes Are Up Here” by Laura Zimmermann (Dutton Books for Young Readers/Penguin Random House). A high-school student finds her way out of her oversized sweatshirt and back into the real world. The author is a story-slam champion.

A total of 224 books were submitted for this year’s Minnesota Book Awards, all written by Minnesotans and first published in 2020. Just 36 were selected as finalists. Three of the nine winners were published by Minnesota presses. The winners were chosen by panels of judges from around the state. Submissions for next year’s awards – the 34th annual, and hopefully not virtual – will open in Aug. 2021. FMI.

The album release that took 30 years

In 1988, “The Phantom of the Opera” opened on Broadway. Philip Glass’ “The Fall of the House of Usher” premiered in Louisville. Bobby McFerrin had a hit with “Don’t Worry, Be Happy.” And three composers independently wrote new works of chamber music incorporating double bass: Peter Schickele, aka P.D.Q. Bach; Laura Karpman, who would go on to win four Emmy Awards; and Stanislaw Skrowaczewski, conductor laureate of the Minnesota Orchestra.

Written for violin, viola, cello, bass, oboe and pounding piano, Schickele’s “Serenade for Six” is wild and playful, lyrical and unpredictable. Karpman’s “Portrait of Jaco” is based on themes by the great bass guitarist Jaco Pastorius. In his “Fantasie per Sei,” Skrowaczewski wanted an “unorthodox string quartet” (his words), so he replaced a viola with the contrabass and added oboe and piano. He found the “many unusual sound combinations” he was seeking.

In 1990, William Schrickel, a double bassist with the Minnesota Orchestra, recorded all three new works with a group of friends from the orchestra. He gave them a tongue-in-cheek band name: William Schrickel’s Heavy Rescue. The name is part musician joke, part reference to heavy metal music, heavy rescue vehicles and band names from the 1970s and ’80s.

Over time, it took on another meaning: rescuing the music. These are the only recordings that exist of the Schickele and Karpman. The only other recording of the Skrowaczewski is on an Innova disc from 2002.

Schrickel recorded the pieces because he had played them and liked them, and there’s not a ton of chamber music written for double bass. At the time, he wasn’t aware they had all been written in the same year. “I only put it together after the fact that they were all written literally within a couple months of each other,” he said by phone on Thursday. That coincidence led to the name of an album, “Vintage ’88,” that came out later.

“William Schrickel’s Heavy Rescue: Vintage ’88” was released this month, April 2021, on Centaur Records. There won’t be an official release event, but it’s now available in places it needs to be: Apple Music, Amazon, Spotify, Pandora. If you have a CD player, you can order a physical copy from HB Direct or ArkivMusic. If you’re picky, you can buy a FLAC download from Presto.

“I tried the few connections that I had in the world of recordings,” Schrickel said. “Generally, people said, ‘Well, there’s not really a hook to sell it. There’s not an easy classification.’ I said, ‘It’s three pieces with double bass.’ And they said, ‘But they’re not all quintets. They’re not all quartets.’ And I said, ‘They’re three really good pieces.’

“Back in the ’90s, the idea of producing your own CD and selling on the internet hadn’t quite taken off. As time passed, I would try to pitch it to all sorts of people, and they all said, ‘It sounds really good, but we just don’t think there’s a market for it.’” More time passed. Schrickel was busy. In 2000, he became music director of the Metropolitan Symphony Orchestra.

Two years ago, Schrickel spoke with his friend Helen Chang, a member of the Minnesota Orchestra’s first violin section. “She had put out a fantastic CD on Centaur,” Schrickel said. “It sounded great. I asked how she made that happen.” Chang offered to put in a word. with Victor Sachse, Centaur’s president. When Schrickel followed up with a call, Sachse said, “Sounds great. Let’s do it. Send me the recordings.”

Schrickel already had everything ready to be mastered to CD. “So it was a combination of luck and friendship after this ridiculously long wait.”

Now he hopes that other musicians and orchestras will find the recordings. “These are three really great pieces, one of which I was part of commissioning.” (Schrickel was a founding member of the Minneapolis Artists Ensemble.) “Now my goal is when bass players see them, these pieces will get programmed in their recitals and chamber music concerts. People won’t dig for stuff if there isn’t an available recording. They just don’t do it. So now people will see, ‘Oh, here’s a sextet by Peter Schickele. Here’s a piece with bass that’s got Jaco Pastorius connections.’ That’s what I really want, because I believe in these composers and the music so much.

“This is the happy ending after all of these years.”

V Today (Friday, April 30): International Jazz Day 10th Anniversary All-Star Global Concert. Despite the pandemic, the world’s largest celebration of jazz will go on. Anyone anywhere can watch the free concert, hosted by Michael Douglas from U.N. headquarters in New York, that will stream live tonight. Dozens of world-renowned artists will perform including Herbie Hancock, Marcus Miller, Dee Dee Bridgewater, John McLaughlin, Jacob Collier and Angelique Kidjo, many from home. 4 p.m. CDT. A PBS special, “International Jazz Day 10,” a look back at the first 10 years, will air at 9 p.m. that night. You can watch it on TPT 2.

V Tonight (Friday, April 30), 8 p.m.: Minnesota Orchestra: Dreams and Discovery. French conductor Fabien Gabel makes his Minnesota Orchestra debut leading a dreamy program of music by Eleanor Alberga (“Shining Gate of Morpheus” for string quartet and horn, featuring Ellen Dinwiddie Smith), Stravinsky (“Pulcinella” Suite), and Mozart (Symphony No. 39). Livestreamed from Orchestra Hall, hosted by Sarah Hicks, and free. Watch on the orchestra’s website or TPT MN. Listen on Classical MPR (newly rebranded as Your Classical MPR). L Saturday, May 1, 7 p.m.: The Hook & Ladder: Under the Canopy: James “Cornbread” Harris.” The Hook’s ambitious outdoor concert series – the announcement of which, last month, filled everyone with giddy hope – will begin with a celebration of Cornbread’s 94th birthday. Sorry, sold out. So are the next two shows. You might want to scan the schedule soon and snap up some tickets.

V Sunday through next Saturday, May 2-8: The Loft: Wordplay 2021. The inaugural Wordplay in 2019 was 10,000-person street festival. In 2020, it was a five-week marathon in a pandemic. For 2021, it’s a well-organized, weeklong celebration of books and authors, with morning programs on children’s and young adult books, afternoon programs on international books, and evening conversations on timely themes and topics. All events are free. An enhanced ticket ($35) gets you into facilitated discussions before or after events, some with author visits. The festival begins with a bang: scaremaster Dean Koontz and crime writer James Lee Burke in conversation at 7 p.m. Sunday. Register here for that. View the complete schedule and plan accordingly.

V Tuesday, May 4, 6 p.m.: MinnPost Events: A Conversation With Senator Amy Klobuchar. The senior senator for Minnesota will discuss her new book, “Antitrust,” current dynamics shaping proposed legislation in Congress, and other topics in the news with MinnPost Washington correspondent Ashley Hackett. Free with registration.