The Schubert Club makes more season announcements than most arts organizations. Each year, it presents several classical music series, each with its own season. May brought news of its flagship International Artist recital series and popular Music in the Park chamber music series. Yesterday, Accordo and Schubert Club Mix.

Accordo is a classical music supergroup of present and former principal players of the St. Paul Chamber Orchestra and Minnesota Orchestra. It will play its 13th season on Monday nights at Westminster Hall in Minneapolis, followed by abbreviated versions of each concert at Icehouse on Eat Street the following Tuesdays. The “Accordo With Silent Film” concert with pianist and composer Stephen Prutsman will return to the Ordway Concert Hall for its sixth year.

Accordo’s whole 2020-21 season was streamed from Westminster Hall. Stephen Copes said in a statement, “Accordo is chomping at the bit to perform for our beloved audience after nearly twenty months away from the concert stage and from performing live, thrilling, and deeply moving music.”

Schubert Club Mix was designed to take the formality out of classical music. Its ninth season will take place in several venues in Minneapolis and St. Paul. A 2020-21 in-person season was announced in September 2020 but walked back in Feb. 2021. Most of the season was canceled or postponed. Some of the artists scheduled for 2020-21 have been moved forward into 2021-22.

Oct. 29 at the Walker’s McGuire Theater: Brooklyn Rider with Kayhan Kalhor, kamancheh, and Mathias Kunzli, percussion. The Brooklyn-based contemporary string quartet, co-presented with the Walker, has been rescheduled from 2020-21. A kamancheh is a Persian bowed string instrument.

Nov. 17 at Park Square Theatre: ZOFO Piano Duo. A 21st-century “Pictures at an Exhibition” performed by piano-four-hands with projected contemporary paintings. Rescheduled from 2020-21.

Jan. 11, 2022, at Aria: Vikingur Ólafsson, piano. The exciting Icelandic pianist is the Schubert Club’s featured artist for 2021-22. He’ll give a concert in the International Artist Series on Jan. 3 before loosening his figurative tie for Mix, when he’ll perform solo piano works by J.S. Bach and Philip Glass.

March 9 at the Fitzgerald: Kronos Quartet: “Fifty for the Future.” The original plan was for Kronos and Terry Riley, the father of minimalism, to perform at the Fitz on April 25, 2020. A great loss of the early pandemic days, the concert was rescheduled to Oct. 28 but never happened. The legendary string quartet is in the midst of a five-year, 50-composition commissioning project of new works, and they’ll draw their program from that. Co-presented with the Walker and YourClassical MPR, this will be Kronos’ first performance in the Twin Cities in more than 10 years.

May 22 at the Fitzgerald: An Evening With PaviElle French & Friends. Award-winning singer and composer PaviElle and her longtime band will be joined by an ensemble of students from Walker West Music Academy in St. Paul, a music learning community rooted in the African American cultural experience.

Subscriptions to Accordo and Mix are on sale now; call 651-292-3268. Single tickets will go on sale in late summer or early fall. Availability will depend on capacity restrictions and state guidelines.

Have you seen the new Schubert Club Music Museum?

Some arts organizations and venues took the forced closure during COVID as a chance to refresh and renovate. The Schubert Club Music Museum (did you know there was one?) has been completely redone, its 4,500-square-foot space on the second floor of the Landmark Center divided into two areas, the new Music Makers Zone and the Keyboard Journey Gallery.

In the Music Makers Zone, the instrument “tornado” now includes an interactive digital screen. A Wall of Percussion features a variety of percussion instruments. for learning and play. Interactive keyboard instruments are available.

The Keyboard Journey Gallery features the Schubert Club’s collection of keyboards, from a 16th-century spinet to a 20th-century Fender Rhodes. The Gilman Ordway Manuscript Collection includes letters written by Mozart, Gershwin, Tchaikovsky and other composers.

The museum also has a gathering and recital space named for pianist and Schubert Club friend Thelma Hunter. Go there to learn about the history of the Schubert Club and listen to recordings from past performances.

Although mostly known as a music presenter, the Schubert Club is committed to music education. The museum is a part of that. The organization also provides free music lessons to kids at the Hallie Q. Brown/Martin Luther King Center, offers music workshops for families, and holds annual scholarship competitions. Go here to learn more. 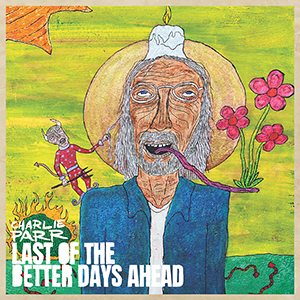 L Today (Wednesday, July 28), 5 p.m., at the Electric Fetus: Charlie Parr in-store performance and signing. The beloved Minnesota-based singer/songwriter signed with Smithsonian Folkways last year, and this event will celebrate the release of his first album on that storied label. “Last of the Better Days” doesn’t officially come out until Friday, but you can get it early if you come to the Fetus. Poet Abraham Smith, who contributed to the liner notes, will open the performance; Parr will sign CDs after.

L Thursday, July 29, 1 p.m. in the lobby of the Jungle Theater: Jungle Costume Sale. Dresses, coats, hats, shoes and more. Probably pants, shirts, jackets and bags? And period costumes. Pay $1 per item or fill a bag for $5. Cash or check only. Paid parking at the Garfield Lot behind the building, or free parking along Garfield Ave. Secrets of the City is calling this “back 2 school shopping.”

L Thursday, July 29, 7 p.m.: Twin Cities Jazz Festival: Jazz Fest Live: Peter Kogan Quintet. Kogan was principal timpani of the Minnesota Orchestra for 29 years. Before then, he worked as a drummer in New York City, soaking up jazz and blues. Now he has his own band (with two CDs, so far) and they’re not playing Beethoven. With Jake Baldwin on trumpet, Joe Mayo on sax, Abebi Stafford on piano and Charlie Lincoln on bass. Free with registration.

L Friday, July 30, 7 p.m. in the Ruin Courtyard at Mill City Museum: Theater of Public Policy: Affordable Housing Past & Present. T2P2 is back after our shared long absence, ready to tell us what’s good for us and keep us laughing. If you ever think there’s something public-policy related you should know more about, but the idea puts you promptly to sleep, see if it’s a topic T2P2 is covering. What they do is bring in policy wonks, interview them, then perform a comedy improv show based on the interview. It’s amazing how much you learn and retain. Friday’s experts are Hennepin County Commissioner Irene Fernando and Kirsten Delegard, co-founder of Mapping Prejudice. FMI and tickets ($15; Minnesota Historical Society members save 20%).

L Starts Thursday, Aug. 5, at the Heights Theater in Columbia Heights: Wes Anderson’s Kingdom. Summer 2021 may turn out to be a permanent heat wave. Maybe every Thursday in August (and the first Thursday in September, too) you should go to the old-fashioned, air-conditioned Heights Theater to watch a Wes Anderson movie. They’re all quirky, but somehow … centered? Plus the Heights is right next to a Dairy Queen and you’re allowed to bring your DQ treats into the theater. Aug. 5: “Rushmore.” Aug. 12: “The Royal Tenenbaums.” Aug. 19: “The Life Aquatic With Steve Zissou.” Aug. 26: “Moonrise Kingdom.” Sept. 2: “The Grand Budapest Hotel.” All screenings at 7:30 p.m. All seats $12. FMI and tickets.