We’ll use today, tomorrow and maybe Thursday to catch you up on arts news that happened last week or didn’t make it in before we went on break.

Due to rising COVID levels and hospitalizations in Louisiana, the New Orleans Jazz & Heritage Festival has been canceled for the second consecutive year. The 2021 festival had already been bumped from spring until October. The new dates are April 29-May 8, 2022. Louisiana is a long way from the Twin Cities, and its COVID numbers are worse than ours, but the news still felt like a hammer falling.

Closer to home, the Lakes Area Music Festival in Brainerd has been canceled. The festival was a week into its 2021 season on the new stage at the Gichi-ziibi Center for the Arts with a new music director, German conductor Christian Reif, when two artists tested positive for COVID. This was despite all of the artists being vaccinated, 98% of ticketholders reporting vaccinations and LAMF taking the extra step of hiring a COVID compliance officer a few days earlier.

Talking Volumes, the long-running author series presented by the Star Tribune and MPR, has announced its 2021 series. This year, like 2020, will feature four authors, but while last year was virtual, this year (fingers crossed) will be live and in person at the Fitzgerald Theater. MPR’s Kerri Miller will host and the Star Tribune will profile the authors.

Sept. 14: Lauren Goff, New York Times bestselling author, winner of the Story Prize and two-time finalist for the National Book Award. Her new book is the historical drama “Matrix,” which follows a young girl cast out of a royal court and sent to an impoverished abbey.

Oct. 13: Amor Towles. The author of the New York Times bestsellers “Rules of Civility” and “A Gentleman in Moscow” will discuss his third novel, “The Lincoln Highway,” set in the 1950s.

Curious about Talking Volumes history? In Sept. 2020, the Star Tribune published a complete list of Talking Volumes guests from 2000-20. Some seasons (not many) have had four authors, most five or more; 2001-02 had nine, including DiCamillo.

When the Guthrie announced its 2021-22 season in June, it left a hole. The theater was still in negotiations for what Artistic Director Joseph Haj described as “it’s a comedy, it’s lighthearted and it has a ton of music in it.” The season is now complete; the seventh play will be Karen Zacarias’ “Destiny of Desire,” with choreography and music. Subtitled “an unapologetic telenovela in two acts,” it will run April 30-June 5 on the McGuire Proscenium Stage before moving on to its Broadway debut. The director will be Tony winner Ruben Santiago-Hudson (Broadway’s “Jitney”).

Ten Thousand Things Theatre has announced its 2021-22 season. Like other arts organizations emerging from COVID, it’s not offering the customary run of live plays, concerts or dance performances, but a hybrid mix of offerings both in-person and virtual.

Oct. 14-Nov. 21: Shakespeare’s “The Comedy of Errors.” TTT has always done Shakespeare exceptionally well, preserving the language and the Shakespeareaness while making it understandable and meaningful to our time. Artistic Director Marcia Lorca will direct a production in location(s) TBA. TTT also plans to make a video recording available for streaming, with details TBD.

Nov. 24-Dec. 19: “Handprints,” a film by Greta Oglesby in collaboration with Freestyle Films (E.G. Bailey and Shá Cage). A humorous and poignant two-person autobiographical story based on Oglesby’s book “Mama ’n ’Nem, Handprints on My Life.”

March 31-May 8: Keith Glover’s “Thunder Knocking on the Door.” The joyous production that COVID closed on March 13, 2020, will return as the season finale for 2021-22. A video recording will be available. “Thunder” was the last thing we saw before the lockdown began.

Uprising Theatre Company is calling it quits. Founded in 2015 by Artistic Director Shannon TL Kearns as a space for trans and nonbinary voices, Uprising shared stories that empowered the transgender community while raising awareness and nurturing empathy in cisgender audiences. In its time on the Twin Cities theater scene, it presented 14 full mainstage productions. “The Final Curtain: A Farewell Celebration” is planned for Saturday, Aug. 28, from 5:30-8 p.m. Admission is free; donations are encouraged. Please register by Aug. 15.

L Thursday, Aug. 12, CHS Field: Cat Video Festival 2021. We have been told that this video is not the same compilation reel the MSP Film Society showed a couple of weeks ago. But would you really care if it is? Dear cats and kittens, this is about the scene. A dollar from each ticket sold will go to Bitty Kitty Brigade. FMI and tickets ($15 general admission, $75 VIP, kids 5 and under free). Doors at 6 p.m., film at 8 p.m. 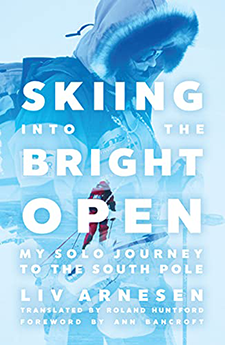 L and V Thursday, Aug. 12, 6 p.m., Norway House: “Skiing into the Bright Open: My Solo Journey to the South Pole” book launch with author Liv Arnesen. Seven years before Arnesen and Ann Bancroft trekked across Antarctica, Arneson became the first known woman to ski unsupported to the South Pole, covering 745 miles in 50 days. Published 25 years ago in Norway, her book is finally available in English, translated by Roland Huntford (himself a polar historian) and with a foreword by Ann Bancroft. (One chapter is actually called “I’m Enjoying Myself!”) Arnesen’s presentation will be followed by a Q&A led by Mark Ritchie, who’s been in the news for working to bring the 2027 World Expo to Minnesota. Free with registration. In-person tickets are gone, but you can watch the livestream.

L Friday, Aug. 13,  Crooners: Adam Meckler Orchestra. The last time we saw trumpeter and composer Meckler lead his 18-piece jazz orchestra was in April 2019 at the Parkway for their “Magnificent Madness” album release. Shortly after, Meckler and his family, including singer Jana Nyberg, left town for a new life in Michigan’s Upper Peninsula, where Meckler is director of jazz studies at Michigan Technological University. Catch him and his orchestra while you can. In the Belvedere, the big white tent between the supper club and the lake. Doors at 6:15 p.m., show at 7:30 p.m. FMI and tickets ($25).

Oct. 12: Pat Metheny Side-Eye with James Francies and Joe Dyson. The 20-time Grammy winner, NEA Jazz Master and guitar genius is out with a new project and a new band. 7:30 p.m. at the Pantages. FMI and tickets ($54-79).