If the January blues have got you down, find a pick-me-up in Twin Cities arts and culture. At the White Bear Center for the Arts, hear from six of the Latin artists featured in a yet-to-be-released book by William Gustavo Franklin about Latin arts in Minnesota. This week also marks the beginning of the Out There series at the Walker Art Center, which is always a great reprieve of innovative performance this time of year. On Friday, the legendary Sounds of Blackness visits the Ordway. For poetry fans, head to the Woman’s Club for a one-woman play about Emily Dickinson. Then on Sunday, hear some live jazz music before seeing a documentary about jazz pianist Bill Evans.

Poets, Writers and Musicians Against the War on the Earth and for the People of Ukraine

Back in 1965, poets Robert Bly and David Ray formed an organization called American Writers Against the Vietnam War, which held readings, meetings and rallies featuring famous poets like Adrienne Rich, Grace Paley and Allen Ginsberg. Minnesota author James P. Lenfestey remembers bringing his students to one of the events in 1969, driving them in his VW van from the University of Wisconsin-River Falls campus to a protest at the University of Minnesota. Lenfestey, a former editorial writer for the Star Tribune, author, and educator, was instrumental in bringing Bly’s papers to the University of Minnesota libraries and also co-edited a book on the poet. Five years ago, Lenfestey contacted Bly’s widow, Ruth, as well as poet Freya Manfred and musician Timothy Frantzich to organize “Poets, Writers and Musicians Against the War on the Earth.” This year, they decided to make the event a benefit for the people of Ukraine. The lineup includes Ukrainian singers Tatiana Riabokin (who also plays the Ukrainian national instrument— the bandora) and Nataly Nowytski along with John Munson of the New Standards, and singer/songwriter Dylan Hicks. Also on the line-up are cellist Michelle Kinney, folk singer-songwriter Larry Long, cellist Jacqueline Ultan, and poets Hawona Sullivan-Jansen, Thomas R. Smith and Dougie Padilla. Frantzich will share his poetry, and Robert Bly’s work will be shared as well. Thursday, Jan. 12 at 7 p.m. at the American Swedish Institute (free, donations accepted). More information here.

Latin Art in Minnesota: Conversations and What’s Next

Six artists featured in a new book about Latin artists working in Minnesota converge at the White Bear Center for the Arts on Thursday. Titled “Latin Art in Minnesota: Conversations and What’s Next,” by William Gustavo Franklin, the book, to be released in April, centers around topics of immigration, identity and traditions through stories and experiences of 12 Latino artists in Minnesota. On Thursday’s event, Franklin will be speaking with potter Guillermo Cuellar, painter Alondra Marisol Garza, painter and sculptor Carmen Gutiérrez-Bolger, graphic artist Luis Fitch, sculptor Alonso Sierralta, and documentary filmmaker Cecilia Cornejo Sotelo. Thursday, Jan. 12 from 7 p.m. to 8:30 p.m. at the White Bear Center for the Arts (free). More information and registration here.

Out There: Ontroerend Goed, Are we not drawn onward to new erA

The Walker Art Center’s annual foray into genre-pushing, experimental performance returns for the opening of the Out There festival this weekend. First up is a production by the Ghent-based theater company Ontroerend Goed, fresh from performing at the Under the Radar festival in New York. Their new work, “Are we not drawn onward to new erA,” is a palindrome in its title and structure, and takes on climate change through meticulously orchestrated physical theater. Later in the festival, Andrew Schneider will present an immersive (and sadly sold out) light installation, “N O W I S W H E N W E A R E (the stars),” and the Walker also presents a visual arts exhibition as part of the festival, by returning artist Sarah Michelson. In the past, Michelson has been presented as a choreographer. The festival wraps up with the world premiere of vocalist Cécile McLorin Salvant’s song cycle for a chamber jazz orchestra, titled “Ogresse: Envisioned” on Feb. 24 and 25. That animated work will include projected animations by Salvant and Belgian animator Lia Bertels. Ontroerend Goed’s performances are Thursday through Saturday, Jan. 12 to Jan. 14 at 8 p.m. at the Walker ($31.50). More information here.

Sounds of Blackness’ “Music for Martin”

Early in her career, after performing in an episode of the “Mary Tyler Moore Show,” actress Linda Kelsey landed a role in spinoff of the show called “Lou Grant,” which earned her three Golden Globe Award nominations and five Primetime Emmy Award nominations, plus a win each for each award. In recent years, Kelsey has proved a powerhouse in regional theater, starring in productions and Minnesota theaters like Park Square Theatre and others. Teaming up with director Craig Johnson, Kelsey plays the role of Emily Dickinson this weekend at the Woman’s Club in one-woman play, “The Belle of Amherst,” by William Luce. Performed in the main lounge upstairs, the performance’s proceeds will go towards the Club, which was recently added to the National Register of Historic Places. Friday, Jan. 13 at 7 p.m., Saturday, Jan. 14 at 7 p.m., and Sunday, Jan. 15 at 3 p.m. ($30). More information here. 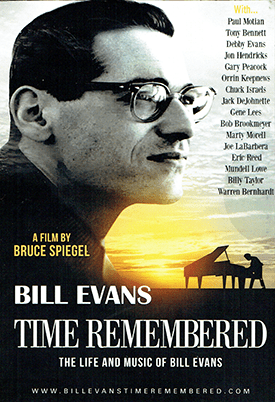 Head to the Parkway Theater for a screening of Bruce Spiegel’s 2017 documentary about the life of jazz pianist Bill Evans, made up of 40 interviews — including Tony Bennett, Billy Taylor, singer Jon Hendricks and jazz drummer Joe LaBarbera as well as archival footage. Before the film, you’ll see a performance by the Larry McDonough Quartet, featuring pianist McDonough, Richard Terrill on saxes and poetry, Greg Stinson on bass, and Dean White on drums. The ensemble specializes in performing Evans’ music. The evening also includes an audio interview of Evans by Leigh Kamman. Sunday, Jan. 15 at 7 p.m., with music at 7, audio interview at 8, and the film at 8:15 p.m. ($10). More information here.