Part one of an eight-part series

Audra Otto loves reading books, talking to writers, visiting book clubs, digging up photos, and hanging around the Minnesota Historical Society. Holder of literary degrees from the University of St. Thomas and the National University of Ireland, she’s been a major player helping MinnPost get the Book Club Club off the ground. Today, as we launch BCC, we begin a series called Letters from Audra, talking about the role that book clubs have played in the lives of Minnesotans from 1880 to today.

Eighteenth- and early 19th-century literary societies are often cited as direct ancestors of modern book clubs. While there is a certain continuity, the lineage is indirect at best. Members of today’s loosely organized, wine-drinking book clubs would hardly recognize their rigidly formal and intellectually rigorous predecessors. 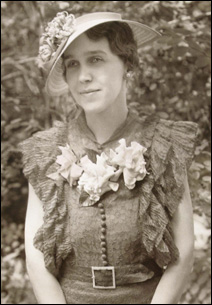 During the late 19th century, when education became increasingly important for middle-class Americans, women were largely excluded from institutions of higher education, forcing them to obtain postsecondary education outside of formal institutions. For the large numbers of middle-class women who had no possibility of attending college, literary clubs offered the possibility of lifelong learning.

The stated purpose of these early clubs was the study of history, literature, and art, as well as general improvement of intellectual and social culture. Women’s reading clubs of the past had a firm dedication to improving the mind and adopted demanding programs of study, demonstrating their right to share in literary knowledge and their capability of participating in higher-educational systems and in civil life.

Some intense book clubs of today may rightfully claim to have roots in the 1800s, but most of those spawned in the recent book club boom are an entirely different breed of reading group. The majority of current book clubs can be traced back to the early 1980s, when Helen Hooven Santmyer published “And Ladies of the Club,” or the mid-1990s, when Oprah launched her televised book club and spurred the formation of book groups nationwide.