“Have no fear,” club leader Eric Jayne assured MinnPost intern Oliver St. John prior to attending the meeting. “This is a group of  intellectuals, not devil worshippers.”

Certainly, there was nothing unhallowed about the group’s gathering spot — Davanni’s Pizza in Burnsville. 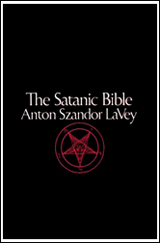 This month’s book discussion centered on “The Satanic Bible” by Anton Szandor LaVey, the American founder and self-proclaimed high priest of the Church of Satan.

“We’ve discussed many different faiths,” said Jayne, “so why not satanism?”

A meet-up — without the miles
Minnesota Atheists — the largest atheist organization in the state — is a nonprofit affiliated with Atheist Alliance International. In operation since 1991, Minnesota Atheists aims to educate the public about atheism and promote the positive contributions of atheism to society.

Founded by Felicia Parsons in early 2009, the Minnesota Atheists Book Club was created as a way for  Burnsville members of Minnesota Atheists to get together and share ideas — without having to drive to Minneapolis or St. Paul, where the organizations’ events normally take place.

“We needed an outlet,” said Jayne of the impetus to form the book club.”We can’t really talk about our ideas out in the open.”

The club generally reads books on religious philosophy and atheism — including books that challenge atheism.

LaVeyan Satanism: more self-indulgent than diabolic
“The Satanic Bible” isn’t what a reader might expect (a blood-curdling glimpse into a barbarous world of Satan worship).

There’s no talk of frightful demons, infanticide or gory human sacrifices; no witchcraft, spells or poisonings. 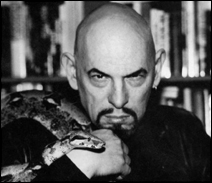 Written by LaVey in 1969, “The Satanic Bible” is a manifesto of atheistic satanism, as distinguished from traditional Judeo-Christian definitions of satanism (theistic satanism), which center on a belief in the spiritual figure of Satan.

LaVey casts Satan as a symbol of carnality and pleasure, of humanity’s base inclinations; “The Satanic Bible” is an unexpectedly logical argument for a life focused on self-indulgence.

Most of LaVey’s essays center on the importance of free will.

During their discussion, the book club agreed that LaVeyan Satanism seemed to be “a weird twist on humanism.”

An atheist schism
The concept of satanism — even the word itself — is extremely controversial in the atheist community, to the point of being taboo.

Some book club members voiced concern that reading and discussing a text like “The Satanic Bible” would cast their group in a bad light.

Jayne even received an email from a concerned member of Minnesota Atheists requesting that the club read a different book. “You’re feeding into the stereotype,” he warned.

The good, the bad, and the campy
Despite criticism, the book club went ahead and read LaVey’s manifesto.

Many members were surprised by the tameness of the book.

“I kept expecting to reach the scary part — but there wasn’t one” commented a group member.

The club found the rituals in the book hokey and “hard to take seriously.”

“This reads a lot like gamer’s handbook,” he opined.

On the whole, the club approved of the book’s  humanistic aspects and positive worldview.

“The Pope could learn a lot from LaVeyan satanism,” commented a member named Chuck, who applauded the book’s emphasis on religious tolerance.

“Reading this could be totally detrimental at [age] fifteen,” said book clubber Jill.

Referring to the book’s theme of sexual liberation, she said, “It embraces promiscuity — reading this at a vulnerable age could convince an adolescent to enter precarious situations.”

“Horror” rituals
After a few slices of pizza, conversation shifted from reactions to “The Satanic Bible” to the purpose of religious ceremony.

“Do you think it’s true that we long for ceremony?” asked club member Caroline. “Do we need to sit and chant these ridiculous sayings?”

On a Minnesota Atheists events page, Jayne claims the church activities and ceremonies he attended as a child were a waste of time. “Back then I believed in God, but I didn’t want to learn about him on Wednesday nights, especially when “The Fall Guy” was on TV!”

Participants spoke as disdainfully of satanic rituals as well as Christian.

“The rituals in [“The Satanic Bible”] were theatrical and empty.”

The club spoke of rituals as worthless religious conventions until someone reminded the group of a glaring secular ritual they held in common: frequenting midnight showings of 1975 cult film, “The Rocky Horror Picture Show.” 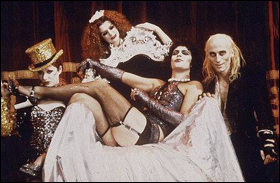 “Rocky Horror” screenings — and the fans in drag filling the seats — have a long tradition of bizarre rituals.

Varying by region, rituals run the gambit from throwing toast at the screen when a character proposes a toast, to requiring first-timers — “Rocky Horror virgins” — to commit an obscene act during the screening or undergo hazing.

Jill recounted her experience as a “Rocky Horror virgin,” while a freshman at St. Catherine University: “Before the film began, my friends and I had to line up along the front of the theater and everyone in the audience had to hit us on the butt. It hurt to sit down.”

“You need to have the audience participation!” asserted Jayne.

Once book clubbers admitted their secular rituals were as numerous and strange as religious ones, their talk embraced ritualistic practices as a way to build community.

Atheism — with a side of facetiousness
With Jayne as its charismatic leader, the Minnesota Atheists Book Club continues to be a successful forum for exploring philosophy and atheism — not to mention a great excuse for food and fun. 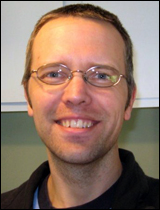 This group is always up for a laugh.

Jayne regularly leads tongue-in-cheek “de-baptism ceremonies,” where the baptized are blown over by the Hair Dryer of Reason, symbolically evaporating the baptismal waters.

After rescinding baptism, attendees can enjoy cocktails and appetizers.