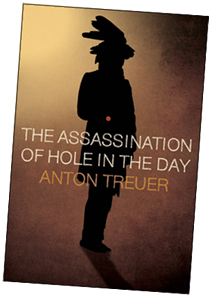 On June 27, 1868, Hole in the Day (Bagone-giizhig) the Younger left Crow Wing, Minn., for Washington, D.C., to fight the planned removal of the Mississippi Ojibwe to a reservation at White Earth.

Several miles from his home, the self-styled leader of the Ojibwe nation was stopped by at least 12 Ojibwe men and fatally shot.

Hole in the Day’s death made national news, and rumors of its cause were many — personal jealousy, retribution for claiming to be head chief of the Ojibwe, retaliation for the attacks he fomented in 1862, or reprisal for attempting to keep mixed-blood Ojibwe off the White Earth Reservation.

Later, investigators found evidence of a more disturbing plot involving some of his closest colleagues: the business elite at Crow Wing.

When examining the life — and explaining the death — of Hole in the Day, historians have concentrated on the Ojibwe relationship with whites; author Anton Treuer now illuminates his story from within Ojibwe culture. 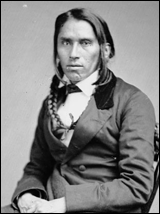 In his new book, “The Assassination of Hole in the Day,” Treuer focuses on inter-tribal relationships and the role of Ojibwe culture and tradition to explain the events leading up to the murder of the controversial and charismatic leader.

Demonstrating a “powerful command over Ojibwe culture and linguistics” (author Ned Blackhawk), the book provides an insightful analysis of a pivotal time in the history of the Ojibwe people.

Drawing on interviews with more than 50 elders, Treuer illuminates the personality and politics of the Ojibwe chief who led his people through the first difficult years of dispossession by white invaders — and created a new kind of leadership for the Ojibwe. 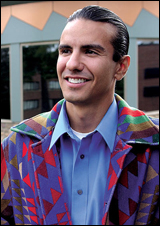 MinnPost — in conjunction with Minnesota Historical Society Press — is giving away two hardcover copies of “The Assassination of Hole in the Day.” If you are a member of a registered BCC club and would like to enter to win, email bookclubclub [at] minnpost [dot] com by Monday, November 22 at 5 p.m. Include the name of your registered book club and a mailing address.